Shorn of live performance opportunities, many musicians are taking to the internet to display their wares. One such in the German-born but Amsterdam-based recorder player Anna Stegmann, a regular teacher at in the UK at the Royal Academy of Music and the Royal Northern College of Music. She released the three episodes of Series One, Fantasy and Design, during July, August and September 2020. It is the first of a continuing programme of short (15/20′) recitals, with Series Two following monthly from October to December. The videos can be previewed and seen in full for “a small financial contribution” with the option to add donation after each episode.

END_OF_DOCUMENT_TOKEN_TO_BE_REPLACED 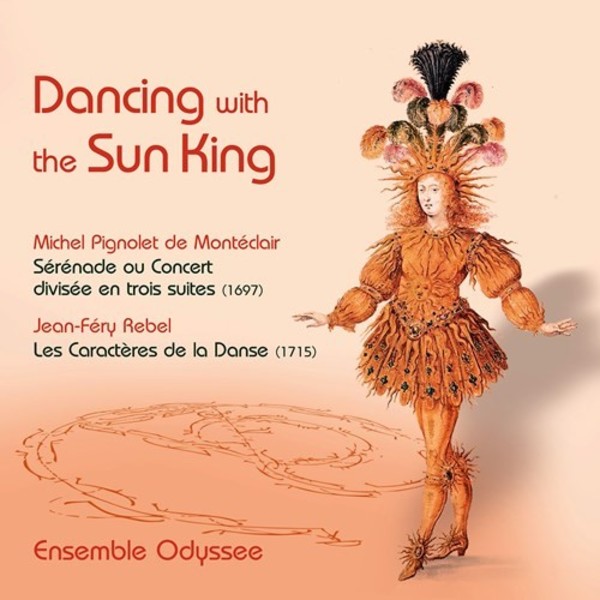 For a demonstration of just how colourful French Baroque orchestral music can be, this recording by Ensemble Odyssee of music from the time of Louis XIV can’t be beaten. The bulk of the recording is devoted to the 1697 Serenade ou Concert divisee en 3 suites by Michel Pignolet de Monteclair, one of the lesser-known composers of the period. Separating the three Suites are individual pieces by Monteclair’s contemporary, Jean-Fery Rebel (Boutade & Caprice) and the concluding 1715 Les Caracteres De La Danse. END_OF_DOCUMENT_TOKEN_TO_BE_REPLACED

William Babell (c1690–1723) is best known today (if at all) for his technically demanding harpsichord transcriptions of Handel pieces, giving a fascinating insight into the sort of improvisatory ornaments and additions to the musical text that Handel himself was famed for. He came from a musical family, his father playing bassoon in the Drury Lane Theatre orchestra. Babell started out as a violinist in the Court Orchestra of George I, before becoming known as a harpsichordist and organist, preceding the famed John Stanley as organist at All Hallows, Bread Street, London. This excellent recording by the Amsterdam-based Ensemble Odyssee throws some light on other aspects of Babell’s short-lived musical career. His Opus 3 Concertos were collected together, in a rather random form, by Walsh three years after Babell’s death, aged just 33, apparently from “intemperate habits”. This recording uses on a new edition by Andrea Friggi (the Ensemble Odyssee harpsichordist) based on the confusing Walsh print. END_OF_DOCUMENT_TOKEN_TO_BE_REPLACED

The Korkyra Baroque Festival (Korculanski Barokni Festival) was founded in 2012 on the delightful Adriatic island of Korčula (aka Korkyra, Korcula) on the Dalmatian archipelago between Split and Dubrovnik in the southern part of Croatia. Drawing attention both to music and the cultural and artistic heritage of Korčula, the festival runs annually for about two weeks at the beginning of September. Concerts (of just over an hour in length) are generally first performed in the historic fortified town of Korčula and are then repeated in other towns on the island, on nearby islands,, and on the Peljesac peninsula.