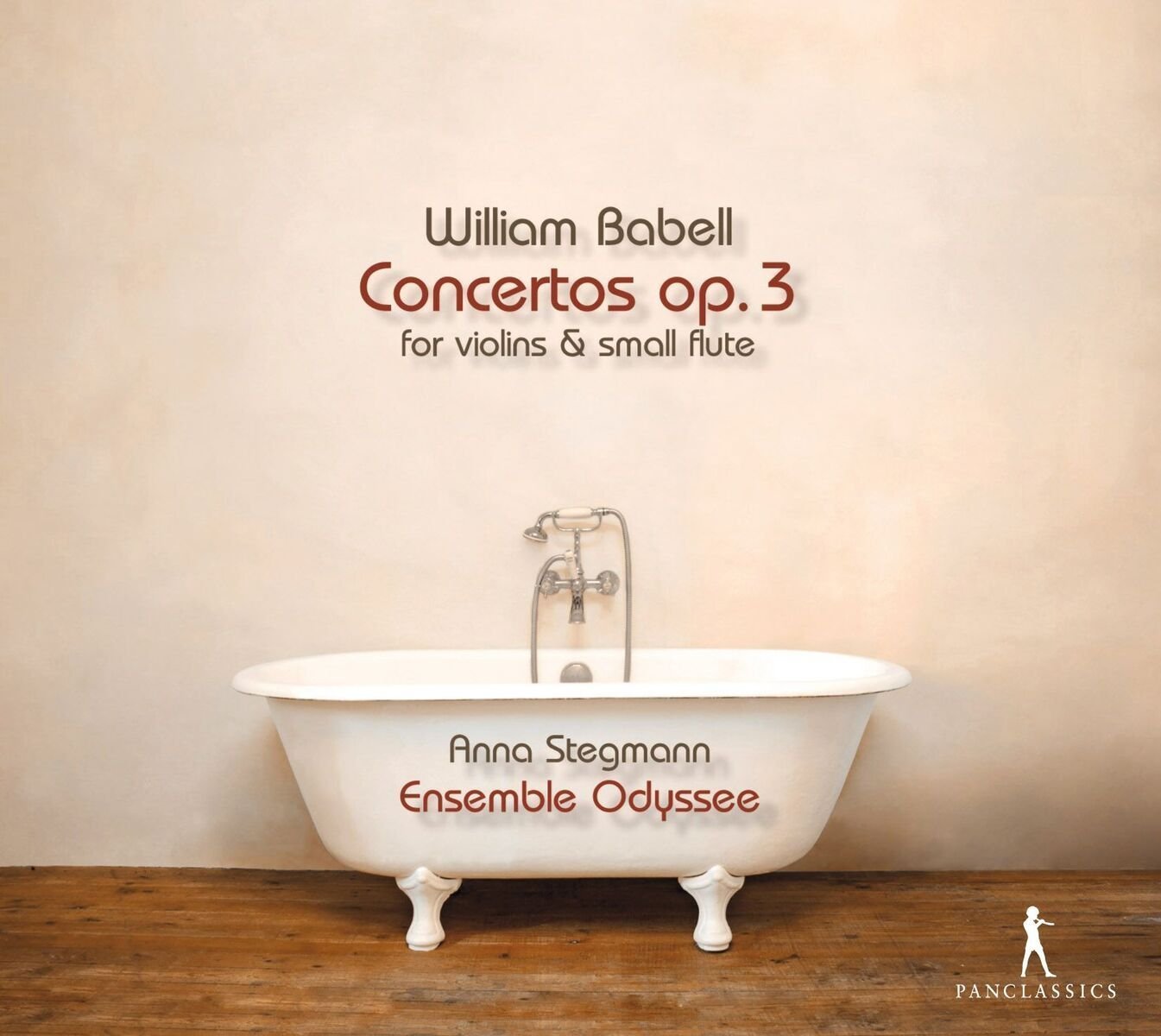 William Babell (c1690–1723) is best known today (if at all) for his technically demanding harpsichord transcriptions of Handel pieces, giving a fascinating insight into the sort of improvisatory ornaments and additions to the musical text that Handel himself was famed for. He came from a musical family, his father playing bassoon in the Drury Lane Theatre orchestra. Babell started out as a violinist in the Court Orchestra of George I, before becoming known as a harpsichordist and organist, preceding the famed John Stanley as organist at All Hallows, Bread Street, London. This excellent recording by the Amsterdam-based Ensemble Odyssee throws some light on other aspects of Babell’s short-lived musical career. His Opus 3 Concertos were collected together, in a rather random form, by Walsh three years after Babell’s death, aged just 33, apparently from “intemperate habits”. This recording uses on a new edition by Andrea Friggi (the Ensemble Odyssee harpsichordist) based on the confusing Walsh print.

The music is very much in the early 18th-century English Handel-influenced style. It frequently written with just two parts, and one attractive feature of this interpretation is that these passages are usually performed without filling-in by the continuo harpsichord. Although such moments can sound a little sparse at first hearing. it is very much in the style of the period. Babell’s links with Handel operas are apparent, notably in the Concerto 2. This opens with two intertwining violins before what could well be an operatic soprano aria, the recorder’s messa di voce soaring above the accompaniment.

As well as the six Opus 3 Concertos, we also hear the first recording of a Sinfonia in A for solo harpsichord and strings found in Swedish manuscripts. The last movement is in the form of a harpsichord concerto, and could well be the first such piece as it was composed before Handel’s own organ concertos.

Charles Burney was rather scathing of Babell’s harpsichord transcriptions as “showy and brilliant lessons, which by mere rapidity of finger in playing single sounds, without the assistance of taste, expression, harmony or modulation, enabled the performer to astonish ignorance, and acquire the reputation of a great player at a small expence … Mr Babel at once gratifies idleness and vanity.” Johann Mattheson, however, considered Babell a better organ virtuoso than Handel. These Concertos, given a very welcome airing by Ensemble Odyssee, help to lift Babell’s reputation and also to bring a focus on the distinct English style of this period.

Alongside Anna Stegmann’s inspirational recorder playing (of the ‘small flute’, also known as a ‘sixth flute’, a soprano recorder in D), there are excellent contributions from harpsichordist Andrea Friggi, the violinists Eva Saladin and Nadine Henrichs, and Maria Martinez Ayerza, recorder.