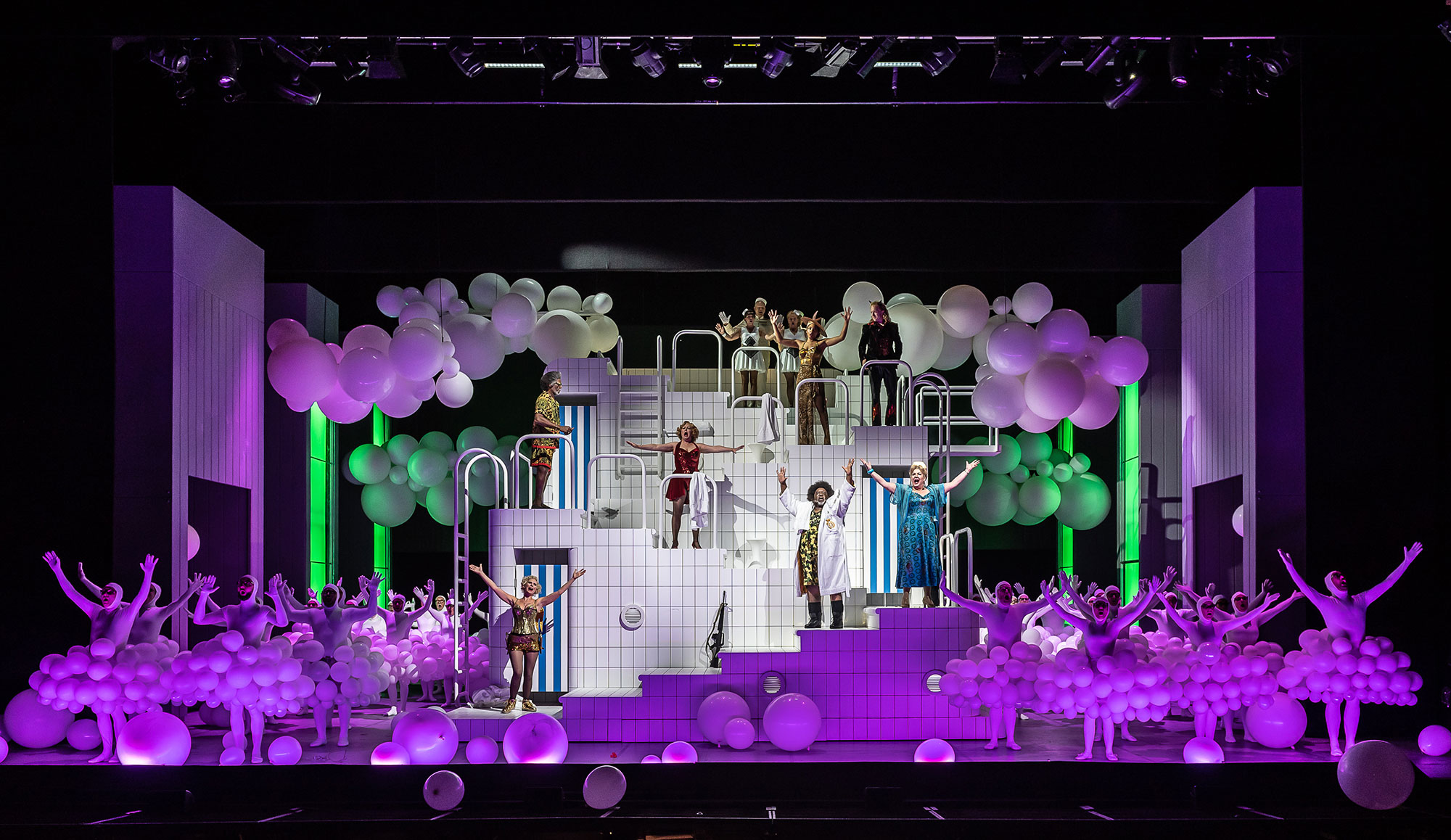 The classical legend of Orpheus, dating back to the 6th century BCE, has been an inspiration for artists and musicians for more than 2,000 years. The related story of the death of his wife Eurydice has a more complex background. It has been the focus of musical commentaries from Monteverdi’s sublime 1607 opera L’Orfeo (one of the first known operas) to present-day pop songs and video games. Following Monteverdi, we have Gluck’s 1762 Orfeo ed Euridice, and Jacques Offenbach’s 1858/1874 comic operetta Orpheus in the Underworld (Orphée aux enfers), a satirical parody of Gluck, which formed the basis for this ENO production.

The director was Emma Rice, making her ENO, and, indeed, her opera directing debut after her short and controversial spell at the Shakespear Globe. In a rather desperately overblown attempt to make her mark, she dispensed with Offenbach plot and words and superimposed her own take on the subject, starting with an extraordinarily misplaced back-story.

During the overture (which, incidentally, featured some excellent and very exposed playing from the orchestra’s solo woodwind players) Rice conjured up a bizarre sequence from the early lives of Orpheus and Eurydice as they fall in love, marry, consummate, conceive and produce a child who promptly dies. For a piece set it 1957, the appearance of a 2019 London taxi (embarrassingly sitting about 6 inches above the ground on a pair of furniture-moving trollies) was a bit of a surprise. Its driver was Public Opinion, the guardian of morality and commentator, a role originally intended for a mezzo-soprano but here, in a noteworthy moment of contemporary gender reality, sung by the impressive transgender baritone Lucia Lucas. 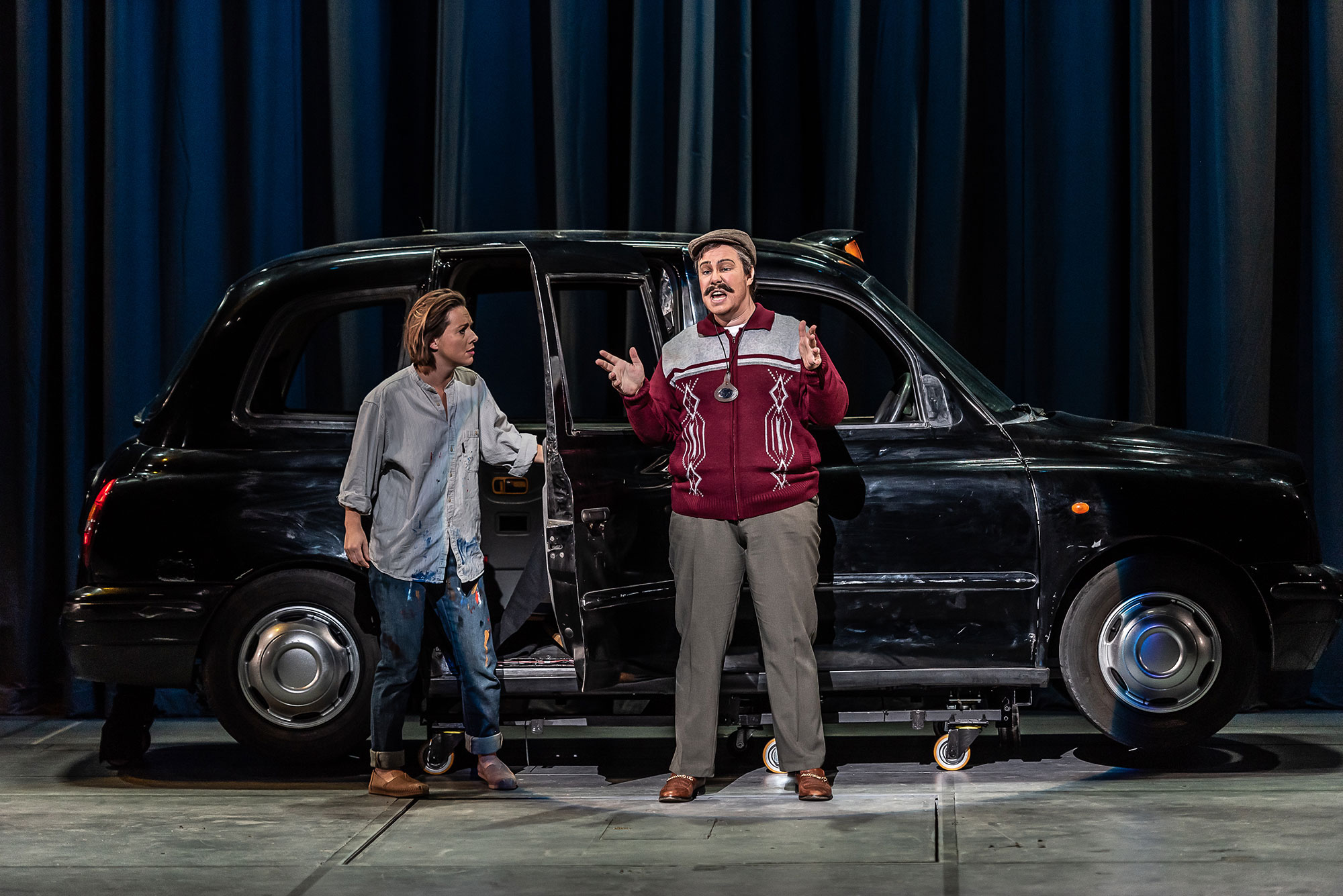 The theory of this interpretation of the plot is that the death of their child causes the rift between Eurydice (Mary Bevan) and Orpheus (Ed Lyon). Eurydice almost immediately has a fling with a rather creepy shepherd – Pluto in disguise (Alex Otterburn). The rest of the evening is taken up with Orpheus’s attempts to win his wife back, with the help of various gods.

The second Act is visibly the most impressive of Lizzie Clachan’s sets, with its upmarket Lido setting passing for the home of the gods on Mount Olympus above the clouds, here in the form of the white balloon-clad chorus. The London taxi curiously managing to land on top of it. Vocally, the gods in his Act were the weakest aspect of the evening, in contrast to the sublime singing and acting of other cast members, notably Mary Bevan, but including Ed Lyon, Alex Otterburn, Alan Oke as John Styx and Sir Willard White as Jupiter. 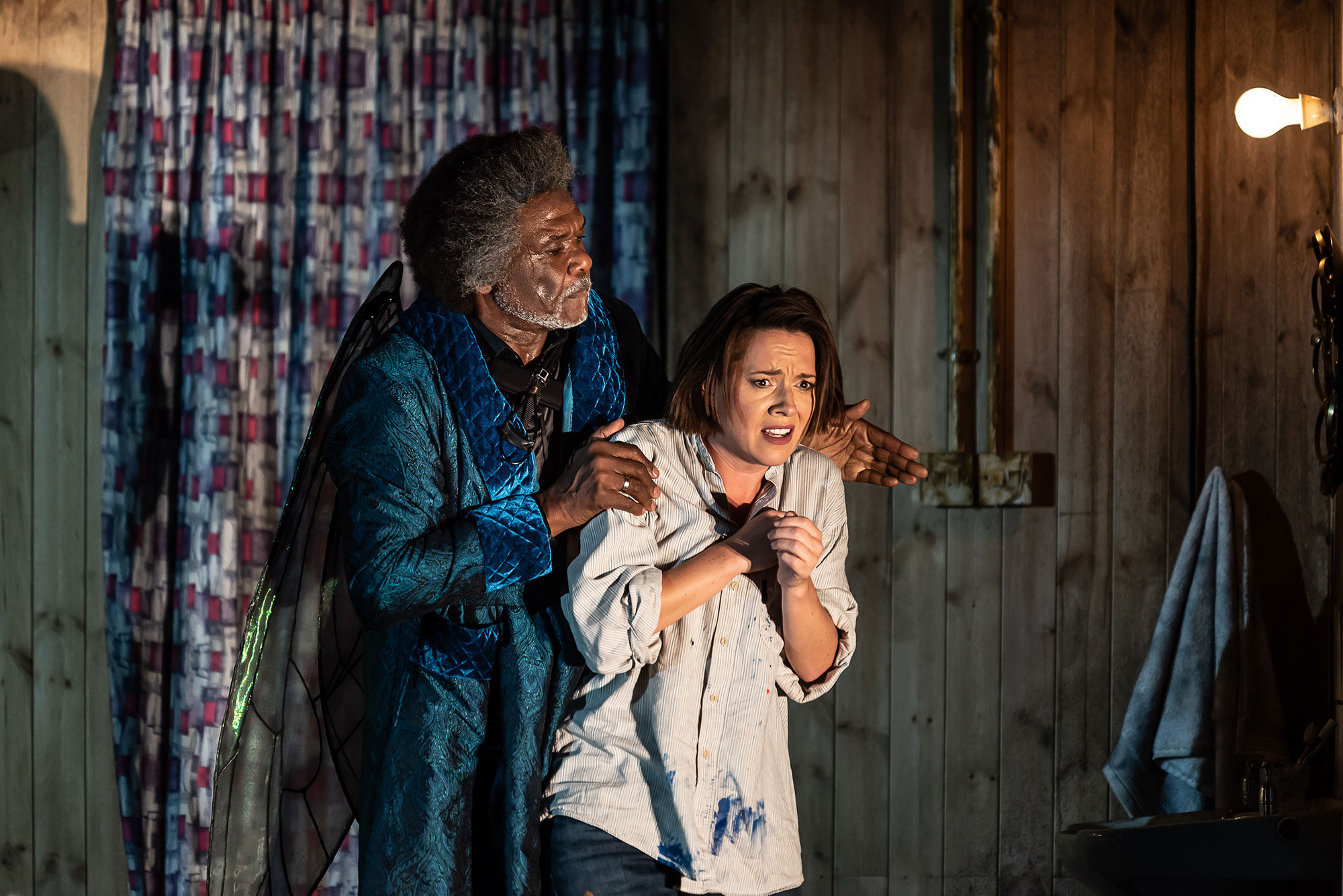 Etta Murfitt was the choreographer, with some impressive set pieces, notably during the final two Acts, set in the underworld of 1950s Soho. The concluding two Acts were crammed full of present-day issues, not least the way that many men treat a woman. Despite the glitz of the setting, and what should have been the fun of what became the ‘can-can’, it was all rather depressing. The opening seduction scene between Jupiter, disguised as a fly, and Eurydice was well-conceived and brilliantly acted by Mary Bevan and the un-named soprano wielding the fly and buzzing.

The conductor was the impressive former ENO Music Director Sian Edwards, bringing an attractive fluidity to the flow of the music. She was well supported by the ENO orchestra led by Janice Graham who provided exquisite violin solos on behalf of Orpheo.

This is one of a series of four ENO operas based on the same story. I have yet to see the others, but I would not be surprised if this turned out to be the least successful directions, despite some spectacular moments and fine singing. I did wonder if Emma Rice had really wanted a completely different opera to make her directing debut with but, landed with this one, attempted to mould into preconceived ideas of her own that she was determined to portray regardless of the piece. 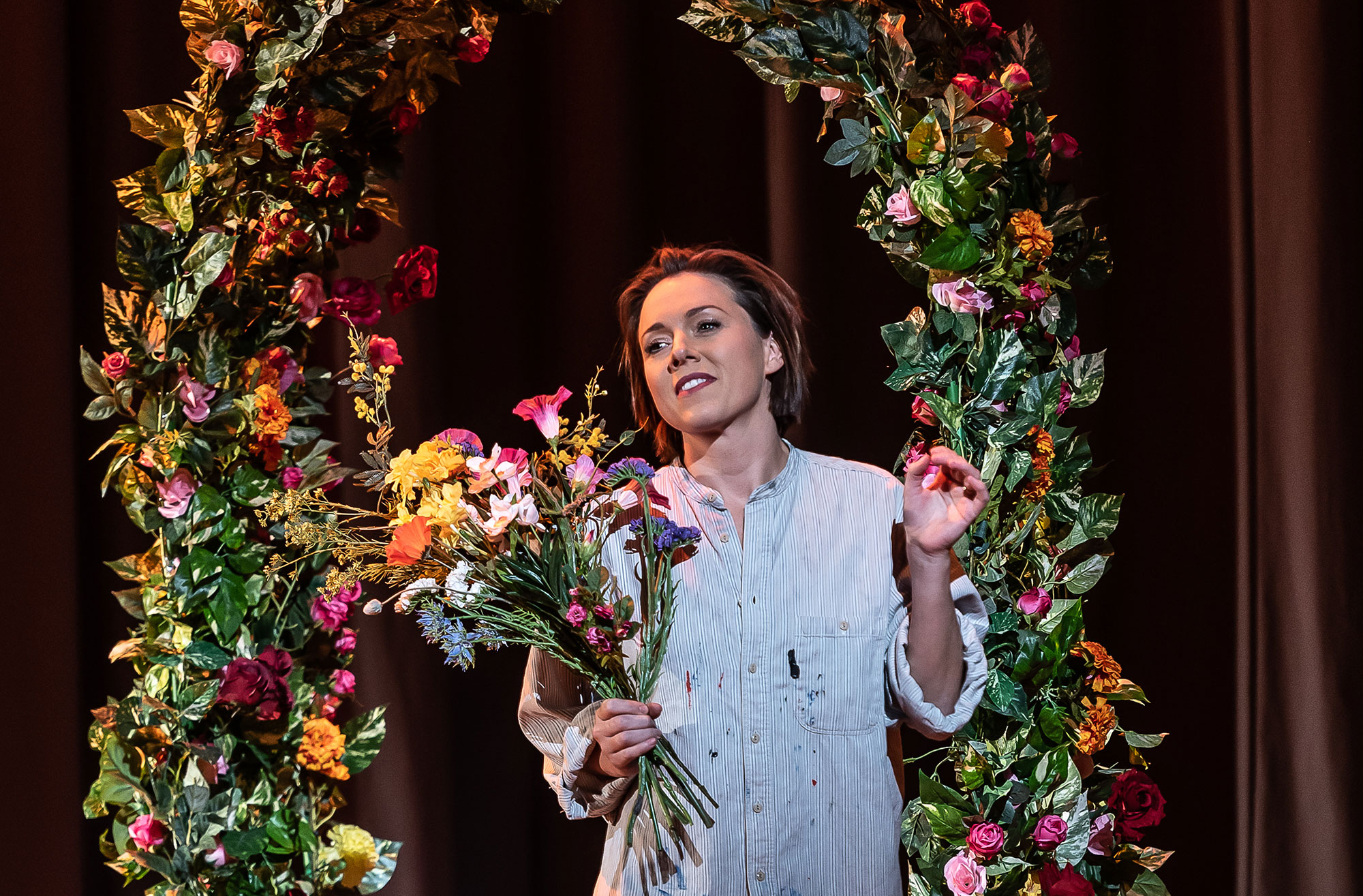