The Regensburg Tage Alter Musik festival takes place annually from Friday to Monday over the Pentecost/Whitsun weekend, whose dates move linked to Easter. The 2019 festival, the 35th, took place over the weekend of 7-10 June, rather later than in previous years and the latest Pentecost weekend until 2030. With 15 concerts over these four days, it is a total immersion of early music performed in some spectacular buildings in Regensburg city centre. The historic city of Regensburg has its roots in the Celtic settlement of Radasbona and the Roman Castra Regina fort, remnants of which can still be seen. It was the early Medieval capital of Bavaria. The 12th-century bridge over the Danube increased its importance as a Free Imperial City within the Holy Roman Empire. It adopted the Reformation in 1542 but retained its Catholic Cathedral and Abbeys. From 1663 to 1806, it was the permanent seat of the Imperial Diet of the Holy Roman Empire, the so-called ‘Perpetual Diet’. The whole of the historic city centre is now a World Heritage Site. END_OF_DOCUMENT_TOKEN_TO_BE_REPLACED 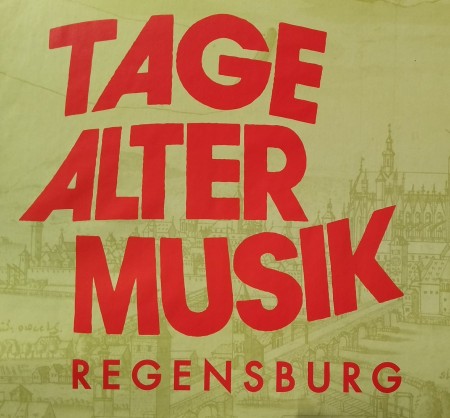 END_OF_DOCUMENT_TOKEN_TO_BE_REPLACED

With 16 concert in four days, held over the Pentecost/Whitsun weekend, the annual Regensburg Tage Alter Musik festival is quite a challenge for a reviewer, but a sumptuous feast for those who manage to attend all the concerts, most of which are sold out. 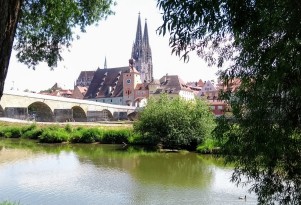 The entire centre of the historic Danube city of Regensburg has been declared a World Heritage site, and all the venues for the festival are in important historic buildings. These range from extreme Baroque and Rococo to austere Gothic churches, and the historic Reichssaal, part of the Altes Rathaus, and for centuries the permanent seat of the Parliament of the Holy Roman Empire. This was the 33rd festival and featured groups from 12 countries, and musicians from a great many more. The Tage Alter Musik website can be see here, with links through to detailed programmes and group websites. END_OF_DOCUMENT_TOKEN_TO_BE_REPLACED

This CD reflects the tradition of polyphonic singing in the style of Palestrina that developed during the 19th century in the collegiate church of Our Lady of the Old Chapel in Regensburg, a tradition that later extended to the Cathedral and its famous Domspatzen boys choir. The recordings are intended as a tribute to the conductor Josef Kohlhäufl, director of music at the Alte Kappelle from 1984 to 2011, who revived the polyphonic tradition during his tenure.

These recordings were made in 1998 and 2000, the earlier recordings, of Michael Haller, with the Regensburger Motettenchor being rather different in both recorded sound and vocal style than the latter offerings. END_OF_DOCUMENT_TOKEN_TO_BE_REPLACED

If sixteen concerts of early music in just four days sound like your sort of thing, Regensburg is the place to be over the Pentecost/Whitsun weekend every year. Their Tage Alter Musik festival is not for the faint hearted, but the musical rewards are enormous, as are the architectural and historic delights of this beautiful Bavarian city on the Danube – the entire city centre is a World Heritage site. Venues for the concerts include extreme Baroque/Rococo, austere Gothic and the historic Reichssaal. This year was the 32nd such festival. One of the attractions of Tage Alter Musik for a reviewer from the UK is that most of the performers that they engage do not visit the UK, so it is an excellent chance to hear what our continental neighbours are up to.

For those with limited time but an insatiable urge to attend early music concerts, I can recommend the Tage Alter Musik festival in the delightful Danube city of Regensburg (the entire city centre is a World Heritage site). With no fewer than 17 concerts in just 4 days, this is not for the faint-hearted. But the musical rewards and the historical venues (which include extreme Baroque, austere Gothic and the Reichssaal, for centuries the seat of the Parliament of the Holy Roman Empire) are worth the attempt. END_OF_DOCUMENT_TOKEN_TO_BE_REPLACED