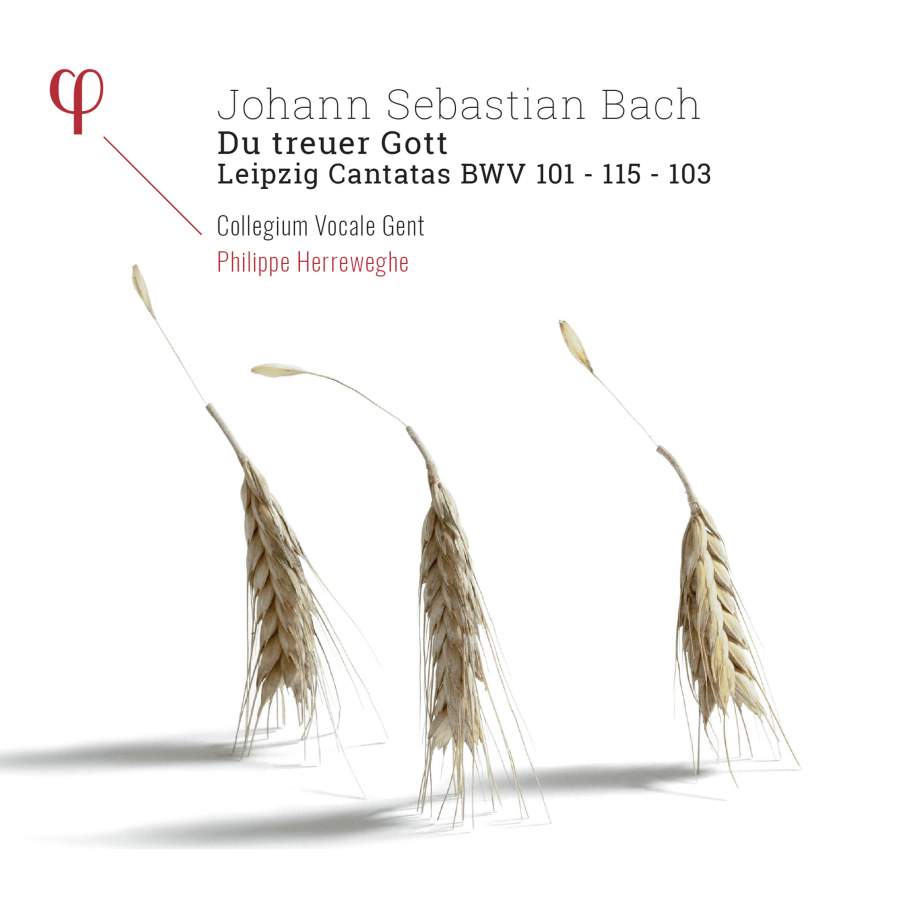 Following two earlier CDs (LPH006 and LPH012) that focussed on cantatas written during Bach’s first year in Leipzig, this recording looks at the second cycle of cantatas, composed in 1724/5. Nimm von uns, Herr, du treuer is based on the chorale melody better known as Vater unser im Himmelreich, the Lutheran version of the Lord’s Prayer. Apart from the first aria (with its delightfully jovial flute solo), this well-known melody is heard in all movements. The two recitatives are interesting, with both alternating the chorale melody with recitative passages, the first in a particularly dramatic mood, the second with some evocative harmonic sequences. The central bass aria also switches between chorale and aria. Bach uses a strong orchestration, with three trombones, three oboes, an oboe da caccia, and a cornett – an unusual use of an instrument that would have been seen as distinctly old-fashioned at the time. The final aria, a reflective duet for soprano and alto, combines flute and oboe da caccia.  END_OF_DOCUMENT_TOKEN_TO_BE_REPLACED