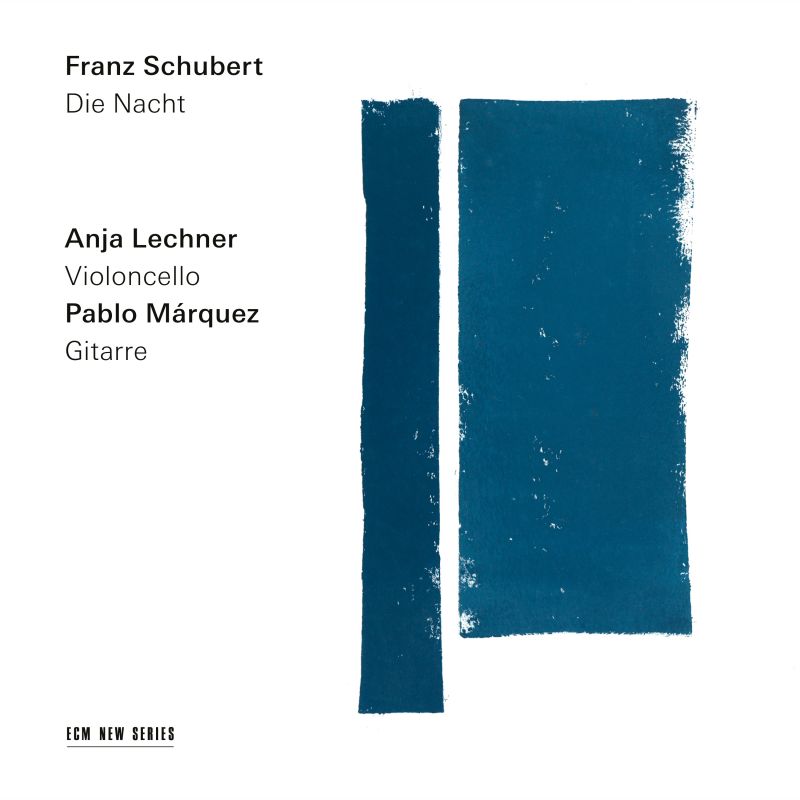 The guitar was a popular instrument in Vienna in Schubert’s time, with several contemporary guitar arrangements of Schubert songs. One such, from the collection of the poet Franz von Wschehrd, has been used as the basis for this recording, along with transcription by the performers of the Romanze from Rosamunde and Der Leiermann. They are contrasted with three guitar Nocturnes by Johann Burgmüller, a younger contemporary of Schubert.

The centrepiece of the CD is an arrangement of Schubert’s elegant three-movement ‘Arpeggione’ Sonata in A minor, D. 821, originally written for an arpeggione, aka, guitar d’amour or bowed guitar. The CD title comes from a recently discovered song, Die Nacht, the mood also set in Nacht und Träume. The arrangement of Der Leiermann (The Hurdy-Gurdy Man) is attractively atmospheric. Schubert died just after completing the proofreading Winterreise so this, the last piece in the set, may have been the last piece of music that he worked on.

The combination of cello and guitar works extremely well, imparting a sensitivity of tone from the accompaniment that is often missing with a piano. Anja Lechner’s cello playing suits the rather subdued mood of the music perfectly, her eloquent tone and intuitively expressive use of early Romantic musical devices being just right for the music.

More information and extracts can be found here. As is so often the case with ECM, the programme essay is quirky.