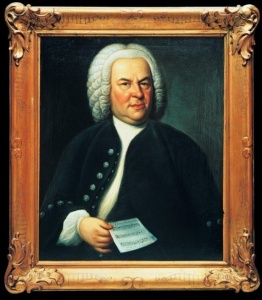 evening, during the opening concert of the Leipzig Bachfest, the famous 1748 Haussman portrait of Bach was formally presented to the Bach Archive in Leipzig.

Inherited by CPE Bach, it was owned by the Jenke family from the early 19th century until 1952, spending time in a farmhouse in Dorset during the war years. It was then bought by the American Bach scholar William Scheide who left it to the City of Leipzig in his will. From tomorrow, 13 June, it will be displayed in the Bach Museum.

The photos below show the unveiling, and the donor’s daughter speaking in Leipzig’s Nikolaikirche.