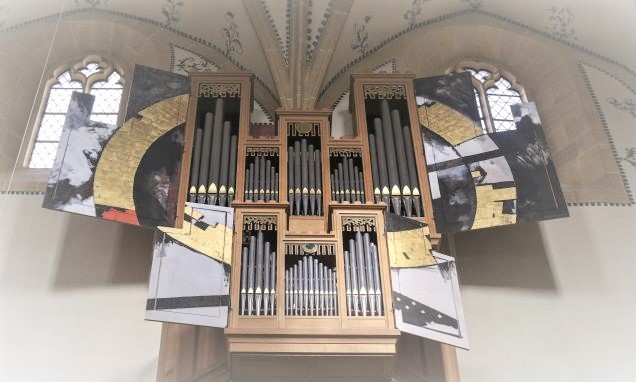 A recital on the reconstruction of the original 1517 ‘Swallow’s nest’ organ (Hochwandorgel) in the Stadtkirche (Temple Allemand) Biel/Bienne. Music by Anon, Dunstable, Preston, Tallis, Byrd, and Bull, the latter played on the Hauptorgel. 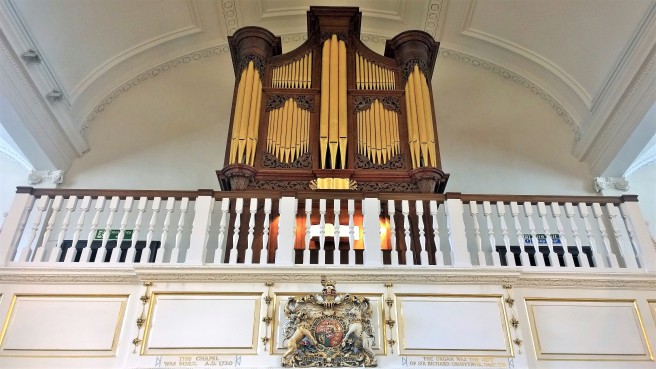 Andrew’s series of concerts featuring the North German pupils of Sweelinck, the ‘Orpheus of Amsterdam’, continues with two recitals of music by one of his most distinguished pupils, Samuel Scheidt. His influential three-volume Tabulatura Nova was published in 1624. It is one of the most important of all collections of organ music. Its 58 pieces are a comprehensive demonstration of compositional styles. This recital, played on the William Drake organ in the Grosvenor Chapel, features three large-scale pieces from Volume 1 of the Tabulatura Nova.

The next Scheidt recital will be on the famous Frobenius organ in the chapel of The Queen’s College Oxford, on Wednesday 24 October 2018, starting at 1:10. It will be of pieces from Volume 3 of the Tabulatura Nova, in the form of Lutheran Organ Vespers.

Both concerts are free admission, with retiring donations welcomed.

Melchior Schildt (1592-1667) was a pupil of Jan Pieterszoon Sweelinck. After a spell as court organist to the King of Denmark in Copenhagen, he succeeded his father as organist of the Hanover Marktkirche, where he remained. This recital includes his Magnificat Primi Modi, and a beautiful intabultation on the funeral motet Herzlich lieb hab’ ich dich.

Melchior Schildt came from a family of Hanover musicians. After spending time in Wolfenbüttel and Copenhagen, he returned to Hanover, succeeding his father as organist of the Marktkirche where he remained until his death. He seems to have been quite a character. While in Wolfenbüttel, he attacked the organ builder Gottfried Fritzsche in the organ loft, nearly strangling him before Fritzsche grabbed one of his heftier organ-building tools to fend him off. The relationship with his second wife was strained, to the extent that, on his death, he arranged for his son to be removed from his mother’s care and given to a guardian. Perhaps in reflection of his own experiences, he further stipulated that his son must not learn any musical instrument for fear that he would adopt a ‘wild and dissolute’ life. He was said to have performed in a dramatic style, playing in such a way as to ‘make listeners ‘laugh or weep’.

END_OF_DOCUMENT_TOKEN_TO_BE_REPLACED

Matthias Weckmann is one of the most influential 17th century organist composers of the North German school. He was born in Thuringia, studied in Dresden with Schütz, a pupil of G. Gabrieli, and in Hamburg with Jacob Praetorius, a Sweelinck pupil. He settled in Hamburg in 1655 as organist of the Jacobikirche where he remained until his death. He is buried beneath the Jacobikirche organ. It was said that Weckmann “moderated the seriousness of Praetorius with the sweetness of Scheidemann, and also introduced many new elegant discoveries“. After Andrew’s Benson-Wilson’s performance of his monumental set of chorale variations on Es ist das Heil kommen her at St George’s, Hanover Square (on 11 October), today’s programmes looks at a selection of Weckmann’s free works, together with two contrasting three-verse works based on chorales.

The Praeludium A . 5 . Vocum is anonymous in the original manuscript, but there are stylistic reasons why it is likely to be by Weckmann, END_OF_DOCUMENT_TOKEN_TO_BE_REPLACED

In the last of his three recitals of the organ music of Matthias Weckmann (in his anniversary year), Andrew Benson-Wilson plays the William Drake organ in the Grosvenor Chapel, South Audley Street, Mayfair in a programme of a Praeludium, Toccata, Canzon, Fantasia and two contrasting chorale-based works.

END_OF_DOCUMENT_TOKEN_TO_BE_REPLACED 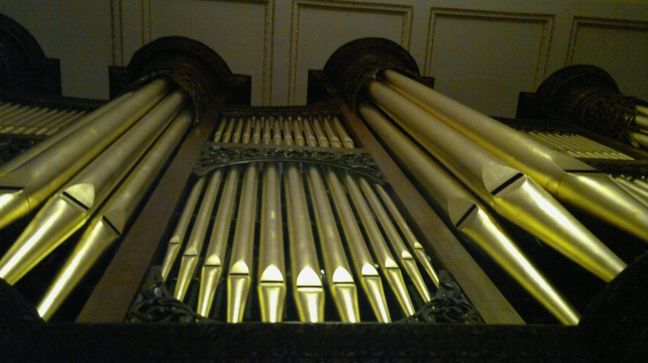 Andrew Benson-Wilson plays the monumental set of 7 verses on the Lutheran chorale ‘Es ist das Heil kommen her’ written by Matthias Weckmann (1616-1674). Lasting about 35 minutes, it is the longest such organ work from the whole of the 17th century. It includes, as the sixth verse, the most extensive and most complex Chorale Fantasia of that era.

END_OF_DOCUMENT_TOKEN_TO_BE_REPLACED

Samuel Wesley was born in Bristol 250 years ago. He was the son of Charles Wesley the hymn-writer and nephew of John Wesley, founder of the Methodist Church. He was a 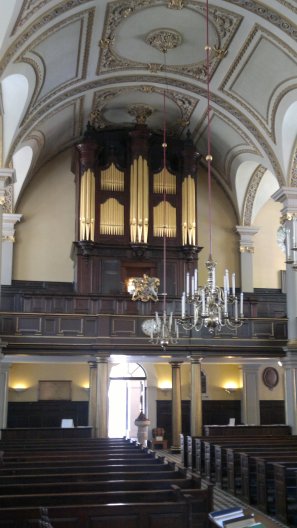 child prodigy, writing his first oratorio, Ruth, aged 6. When he was 8, the composer Dr William Boyce referred to him as the ‘English Mozart’. His family moved to London when he was about 12, living in Marylebone. He led a colourful life, some of his apparent eccentricities possibly being caused by a serious head injury when he was about 21. An organ virtuoso, Samuel Wesley was the leading pioneer of the Bach revival in England. Bach seems to have been a strong influence on his Opus 6 Organ Voluntaries, published between about 1807 and 1820, and the focus of this recital.

The wonderful William Drake reconstruction of the Dallam/Smith/England/Lincon/Gray & Davison organ, contains some of the oldest pipework in London. It is very well-suited to Wesley’s music as, in its current form, it represents the English organ in the early years of the 19th century, with strong reminders of the earlier 17th and 18th English organ style.

END_OF_DOCUMENT_TOKEN_TO_BE_REPLACED 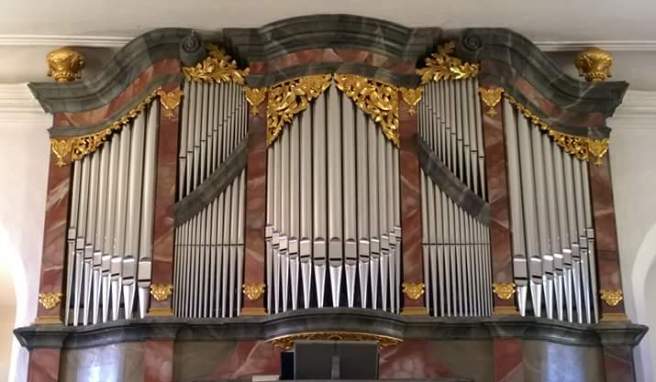 END_OF_DOCUMENT_TOKEN_TO_BE_REPLACED

Matthias Weckmann is one of the most influential 17th century organist composers of the North German – a compositional school that started with Hieronymus Praetorius and the pupils of Sweelinck and culminated in Buxtehude and, by influence, Bach. Weckmann’s contribution was to bring elements of the Italian style to North Germany. Unlike most of his contemporaries who were born in or near Hamburg and studied in Amsterdam, Weckmann was born in Thuringia. He studied in the Dresden Court under Heinrich Schütz, a pupil of Giovanni Gabrieli, and in Hamburg with Jacob Praetorius, a Sweelinck pupil. After periods in Denmark and Dresden (where he befriended Froberger, also born in 1616), Weckmann settled in Hamburg in 1655, becoming organist of the Jacobikirche and setting up the Collegium Musicum. He is buried beneath the Jacobikirche organ. 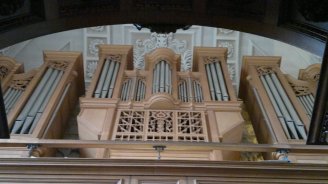 A rare chance to hear some of this fascinating and little-known repertoire, played on the Frobenius organ during its anniversary year.