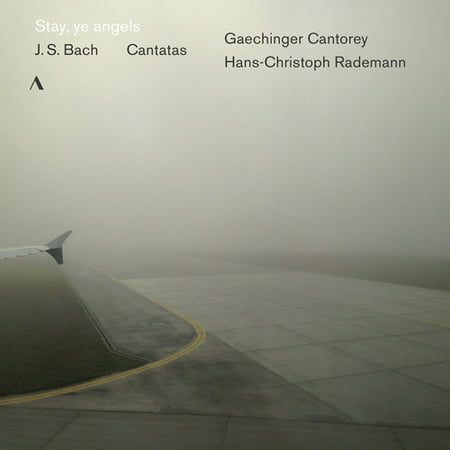 The crowning glory of this recording is the use of one of the finest Baroque (and Bach) organs in the world – the 1746 Zacharias Hildebrandt organ in the Stadtkirche Sankt Wenzel in Naumburg, Saxony- Anhalt, Germany. It was Hildebrandt’s finest and most substantial organ and involved advice from Bach himself. They had met in 1723 when Bach opened Hildebrandt’s first organ in the delightful little village church of Störmthal, just south of Leipzig. Bach and the organ builder Gottfried Silbermann (who had earlier fallen out with Hildebrandt) carried out the final examination of the instrument. It was restored back to its 1746 state in the year 2000. END_OF_DOCUMENT_TOKEN_TO_BE_REPLACED

I have reviewed the Solomon’s Knot collective many times since their early days and have always been very impressed by their distinctive style of musical presentation. Although they perform a wide repertoire of early and contemporary music, it is in the music of Bach that their style seems to be particularly appropriate. This was their Proms debut – a late-night concert of four Bach cantatas all composed for the Feast of St Michael, his dragon-slaying antics making for some dramatic music. The 8 singers perform from memoty, with an attractively informal stage manner, directly addressing the audience and drawing us into the world that they are depicting. As times it is almost like listening in to a conversation between a group of friends. They move centre-stage for choruses individually, like a discussion group slowly forming, and then stand in a tight-knit shallow arc, When one of them is singing a solo, others will often stand nearby, as if listening to and encouraging a friend.  END_OF_DOCUMENT_TOKEN_TO_BE_REPLACED

With an appropriate sense of timing, this CD was released on the day that it was announced that the distinguished countertenor Iestyn Davies was awarded an MBE in the Queen’s New Year’s honours list. For non-UK readers, this is the archaically entitled ‘Member of the Most Excellent Order of the British Empire’ and is awarded for ‘outstanding achievement’. There are at least four higher categories of ‘British Empire’ awards for him to look forward to. This is the third recording he has made with Arcangelo for Hyperion, but this one is very clearly a recording designed specifically to promote Iestyn Davies. His name is given stronger emphasis on the CD cover than the likes of Bach, let alone Arcangelo and Jonathan Cohen, all also pretty good musicians. END_OF_DOCUMENT_TOKEN_TO_BE_REPLACED