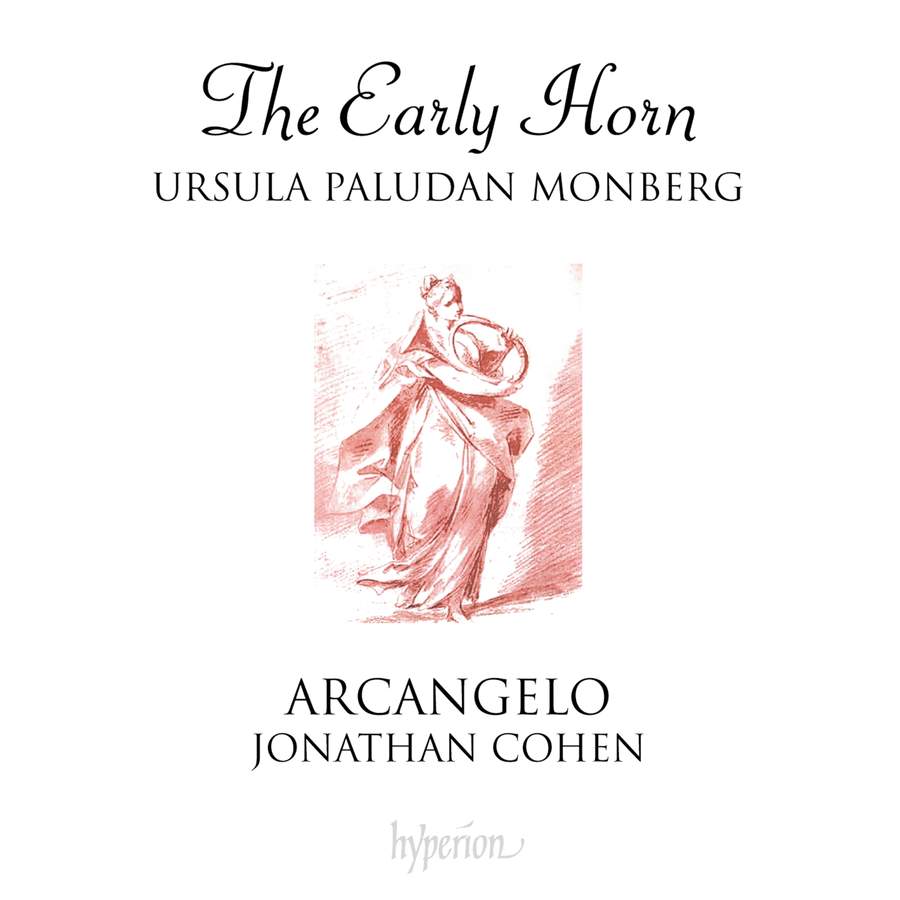 One of the most astonishing developments in musical instrument technology came with the elevation of the horn from its role a rather elemental rallying call to 17th-century aristocratic huntsmen to a sophisticated member of 18th-century court orchestras and chamber groups. One of the key aspects of this development was the technique of hand-stopping to alter the pitch. This was combined with the division of the 15 or so feet of tubing of the wound hunting horn into two parts, the smaller changeable crock allowing for changes of key. This recording explores the wide range of music composed for the natural horn during the 18th-century.

The early years of the development of hand-horn techniques took place in Dresden with Anton Joseph Hampel, one of the court orchestra’s horn players. Carl Heinrich Graun’s early years were in Dresden where he later became Kapellmeister to Frederick the Great. Graun is given two slots on the recording, the first being the sophisticated Trio in D by Carl Heinrich Graun, written for horn, violin and continuo. The Andante includes some virtuoso moments for the horn player, with a number of trills. His Concerto in E flat major for horn, oboe d’amore and continuo is also in the form of a four-movement trio, here in Sonata da chiesa format rather than the Sonata da camera structure of the Trio in D. The third movement Largo uses the relative minor, a challenging key for the hand horn.

Two anonymous pieces are taken from a collection in the Lund University Library, Sweden. The first heard, the Concerto in E is unusual in that it uses a horn in E rather than the more usual G, F or D. It pairs the horn with an oboe d’amore, which sounds particularly mellifluous in E major, as heard in the little Siciliano movement.

One of the most technically advanced pieces is Joseph Haydn’s Divertimento à 3 for horn, violin and cello, a piece that use both high and low registers. It is followed by the interesting combination of recorder and horn in Telemann’s typically jovial Concerto a 3 in F. The horn is in a supporting role for the recorder and is played here without the use of hand-stopping.

As is so often the case, a piece by Mozart outshines all the other composers. In this case, it is his concluding Horn Quintet in E flat for horn, violin, two violas and cello, with its particularly eloquent central Andante. This is the first recording of the 1802 André edition, the first edition to retain the horn part.

Ursula Paludan Monberg is one of the finest players of the natural horn around. I remember the first time I heard her, in 2012 in the Leipzig Thomaskirche. She was standing at the side of the orchestral gallery a few feet in front of me playing the renown horn solo in the Quoniam tu solus sanctus of Bach’s B minor Mass. She gave one of the very few absolutely intonation-perfect performances of this tricky solo I have heard, adding an exemplary level of expression. On this, her solo debut on CD, she retains that spellbinding level of technical and musical ability. Arcangelo and director  Jonathan Cohen provide excellent support, balancing the horn and other instruments perfectly.

A frequent whinge of mine is programme notes, in concerts and CDs, that do not follow the order of the pieces played. This CD is one such, with the pieces described in the text in the order of the third, seventh, fourth, first, fifth, sixth, second, eighth and first pieces on the CD.