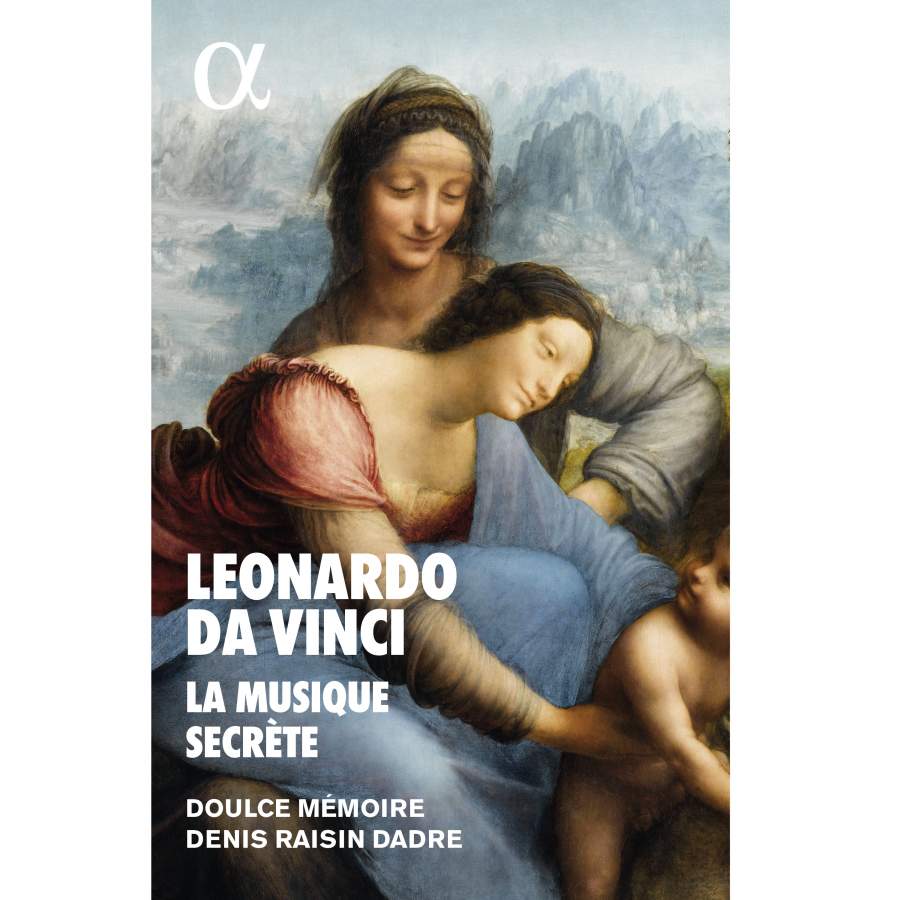 This is the second recording I have been sent linked to this year’s 500th-anniversary celebrations of Leonardo da Vinci. I Fagiolini included a wide range of music, including newly composed pieces in their reflection, but very little music of Leonardo’s own time. This release from Doulce Mémoire makes up for that by focussing on music of the time and, notably, on Leonardo’s own instrument, the lira da braccio, here played with commendable sensitivity by Baptiste Romain. The CD is accompanied by a sumptuous 127-page book, with excellent reproductions of 15 paintings, including close-ups of many of them. In his choice of music, Denis Raisin-Dadre aims to seek out the ‘hidden music’ within these paintings.

Despite his strong interest in music, there are no surviving compositions by Leonardo and no evidence that music influenced any specific paintings. His unfinished 1485 painting ‘Portrait of a Musician’ includes a sheet of music, with the words CANT.ANG, which could refer to Canticum Angelicum, but there has so far been no idea what the music is. It is suggested that the painting is of Josquin Desprez, who Leonardo is known to have met, and who was in Milan just before the date of the painting. Desprez’ sonourous motet Planxit autem David is chosen to accompany the painting. This follows the opening sequence of five pieces from Petrucci’s Laude libro secundo based on the Ave Maria to reflect ‘The Annunciation’, starting with the sensuous chords of the lira da braccio and the beautiful solo voice of soprano Clara Coutouly in a version by Frata Petrus.

The five singers and five instrumentalists of Doulce Mémoire are specialists in the music of the Renaissance, and it shows in their outstanding interpretations of the type of music that surrounded Leonardo. The balance of the music chosen is also excellent, ranging from gentle a capella singing to lively instrumental dances. The instruments include lute, renaissance guitar, harp, 6-string viola 6, trecento vielle, alto and tenor flutes and, of course, the lira da braccio. Included within the book are photos and descriptions of this instrument, noting its importance to Florentine Renaissance humanist thinkers as the descendant of the ancient Greek musical tradition, its seven strings representing the seven known planets, the chords built upon those strings reflecting the concept of the ‘music of the spheres’.

I cannot recommend this highly enough. The book has text in English, German and French, and is very well produced. Further information can be found here, with links to videos, and here with a link to the CD booklet.