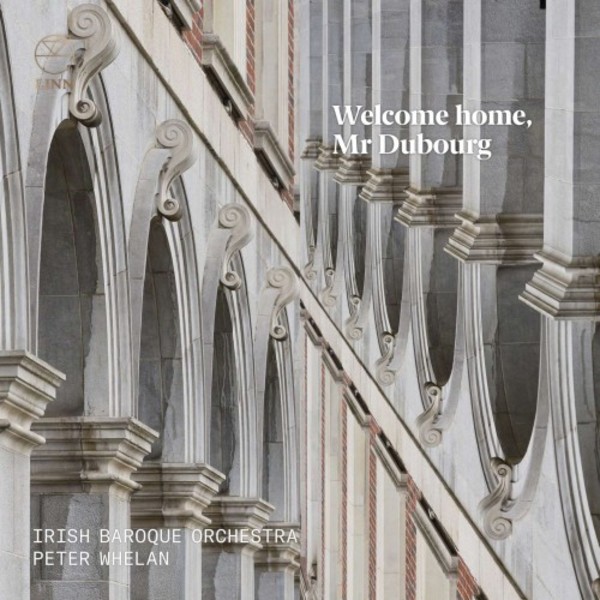 If the compositions of Matthew Dubourg (1703-1767) are not familiar to you (and they certainly weren’t to me), this recording will remedy that, as well as taking a fascinating peek at musical life in Dublin in the 18th century. Dubourg was born in London, the son of a dancing master. He seems to have had a youthful talent, apparently playing a Corelli Violin Sonata in one of Thomas Britton’s house concerts, aged 9, and standing on a stool. He then studied with the celebrated violinist, Francesco Geminiani. From 1728 to 1764 he was based at Dublin Castle as “His Majesty’s Chief Composer and Master of the Music in Ireland”. He was a major force the musical life of Dublin, together with Geminiani, who was his friend and teacher for many years. He is probably best known for a comment that Handel made while conducting Dubourg when, after a more-than-usually extensive cadenza when, according to Charles Burney, Dubourg “wandered about in different keys a great while, and seemed indeed a little bewildered, and uncertain of the original key”, he was heard to remark as the cadential trill was played – “Welcome home, Mr Dubourg”. After the first performance of Messiah in Dublin, Handel wrote that “as for the instruments they are really excellent, Mr Dubourg being at the head of them”.

The Dubourg pieces on this CD comes from four manuscript volumes in London’s Royal College of Music, edited into performing condition by director Peter Whelan. The first part of the CD reflects Dubourg’s activities as a violinist, with Vivaldi’s Concerto for two violins (RV 519), a piece that Dubourg is mentioned playing in a 1771 novel; Corelli’s Violin Sonata (Op5/9) with Dubourg’s elaborate added ornamentation; and Dubourg’s own, and very attractive Violin Concerto in D, now housed in Dresden’s State and University Library. These all feature Sophie Gent as violin soloist, with Claire Duff joining her for the Vivaldi concerto. There are also some arrangements of Irish traditional melodies, including variations on Eileen Aroon with Philippe Grisvard as harpsichord soloist and a gorgeous version of Ciste nó stór played on solo violin by Sophie Gent.

The second part of the recording is a series of extracts from some of Dubourg’s Royal Birthday Odes performed at Dublin Castle over a number of years, including the complete 1739 ode ‘Crowned with a more illustrious light’. Soprano Anne Devin is the principal soloist, with other contributions from mezzo Rachel Kelly and bass Edward Grint. The key instrumentalists are Sarah McMahon, cello, Carles Cristobal, bassoon, and Simon Munday, trumpet, each reflecting the obvious talent of the musicians at Dubourg’s disposal. The CD ends with its own version of the ‘Welcome home, Mr Dubourg’ moment.

Although the influence of Handel is very obvious at times, notably in the rousing ‘Hibernia’s sons, your voices raise’ that opens the recording, the music is impressive and varied. It is recorded well, albeit curiously, in view of the orchestra and subject, in London and Edinburgh, rather than Dublin. My only quibble is that there is some rather intrusive vibrato from Anne Devin and the small chorus, which a bit of a surprise given the period-performance credentials of the Irish Baroque Orchestra and Peter Whelan. It is most noticeable on the opening track, so you will not have to listen for long before you decide if this is for you.

A video and a link to the CD booklet can be found here.