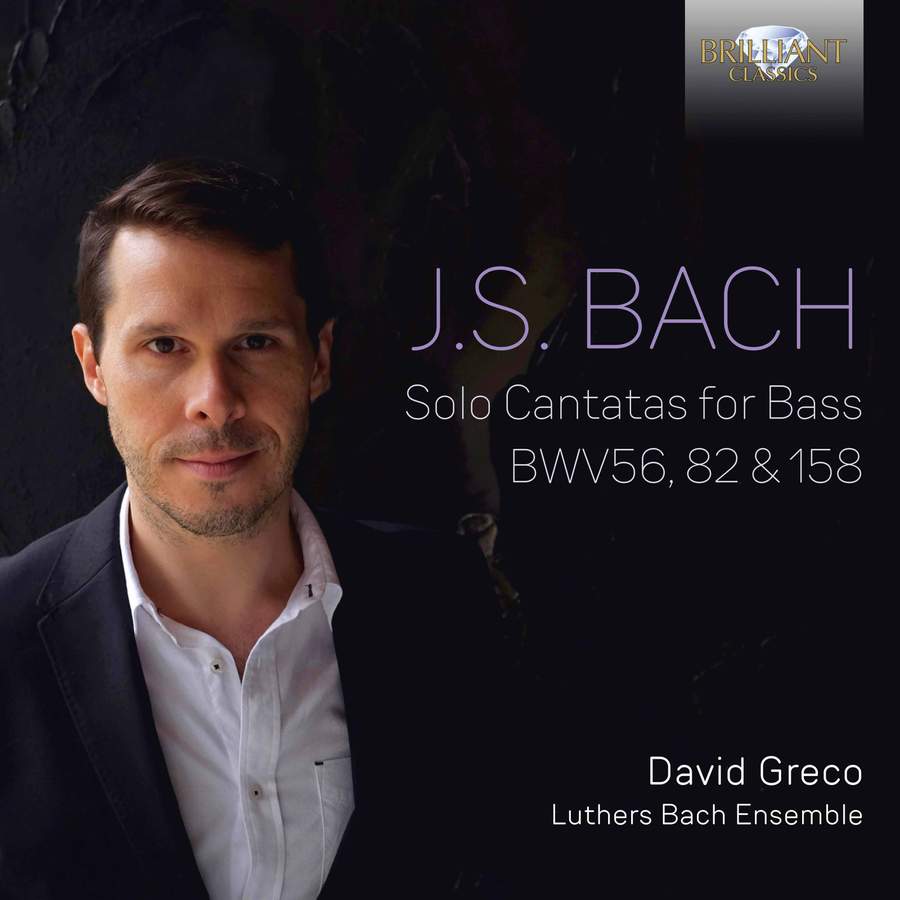 These three cantatas for bass voice explore the Lutheran concept of a longing for death, relief from the torments of life, and a reuniting of the soul with God with an inevitable focus is on lamentation and consolation. They all date from the first decade of Bach’s time as Kapellmeister in Leipzig and are some of the most beautiful of all Bach’s cantatas. This example comes from the Australian baritone David Greco and the Luthers Bach Ensemble, directed by Tyman Jan Bronda.

One feature of this CD is the recording location in the Lutheran Church in Groningen, the base of the Luthers Bach Ensemble and now the home of a spectacular reconstruction of the 1699/1717 Arp Schnitger organ that once graced the church. I was invited to the opening recital in 2017. It is an important contribution to our understanding of organs of the period and their use in vocal music. Although representing the North German organ style known to Bach in his youth, rather than the very different Central German organs he knew in his Leipzig days, it is entirely appropriate to use it for these cantatas.

There are so many magical moments in the recording of these three pieces, starting with the two gorgeous arias in BWV 82. The opening Ich habe genug immediately introduces the plaintive sound of the oboe, also a distinctive feature of BWV 56. Schlummert ein, ihr matten Augen has one of the most beautiful melodies in the history of music. Amy Power’s outstandingly sensitive oboe playing is particularly revealed here and in Endlich, endlich wird mein Joch wieder von mir weichen müssen, BWV 56). Her ability to merge with the voice and other instruments is exemplary.

The tiny cantata BWV 158 (possibly a fragment of a non-surviving work) features Joanna Huszcza’s eloquent violin playing in Welt, ade! ich bin dein müde. This is one of those wonderful Bach moments when a chorale theme is interspersed within a trio structure. Bach intended the chorale to be sung by a solo soprano supported by an oboe but, for some unexplained reason, on this occasion four sopranos are used. I do wonder at this approach, particularly when the Schnitger organ could, if necessary, have added its support to a single soprano with the traditional mutation sounds available on the organ (for example, the Sexquialter stop) and known to be used by Bach in similar circumstances.

The concluding Ich will den Kreuzstab gerne tragen BWV 56 is one of the rare occasions when Bach refers to a piece as a ‘Cantata’, although the term is now applied to all such works. It uses three oboes, including the lower-pitched taille, doubling the strings, and the major solo oboe moment in the aria Endlich, endlich wird mein Joch wieder von mir weichen müssen. It is more powerful than the other two cantatas. It includes an obligate cello (played by Robert Smith) in the first recitative, representing the sound of the sea.

David Greco has been a regular singer with the Luthers Bach Ensemble over the years. He has a most attractive voice, with well-controlled vibrato and subtle use of appropriate ornaments. The instrumentalists are on top form, and the direction by Tyman Jan Bronda is excellent.

The only issue for me is the surprising underuse of the Lutheran Church’s ‘Schnitger’ organ. It only makes a modest continuo contribution to the cantatas, and rarely goes beyond the resources of a little box organ. At the final cadence of some of the sections, and in the final chorale of BWV 56, the 16′ pedal is heard, but this only adds to my frustration that other sounds of the organ are not heard elsewhere. In fact, given the comparative brevity of the CD, I would have been tempted to add a couple of organ chorale preludes to separate the three cantatas.

I do not do comparison reviews, but my review of a similar programme from Dominik Wörner and Zefiro can be read here. Take your pick.