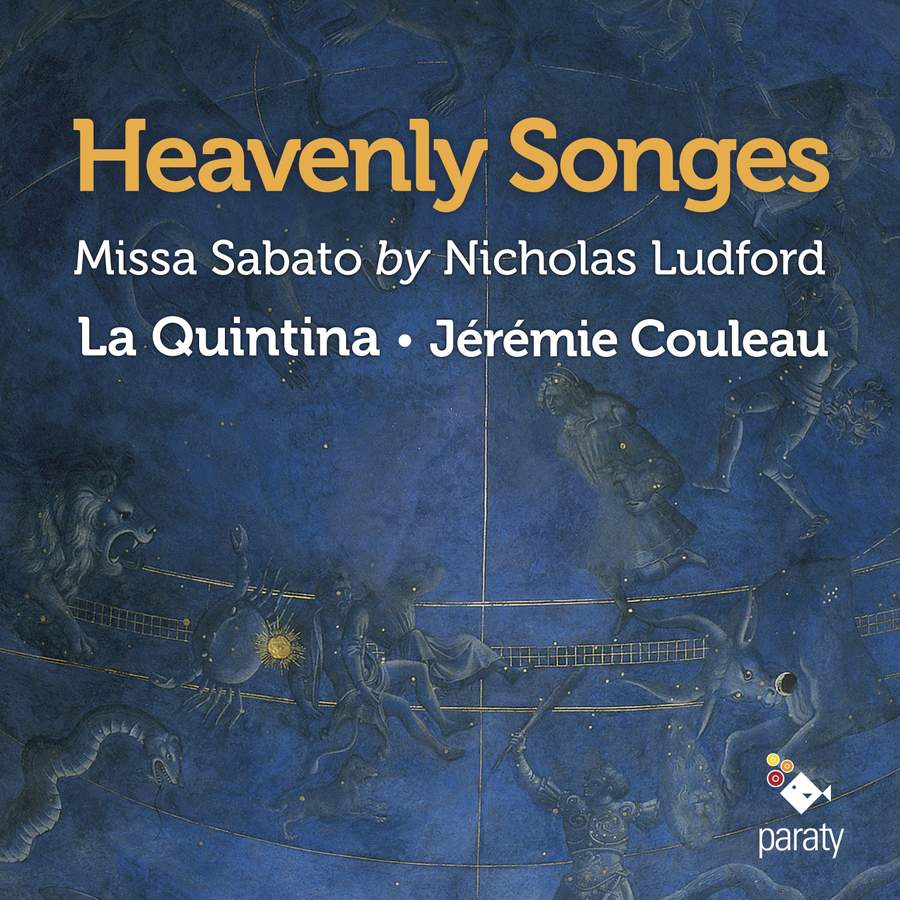 Nicholas Ludford (c1490-1557) was a contemporary of the organist composers John Taverner, John Redford and Thomas Preston, and preceded Thomas Tallis and John Sheppard by a generation. Knowledge of his life is a lot clearer now than it was, thanks largely to the work of David Skinner and Nicholas Sandon. Born into a musical family, the earliest reference to him seems to be in 1517 when he rented lodgings from Westminster Abbey. This suggests employment at the Abbey or the adjacent St Margaret’s, where Ludford was later connected for the rest of his life. In 1527 Ludford became a singer and organist at the Collegiate Chapel of St Stephen’s within the Royal Palace of Westminster. The chapel was in two parts, the upper (destroyed in 1834) was the sumptuous private chapel of the Royal Family, the lower crypt chapel was for lesser mortals. The lower part of that chapel still exists in the current Houses of Parliament with the name of St Mary Undercroft. It is a ‘Royal Peculiar’ still under the control of The Queen.

Seven Lady Masses by Ludford survive in a manuscript that once belonged to Henry VIII and Catherine of Aragon and is now in the British Museum. The Missa Sabato is intended for Saturdays in St Stephen’s, then the private chapel of the King. As well as singing and composing, Ludford was also responsible for organising daily worship in the Royal chapel. It is possible that he also played the organ for the daily Lady Masses. The Missa Sabato is, like the other six Lady Masses, composed for 3 voices, Treble, Mean, and Contratenor/Bassus. Each section starts with variations on a rising interval, usually of a 4th or 5th, based on the underlying motif, or ‘square’. His Lady Masses are simpler in style compared to some of his other settings.

The technically detailed programme notes explore the construction of the Mass and its use of ‘squares’, which I won’t attempt to explain in this review. The pieces are in alternatim form when alternate verses of the Mass are performed by the vocal forces and either an organ improvising on the chant theme or by a different vocal group. This stemmed from the Medieval practise of singing men being divided left and right of a liturgical choir, with the organ replacing one of the choirs from the 15th century onwards

There are several rather complex matters of interpretation related to this performance by La Quintina which are worth discussing. But I should first state that I found the performance very compelling and attractive, if not, perhaps, entirely historically accurate. The singing is clear and cohesive and, although the Cantus/Treble voice is female rather than male, the clarity and purity of Esther Labourdette’s slightly edgy voice is a suitable replacement. The other singers are Sylvain Manet, Altus and Jérémie Couleau, Tenor and direction.

Christophe Deslignes plays a portative organ. One of the questions of authenticity is on the use of a portative – tiny organs sitting on the knee and played with one hand while the other pumps little bellows at the back. These can be carried in procession, and are often seen played by angels on medieval iconography. But is it the right choice for these Lady Masses? The Chapel of St Stephens had three organs (reference here), at least one of which would have been a fixed organ standing on the floor with several ranks of Principal pipes producing quite a bold sound. Many such organs are known to exist, and three have been reconstructed in the UK.

A portative organ is a completely different beast. The precise control of the winding of the pipes allows all sorts of effects that a larger positive or full-sized organ would not produce. These include the ability to change the pitch, timbre and volume of a sounding note, something that Christophe Deslignes does frequently. There is very little evidence, if any, on how portative organs of the period were played, and to what extent the various effects were used in practice. But, if only on the grounds of ‘if you’ve got it, flaunt it’, this is fine, but it does produce a sound that is almost certainly not one associated with the Lady Masses performed in a solemn liturgy in a Royal chapel. The programme notes mention the well-known fact that Henry VIII has such portatives in his collection of musical instruments, but they would have almost certainly been intended for secular household music.

There is a vast amount of English organ music of the period, showing how the organist might have improvised on a chant theme. But there is not much evidence on this recording that the style of organ playing here represents that style. For a contrasting, and rather more authentic recording, it is worth listening to the Delphian recording (DCD34158, reviewed here, with more background information) by the Choir of Gonville & Caius College, Cambridge, directed by Geoffrey Webber, with Magnus Williamson, organ. Some of the portative organ’s contributions in the Ludford sound rather ‘new-age’, and particularly so in his imaginative improvisations on Edi beo thu hevene queen and There is no rose. But despite questions of authenticity, this is a fine demonstration from Christophe Deslignes of the flexibility of such tiny portatives (organettos).

Various different options are explored during the alternatim sections, including organ solos, vocal solos, with or without an organ drone, and faburdon, the addition of another voice added to solo line, for example in the opening of the Credo. The chant sections are interpreted with considerable rhythmic freedom, again something that I don’t think has much solid confirmation from early 16th-century England.

Judging by the many examples from before and beyond Ludford, a nine-fold alternatim Kyrie would usually start with the chant or the organ for verse one, followed by the singers for verse 2 and so on, alternating as oKoCoCoKo. But La Quintina starts with a vocal verse, with the pattern KoKoCoKoK.

The music is extraordinary, both intellectually in following what Ludford does with his two or three melodic lines, and for the sheer complexity of the interweaving vocal threads. The musical highlight is the Sanctus, the longest continuous piece of three-part polyphony. The Benedictus has its own Osanna section, rather than repeating that of the Sanctus.

On a technical editing point, it good to have a sensible gap between sections, allowing each to stand as a separate entity rather than the whole thing running into one continuum as can often be the case in recordings. Of course, in reality, the different sections would have been separated by other aspects of the Lady Mass.

As the video below shows, the recording was made in a large church with an enormous acoustic which I am sure is much more resonant than Royal Chapel of St Stephen’s. It adds much to the atmosphere of the recording but takes a little away from the essential small-scale nature of the music.

There is also a lot of information about the Chapel of St Stephen’s on the internet, including this information about the music, including an organ and vocal extract from the Delphian Gonville & Caius College recording of a Lady Mass, using one of the reconstructed Medieval organs. An imaginative virtual reconstruction of the Chapel can be seen here. Click on the central arrow to go through the screen to where the choir would have sit, left and right of the central space.