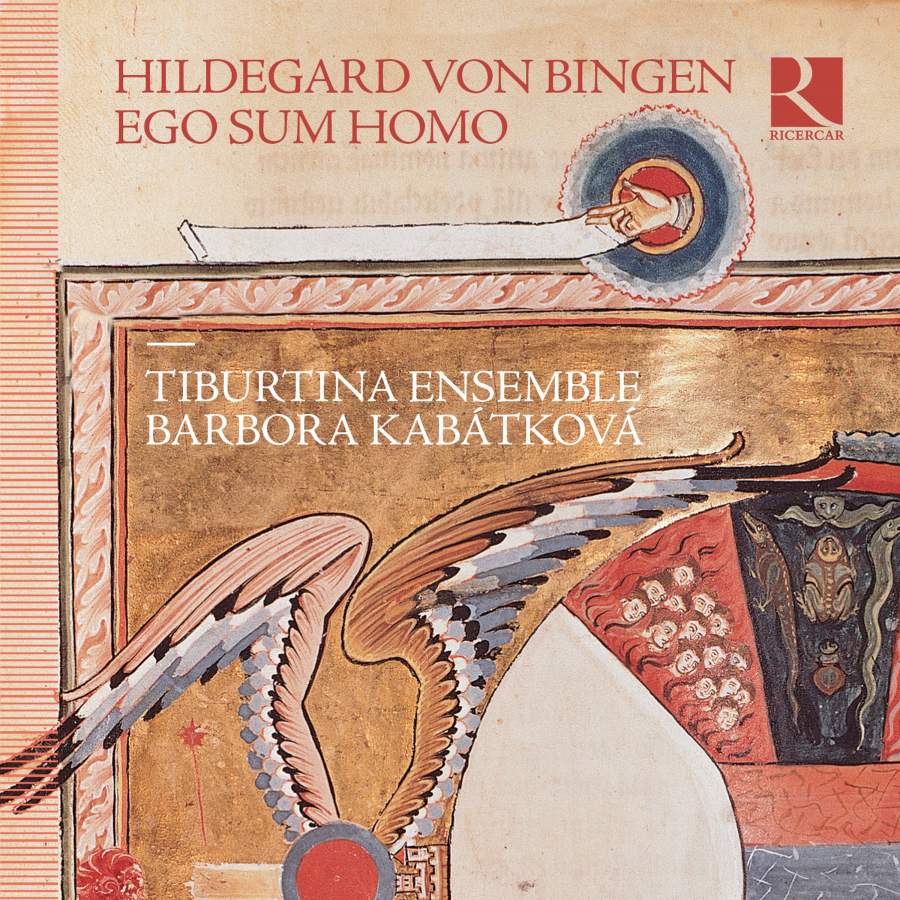 The hypnotically soaring melodies of the 12th-century visionary polymath Hildegard of Bingen have retained their prominence amongst (mostly female) early music vocalists despite, or perhaps because of, several decades of prominence since the first recordings appeared around 1980. The Prague-based Tiburtina Ensemble continue this tradition with their CD Eco Sum Homo – the title (I am a man) reflecting one of the many philosophical interpretations possible with this tantalisingly complex woman. Rather like Rudolf Steiner in more recent times, she combined her mysticism with a wide range of disparate interests and beliefs which can attract followers from many different disciplines and interests.

As is so often the case, the underlying thread of this recording is, quite understandably, a feminist one. The fact that Hildegard was born of aristocratic stock and only allowed noblewomen to be part of her community of nun might perhaps reduce her feminist attributes, but that doesn’t affect the extraordinary quality of her music. Tiburtina Ensemble takes a conventional approach to interpretation, varying little from the many recordings and performances of the 1980s in their style. There is the ubiquitous clear focussed singing, nearly always in monophonic unison, with simple accompaniments on Gothic and Renaissance harps and what is described as a dulce melos but might, I think, be a hammered dulcimer rather than the keyboarded dulce melos. A couple of instrumental pieces contrast with the singing and there are three anonymous contributions.

The pieces are liturgical, with antiphons, a hymn, Psalm, response, sequence, a Kyrie, and one extract from the drama Ordo virtutum. As with most recordings of early vocal music, it is fascinating to ponder how this music might have sounded originally, but I very much doubt it sounded as angelic as these ten singers.

The recording venue was a former Cistercian monastery in Bohemia that had been used as a prison for nuns during the Communist 1950s. An appropriate setting, and a fine and well-recorded acoustic. The final Psalm Domine, Dominus noster is treated as a recessional, the voices retreating into the distance.