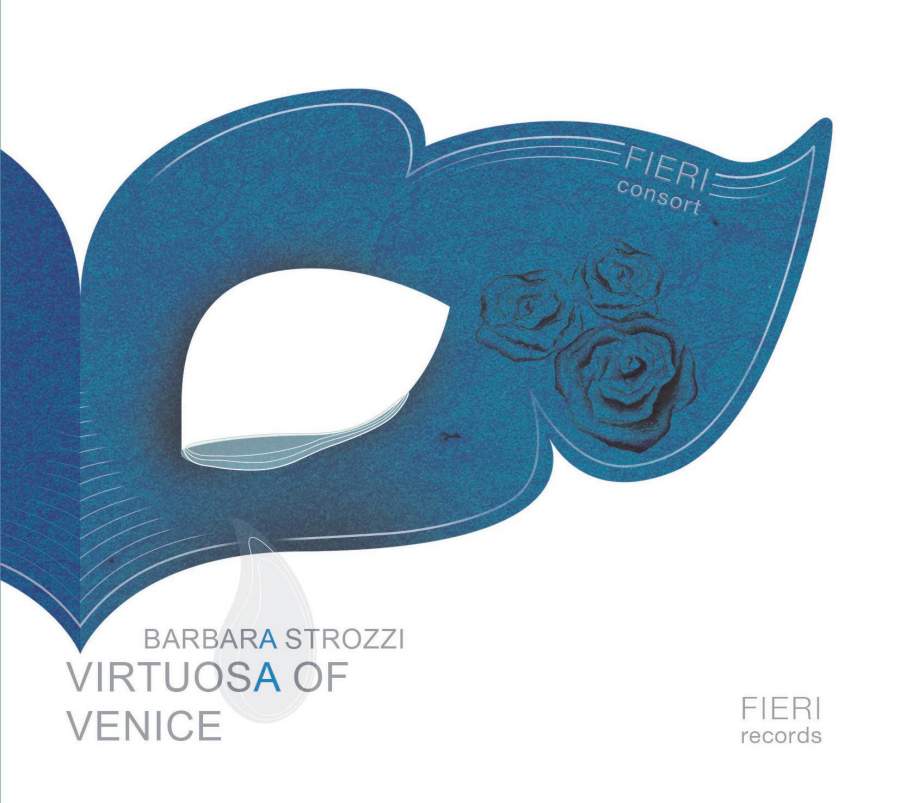 The Fieri Consort was founded in 2012 by members of the Genesis Sixteen training programme to perform music from 16th and 17th-century Italian repertoire. This is their third CD and focusses on the music of the distinguished Italian composer Barbara Strozzi and her contemporaries Giovanni Girolamo Kasperger, Bartolomeo Selma y Salaverde, Benedetto Ferrari, Claudio Monteverdi. Strozzi is a fascinating musician, not least as a female musician in a man’s world. She had liberal and artistic parents – her father was the poet Giulio Strozzi. When she was 18 (in 1637) he founded the Accademia degli Unisoni specifically to display his daughter’s musical skills. She quickly became famed across Venice as a singer who could ‘steal the souls of her listeners through their ears with sweetness’.

The Fieri Consort reflect various aspects of her life and music in this well-planned and excellently performed recording. The six singers (Lucinda Cox, Hannah Ely, Nancy Cole, Tom Kelly, Josh Cooter, and Ben McKee) and three instrumentalists (Harry Buckoke, viola da gamba, Toby Carr, theorbo and baroque guitar, and Aileen Henry, baroque harp) generally performed in small groups rather than as a consort. The two sopranos, Lucinda Cox and Hannah Ely take centre stage on many of the pieces, the clarity and purity of their voices sensitively, and sensibly, avoid over-dramatising the words of the text, allowing the music to flow in a way that draws the listener into Strozzi’s world. Bass-baritone Ben McKee makes several distinctive appearances with his remarkably stable voice at low pitches.

It is interesting to follow the different aspects of Strozzi’s musical style, from simple love songs to more raunchy texts, seductive duets, and the stunningly beautiful laments Lagrime mie and L’eraclito amoroso. All are performed with musical sensitivity and a fine sense of period style, with well-judged accompaniments. Monteverdi’s Si dolce e’l tormento is a reflection of the pain of love built almost entirely on a descending scale – a magical piece.

There are a couple of practical points I would make. Many of the tracks are very short, and a few end abruptly, so it would have helped the flow of the music if they had been segued into the instrumental interludes rather than leaving rather stark silences between the tracks. It would also have been useful to include the track numbers in the text translations. But it was good to see photos and information about all the performers in the liner notes, rather than just a list of names. And the detailed essay about her life makes for a fascinating read, albeit with the aid of a magnifying glass.