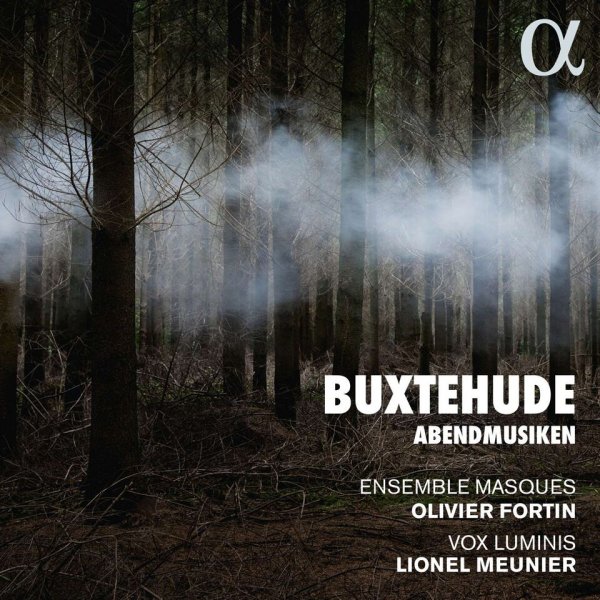 This impressive recording helps to reset that balance with a well-chosen sequence of vocal and instrumental pieces, including three of his beautifully expressive Trio Sonatas. Although not specifically intended for service use, Buxtehude’s cantatas offer an insight into the Pietist sentiments of 17th-century Lübeck, with an exquisitely profound underlying sensitivity and sensuousness.

The three Trio Sonatas make prominent use of the violin, here beautifully played by Sophie Gent alongside the sensitive playing of Mélisande Corriveau, viola da gamba, both supported by Olivier Fortin on organ and harpsichord. The D major Sonata (BuxWV 267) is focussed on the sound of Mélisande Corriveau’s, viola da gamba, and a violone, played by Benoît Vanden Bemden, both with extended solo passages in the central section. These are exquisite examples of the influential stylus phantasticus at its musical peak, with its dramatic changes of pulse and mood – like mini-operas. In the cantatas, the second violin of Tuomi Suni joins in the instrumental texture.

The singing of Vox Luminis is, as usual, outstanding. They catch the mood of Buxtehude’s music perfectly, their pure and unforced voices being ideal to express the intense emotions behind the text. The four sopranos (Sara Jäggi, Zsuzsi Tóth, Stefanie True, and Caroline Weynants) are particularly prominent in most of the pieces and fulfil their role beautifully. Caroline Weynants’s evocative Gute Nacht, O Wesen is one of the highlights of the whole recording. Bass Sebastian Myrus also impresses in a couple of the cantatas, most notably at the very start of the CD. Lionel Meunier directs from within the choir, singing bass. His interpretations are always spot-on, blending sensitivity with superb choral intonation and a sense of real consort amongst all the musicians.

The only slight quibble is the sound of the little organ. As the Marienkirche organist, rather than Kantor, Buxtehude’s instrumental and choral music would have been performed at the liturgical west end of the high church, using the monumental church organ as both continuo and solo instrument. The sound of an 8′ Principal stop for continue (rather than the weedy little Gedackts of box organs) is rarely heard nowadays, but it adds an impressibly solid, and authentic, timbre to the accompaniments. I can forgive them not including any solo organ music on this CD, at it would have outbalanced the sensitivity of the choral and instrumental pieces.