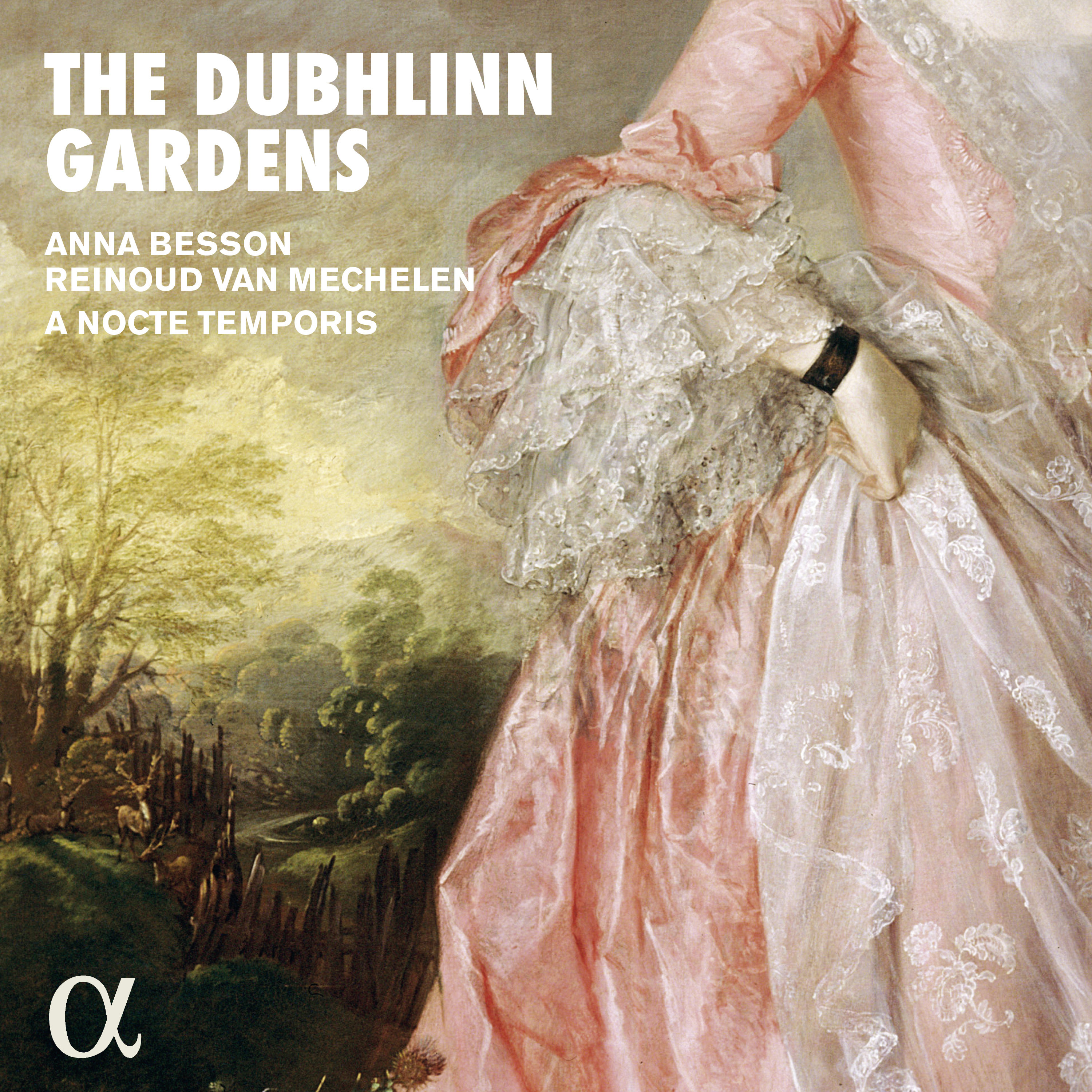 Described as “an evening in the high society of 18th century Dublin, where traditional music was ‘civilising’ itself for the salon…”, the Dubhlinn Gardens recording draws on traditional Irish music and the outcome of a research project by flautist Anna Besson. She writes that “I discovered traditional Irish music at the age of ten, and began to train with Irish flautists … my affinity for the wooden flute drew me to the Baroque transverse flute and historical performance. The Dubhlinn Gardens is the outcome of this twofold musical practice, and results from extensive research into the most popular airs in eighteenth-century Ireland, from a time when traditional and ‘art’ music were in no way opposing concepts…”.

All the compositions are anonymous, such is the oral tradition of folk music, then and now. The 17 tracks, some of which sensibly combine more than one song or instrumental dance, give an overview of the musical life of the time. The varied accompaniments from A Nocte Temporis use a triple and Irish harp (Sarah Ridy), viola da gamba (Myriam Rignol) , harpsichord (Loris Barrucand) and several varieties of flute (transverse , tierce & piccolo), played by Anna Besson. An additional bass viol and a drum are added to one of the tracks. Reinoud Van Mechelen’s light tenor voice adds a refined touch to what was probably far less refined original performances.

The programme booklet (which can be read here) gives either a description of the theme of a song, or the actual words. The former is perhaps just as well as some of the songs have decidedly dubious texts, not least the opening The original Black Joke, sent from Dublin performed in its original 1720 version. The Black Joke (or Joak) refers to female genitalia and song tells of the efforts of men of several nationalities to please the owner of said Joke – all are outperformed by an Irishman.  Apparently it was the most popular song in what was then United Kingdom of Great Britain and Ireland in the early 18th century.

Amongst the romantic/erotic ditties is Teague, The Irish Trooper,  mocking lament of a soldier in the 1690 Battle of the Boyne between the deposed (Catholic) King James II and the newly crowned (Protestant) King William III – joint monarch with his wife, James’s daughter Queen Mary II. Another instrumental lament, An Buachaillín Bán, refers to Bonnie Prince Charlie (the ‘Fair-haired boy’ of the title), grandson of James II and a later Stuart claimant to the throne whose escape after his defeat at the Battle of Culloden is much romanticised.

Although there are possible questions about performance practice (and vocal accent) in Ireland during this period, the musical result is attractive, bringing to life music that is usually only the preserve of folk musicians. It was recorded in the Chapel of the Leuven Institute for Ireland in Europe, in Belgium.