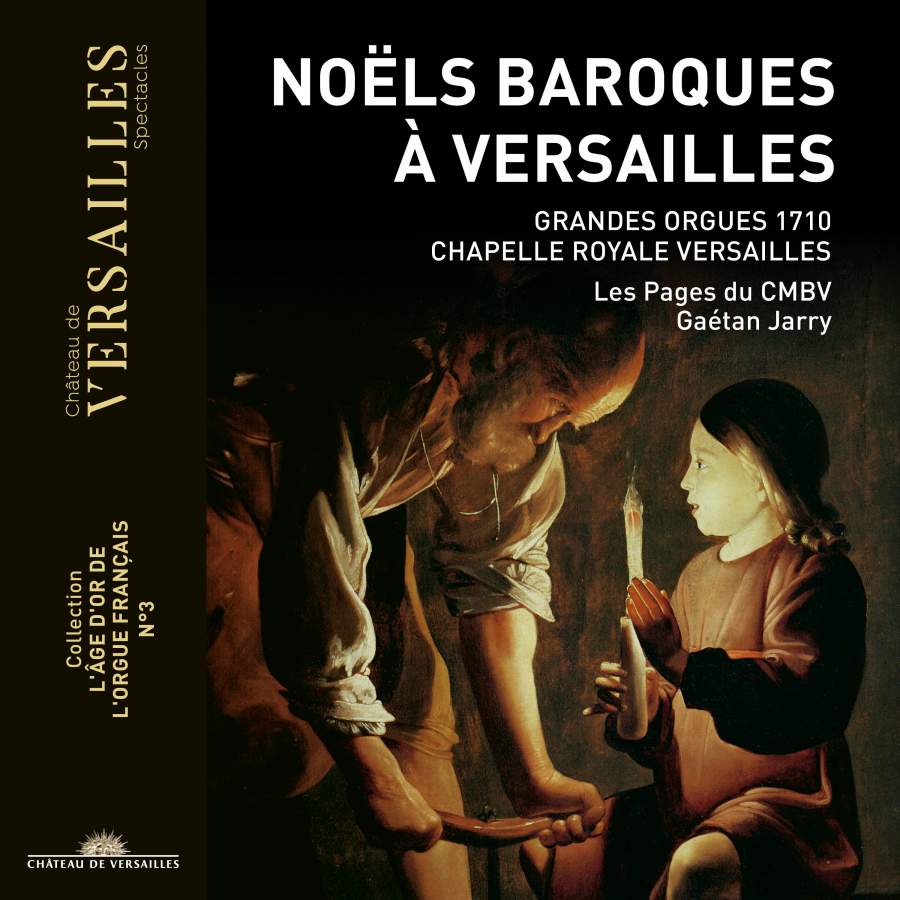 The third in the L’âge d’or de l’orgue français series is a seasonal offering of French Noëls from Versailles. The tradition of Parisian organists playing variations on Noëls at Christmas lasted for well over 100 years from the late 17th to the end of the 18th century. Although musically their peak was in the early years of the 18th-century, with the examples of Louis-Claude Daquin and Dandrieu, their height of popularity seems to have come at the end of the century with Claude Balbastre, when French music had become somewhat debased as the Revolution approached. Such were the crowds that turned up to hear Balbastre play at the Midnight Mass, that riot police were called. The Archbishop of Paris eventually banned such services at Balbastre’s church of Saint Roch.

The recording includes ten examples of such Noëls by the principal organist/composers of this genre. Although it seems unlikely that they were ever performed alteratim with the organ and choir alternating verses (as was the case in the many Magnificat and Masse organs settings), this recording uses that format. The child singers of Les Pages du Centre de Musique Baroque de Versailles sing the carol melodies in between the organ variations. Their sound is distinctive and very French and is rather better when they are singing en masse than in the occasional passages for solo voice.

The organ variations use every possible combination of the distinctive sounds of the French Baroque organ, of which the 1710 instrument in the Chapelle Royale, Versailles is a fine example. Versailles titular organist Gaétan Jarry plays with an appropriate combination of verve and bon goût. It must have been a difficult programme to record, with frequent changes of organ registration between the solos verses and accompanying the singers. I assume there must have been lots of breaks for registration changes, and the editors have done well to stitch it all together seamlessly.

Variations like this are often included as an isolated Suite in mixed programme organ recitals, usually providing some light relief before more serious stuff. Seventy minutes of such music might be a bit much in one go, but this is an insight into a particularly French style of organ music. I would have prefered the pieces to have been arranged in chronological order, so that the change in style over the generations was more apparent.