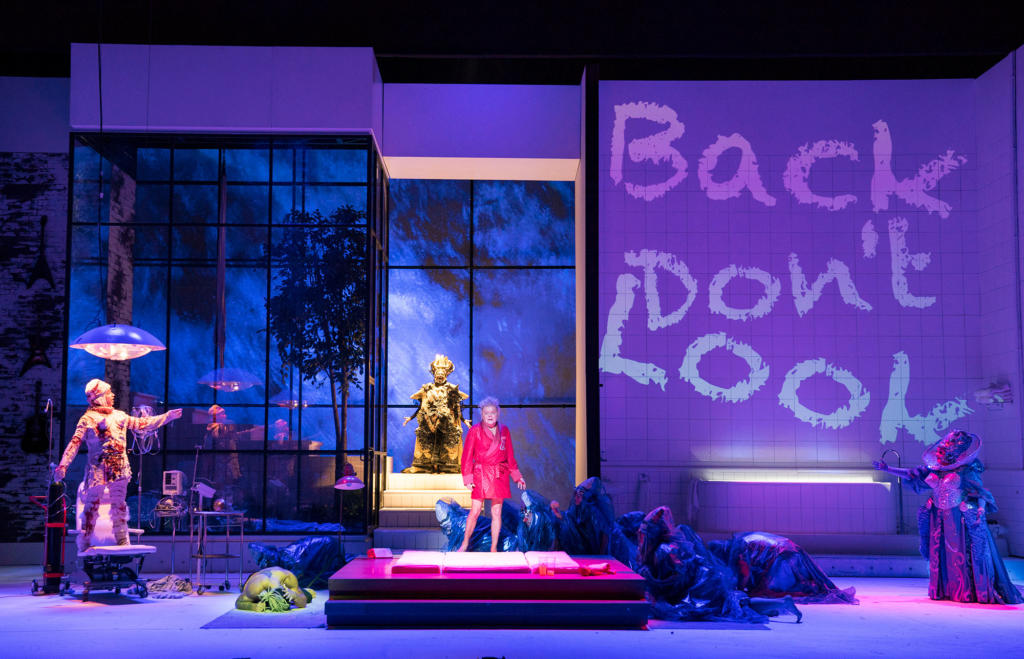 Librettist Peter Zinovieff’s retelling of the myth involved three incarnations of the three principal characters Orpheus, Eurydice, and Aristaeus. They are presented as The Person, The Myth and The Hero, the first two sung roles and third played by mime/aerialists. The detailed synopsis can be seen by scrolling down on this link. It is a mind-bogglingly complicated plot to follow, with the same event frequently portrayed in different readings on the stage at the same time. The opera opens with Orpheus clambering out of an enormous bath, clad only in red trunks, the first of frequent appearances of semi-nude men in their undies, something of a given for so many operas nowadays and one that, I assume, appeals to a large proportion of the audience. 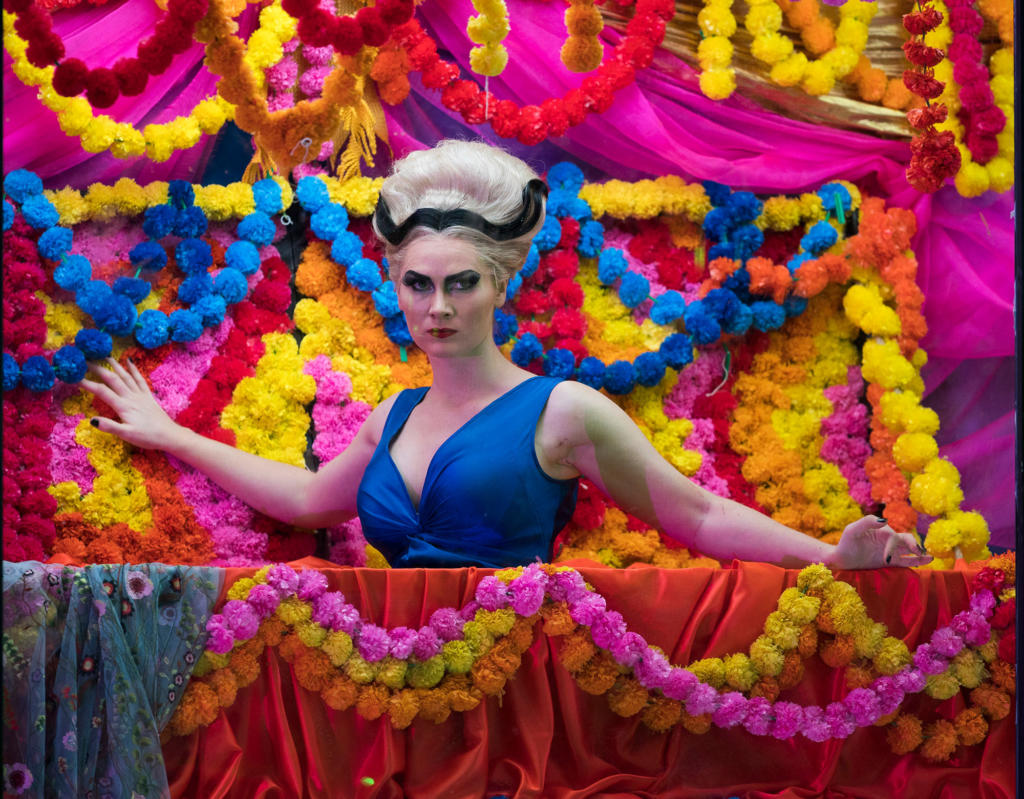 Musically it was a triumph, both in terms of Harrison Birtwistle’s and Barry Anderson’s inventive scores and the performance by the soloists, chorus, the ENO orchestra and the two conductors Martyn Brabbins and James Henshaw. Birtwistle and Anderson’s score is an extraordinary evocation of the musical time of the years around 1980 (it took a long time to compose). If anything, it was Barry Anderson’s electronic music (composed at the Paris IRCAM studios) that has better survived the years, sounding more up-to-date than much of Birtwistle’s music. Minimalist, it certainly wasn’t, but Birtwistle use of repetition, aided by a repetitive libretto, did make following things a little easier.

The orchestral forces are of 37 woodwinds, 16 brass, 7 percussionist plus electric guitars and 3harps, the former ranging upwards from bass and contrabass flutes, oboes, clarinets, and bassoons. It can’t have been an easy score to play. Martyn Brabbins and James Henshaw kept the momentum up, the only slight disappointment being a not-quite-climatic-enough climax towards the end of the second Act. It is here that we, and Orpheus, realise that the whole thing has been a dream, including the trip to Hades and the apparent resurrection of Eurydice. This extended ‘Song of Magic’, lasting around 50′, had Orpheus passing through 17 ‘Arches’, each representing aspects of the myth and ending with him hanging himself. 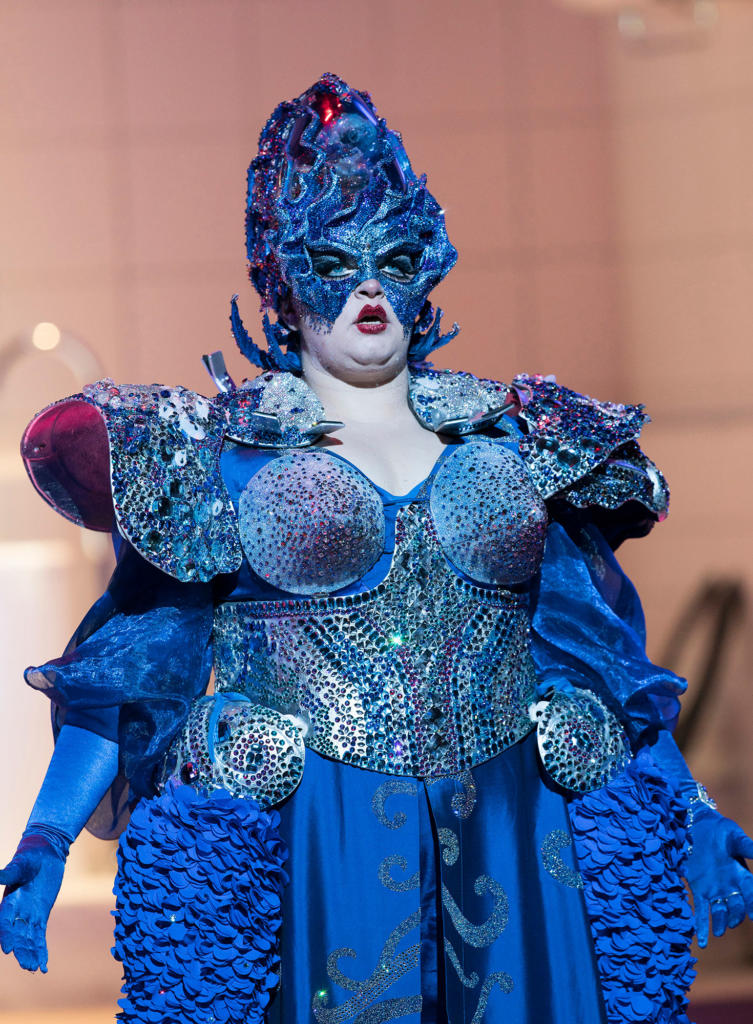 Peter Hoare’s majestic performance as Orpheus the Man was the highlight of the evening, an extraordinary tour de force of singing and acting stamina, not helped by words that, at least at first hearing, make little sense. I did wonder if it would have been better if the surtitles had projected the synopsis of the plot, rather than the words of the libretto, particularly as the auditorium was too dark to read the programme. Marta Fontanals-Simmons sang the role of Eurydice the Woman, with Claire Barnett-Jones as a grotesquely over-dressed Euryduice the Myth as Alfa Marks as the energetically lythe Eurydice the Hero. Claron McFadden was the imposing Oracle of the Dead/Hecate.

The combination of sponsorship by a crystal supply company and the seemingly irrepressible approach of opera designers for overblown surrealistic camp glam has a lot to answer for.  What stood out in this version, in so many ways, was the bizarrely eccentric costumes of Daniel Lismore. His talent for self-promotion evident from the lengthy CV in the ENO programme book, the longest and most toe-curling of all the performers by far. His look-at-me presence in the audience merely added the additional sense of smell (in the form of multiple layers of perfume that led to me moving my seat) to the senses that we were being assaulted with on stage.

This really is a work that cried out for a simple staging, allowing us to concentrate on the complexity of the music and, if possible, the story-line. The overkill of the production merely added confusion and, more importantly, took attention away from the music. That is not what opera should be about. For those not familiar with the music, extracts can be found on-line, including the whole of Act 2. 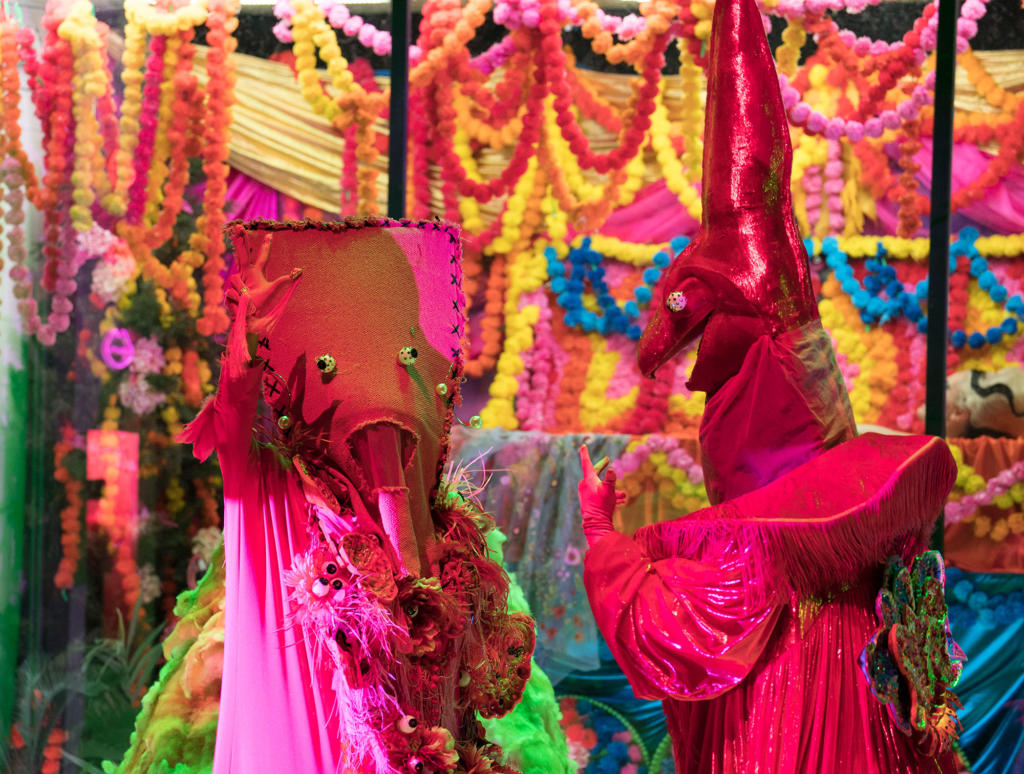