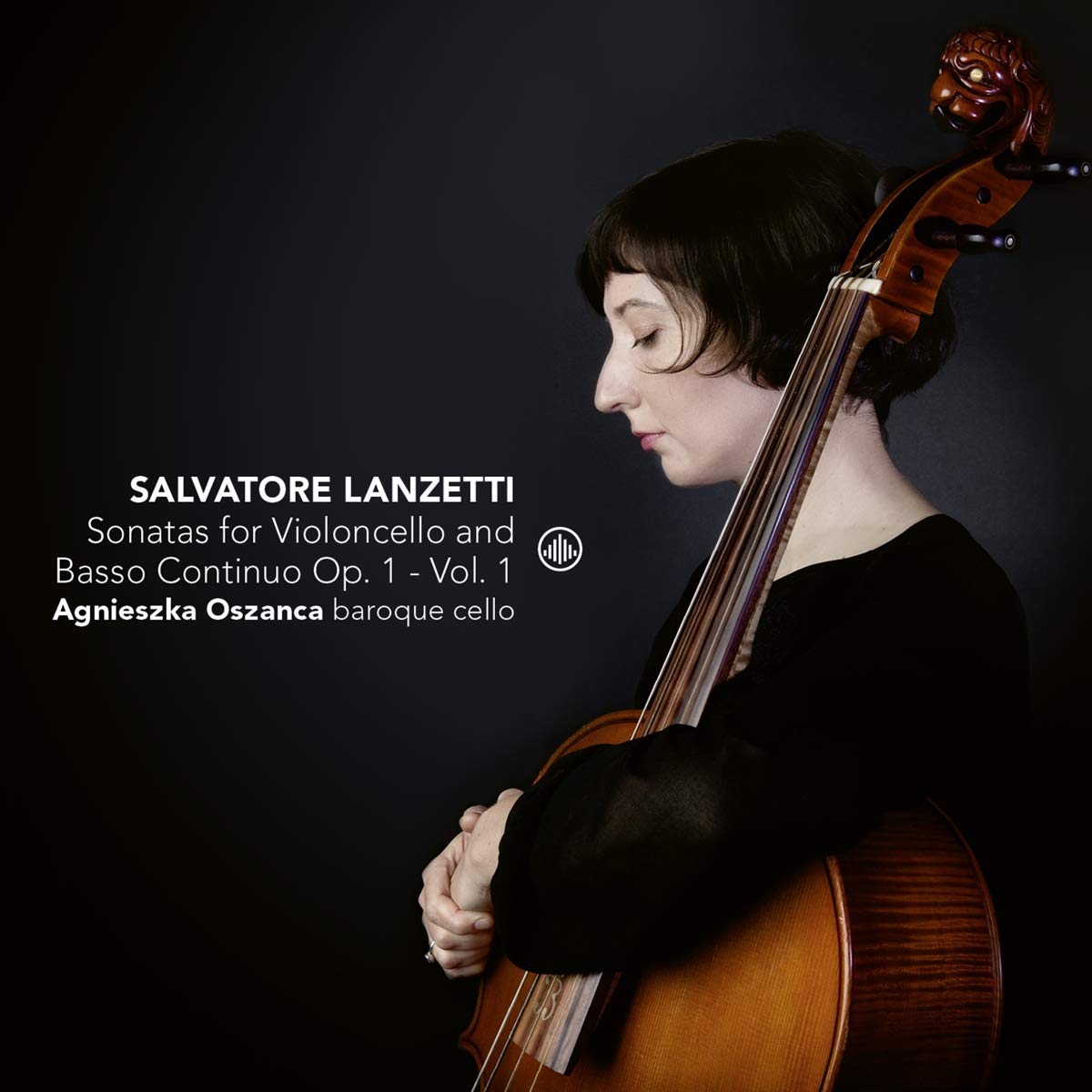 Salvatore Lanzetti (c1710-1780) was a virtuoso Italian cellist and composer who introduced many new innovations in cello performance. He was born in Naples around 1710 and studied cello and composition there. After early employment in Lucca and Turin, he started touring around Europe, spending many years in London. Charles Burney noted Lanzetti’s role in popularizing the cello in England. His Opus 1 XII Sonate à Violoncello Solo e Baffo Continuo was published in Amsterdam in 1736 and was dedicated to Federico di Brunswick, known in England as Frederick, Prince of Wales. This magnificent recording from cellist Agnieszka Oszanca is an important contribution to recognizing the importance of Lanzetti to the cello world, and to the musical life of England. He was one of the many generations of musicians from the continent of Europe that have enlivened the musical life of England, then and now.

The Sonatas recorded in this first volume (1, 2, 5, 6, 9 & 11) appear in the order IX, I, VI, V, II, XI. They are all in three movements, but in an extraordinary variety of formats, none of which are the same. The styles vary between Sonatas as well, varying between the Italian and French. Three of them start and finish with slow movements, the rest have the more traditional central Adagio.

The opening Sonata IX (in A minor) is one of the most dramatic and complex of the set. Its intense opening Adagio is full of the double-stopping, chords and harmonic invention, to which Agnieszka Oszanca adds one of her very effective cadenzas. Another lovely example of her cadenzas comes at the end of opening Andante Cantabile of Sonata II. The final movement of Sonata VI in a Gavotta with added virtuoso variations ending with a sequence of notated three-note chords. The following Sonata V opens with a sensuous Adagio Cantabile followed by a fiery Allegro. The central Adagio – Allegro – Adagio of Sonata XI is almost a French overture in itself. The following Rondeau – Andante that concluded the recording opens with a series of four-note chords.

Agnieszka Oszanca plays with an exquisite sense of the passion and the ebb and flow of the music, utilizing an enormous range of dynamics and a sensitive use of articulation, ornamentation and improvisatory embellishments beyond that already suggested by Lanzetti. Her grasp of the technical difficulties is exemplary, as is her clear emotional involvement in this extraordinary music. Her audible breathing throughout the recording takes a little while to get accustomed to, but soon becomes an integral part of the experience.

Agnieszka Oszanca is well supported by the continuo group of Maria Misiarz, baroque cello, Gabriele Palomba, theorbo and Fabio Bonizzoni, harpsichord. You can find the score on IMSLP. One attractive feature of this CD, not always found on others, is that there is a sensible amount of silence between the different Sonatas. So often the gap is far too small. You can hear Agnieszka Oszanca introducing the recording in the little video here.