Barbara Strozzi was the adopted (and almost certainly illegitimate) daughter of Giulio Strozzi, a Venetian post and librettist who actively encourages and advanced Barbara’s musical career, not least by getting her to study with Cavalli and founding his own Accademia degli Unisoni to showcase the singing of La virtuosissima cantatrice. With one exception, her compositions were entirely secular, generally in Arcadian or mythological mode. In this concert, we heard about the Three Graces and a (perhaps appropriately) an unwrapped Venus, a modest lover, Phyllis, Lidia, Thyrsis, a beautiful mouth, a crazy heart, sweet kisses and burning desires.  What more could we want?

Apparently, in the second half of the evening, it was deemed that, rather than more Strozzi, what we wanted, and got, was music by Monteverdi! A curious decision. I don’t know who came up with the idea of including Monteverdi alongside Strozzi, but assume that it was on the grounds that Strozzi was insufficiently well known to draw an audience. But the OAE seems to have no trouble attracting audiences, many of which would have at least heard of Barbara Strozzi. It was an unfortunate pairing for a number of reasons, not least for the opening concert of a festival devoted to women. Musically it was also curious, as Monteverdi was two generations earlier than Strozzi. Cavalli, her teacher, is one example of a more appropriate comparison, if comparison was indeed needed. 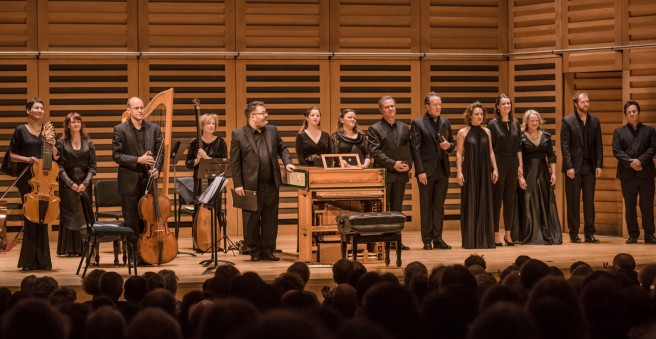 Given the nature of the Venus Unwrapped year, it was also unfortunate that the texts of the two Monteverdi pieces showed such little respect to Venuses of the time. The first, Volgendo il ciel, has a male poet (in this case the outstanding tenor Nicholas Mulroy) calling on the donne e donzelle (ladies and maidens) to dance in honour of Ferdinand, the newly crowned Holy Roman Emperor. The concluding mini-drama Il ballo delle ingrate was even worse. Composed for a 1608 Gonzaga wedding, it is a very pointed polemic against ‘Ungrateful Ladies’ women who do not sufficiently ‘put themselves about’ when they younger, and who, it seems, “will suffer burning and torment when / they have lost their grace and beauty /and will resort in vain / to the illusory aid of cosmetics.”

Anyway, that’s enough of Monteverdi. Barbara Strozzi was the star of the show, her music showing an enormous dramatic and musical range combined with an imaginative approach to the texts. In the opening L’amante modesto it seems as though every word was accompanied by its own musical reflection, the mood and texture varying several times during a single line of text. Pace arrabbiata had three male singers bemoaning Phyllis’ ‘haughtiness’. The first of Mary Bevan’s solos was Lagrime mie, a beautifully sung evocation of emotional pain. The accompaniment was particularly effective in this piece,  with the continuo of Elizabeth Kenny’s theorbo and Emilia Benjamin’s wonderfully sensuous lirone supporting Rodolfo Richter and Jane Gordon, violins. It was also one of the moments when director Christian Curnyn commendably stepped aside to let the performers get on with it. He is my sort of conductor.  Mary Bevan’s second main solo was E pazzo il mio core, her ‘crazy heart’ getting angry, sighing, lamenting, grieving, and raving in affliction. The singing was outstanding throughout from the pool of nine singers, with particularly notable contributions from Miriam Allen, Zoe Brookshaw, Helen Charlston, Nicholas Mulroy and David Shipley.