Monteverdi’s monumental 1610 Vespro della Beata Vergine is now considered mainstream repertoire, but it was unusual to hear it performed alongside the inevitable sequence of Messiah’s in the run-up to Christmas. It was equally good that, amongst the current complicated Anglo-French relations, London could welcome the French group L’Arpeggiata and their founder/director Christina Pluhar. Current Covid and travel issues meant that they were rather more Anglo than usual, with several UK musicians drafted in at short notice to replace those unable to travel. The concert took place live on 14 December in the Barbican Hall, but was also available to stream live, which is how I saw the performance.

END_OF_DOCUMENT_TOKEN_TO_BE_REPLACED

In pre-coronavirus days, the musically barren early days of January have been enlivened by the imaginative Baroque at the Edge Festival, usually spanning a weekend in venues around their home base of LSO at St Luke’s in London. Previous festivals are reviewed here and here. Run by Artistic Director Lindsay Kemp and Festival Manager Lucy Bending (the team behind the London Festival of Baroque Music and its predecessor, the Lufthansa Festival), the festival has secured a place in the London concert scene with their refreshing approach to Baroque music, as exemplified by such banners as “No rules, no boundaries – just Baroque music set loose” and “Imagine if Vivaldi was a folk-fiddler, Purcell a protest-singer, or Bach a techno-geek”. The more succinct and apt “No rules, no walls” for this year’s Covid-constrained festival reflected the on-line nature of the events.

END_OF_DOCUMENT_TOKEN_TO_BE_REPLACED

Buxtehude’s cycle of seven cantatas, under the collective title of Membra Jesu nostri patientis sanctissima, is one of the finest sacred vocal works of the 17th-century. It reflects on The holy limbs of our suffering Jesus, using texts from the Medieval hymn Salve mundi salutare, probably written by Arnulf of Leuven (d1250). Each cantata focusses on a specific part of Christ’s crucified body: feet, knees, hands, sides, breast, heart, and face, adding to the hymn text words from the Bible. It is composed for five solo singers, who usually also make up a chorus although, in this case, the chorus is the 24-strong Chapel Choir of Trinity Hall, Cambridge, conducted by Andrew Arthur, the Director of Music at Trinty Hall. They are accompanied by the College’s professional period ensemble Ensemble-in-Residence, Orpheus Britannicus (founded by Andrew Arthur), with the five viols of Newe Vialles (directed by Henrik Persson and Caroline Ritchie) playing for the sensuous sixth cantata, Ad cor (To The Heart). END_OF_DOCUMENT_TOKEN_TO_BE_REPLACED

END_OF_DOCUMENT_TOKEN_TO_BE_REPLACED 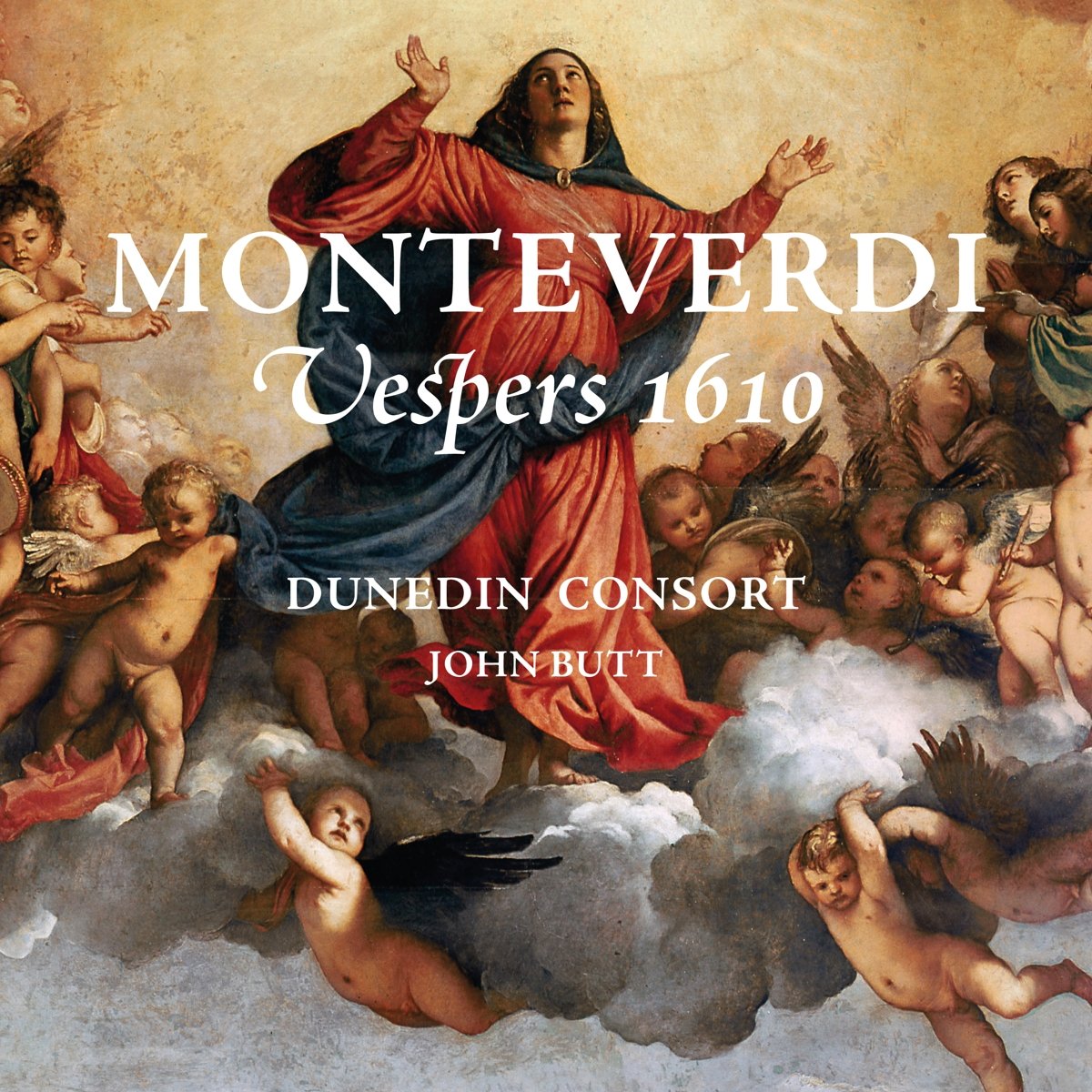 The first point of call for anybody remotely interested in such things is to read the programme notes. The second is to glance at the track list. If it has more than 12 separate items, then it is probably placed in a quasi-liturgical, and almost certainly spurious, setting, with additional plainchant and instrumental pieces intended to represent how it might if it were performed liturgical. But it is most unlikely ever to have been thus performed.  Scholarship changes almost daily, but it seems likely that this is Monteverdi showing what he is capable of, exploring differing style of music on the cusp of the transition from the Renaissance to the Baroque (the prima pratica to the seconda praticca), and possibly (rather like Bach’s B Minor Mass) as a calling card; in Monteverdi’s case, for potential posts in Venice and Rome.  END_OF_DOCUMENT_TOKEN_TO_BE_REPLACED

The BBC Proms’ acknowledgement of the anniversary of the Lutheran Reformation came with three concerts on Sunday 20 August, starting with a lunchtime organ recital featuring the premieres of three pieces from The Orgelbüchlein Project played by its founder/director, the organist William Whitehead. The programme opened and closed with Bach’s Prelude and Fugue in E flat (from the Clavierübung III, BWV 552), played by Robert Quinney (who also played Mendelssohn’s Organ Sonata in A major (Op. 65/3)). It also included the fourth of Schumann’s Fugues on B-A-C-H and two of Bach’s own Orgelbüchlein chorale preludes played by William Whitehead and, just before the final Bach Fugue, Samuel Sebastian Wesley’s ‘Prelude to the Grand Organ Fugue by Johann Sebastian Bach’: a duet for both organists. END_OF_DOCUMENT_TOKEN_TO_BE_REPLACED 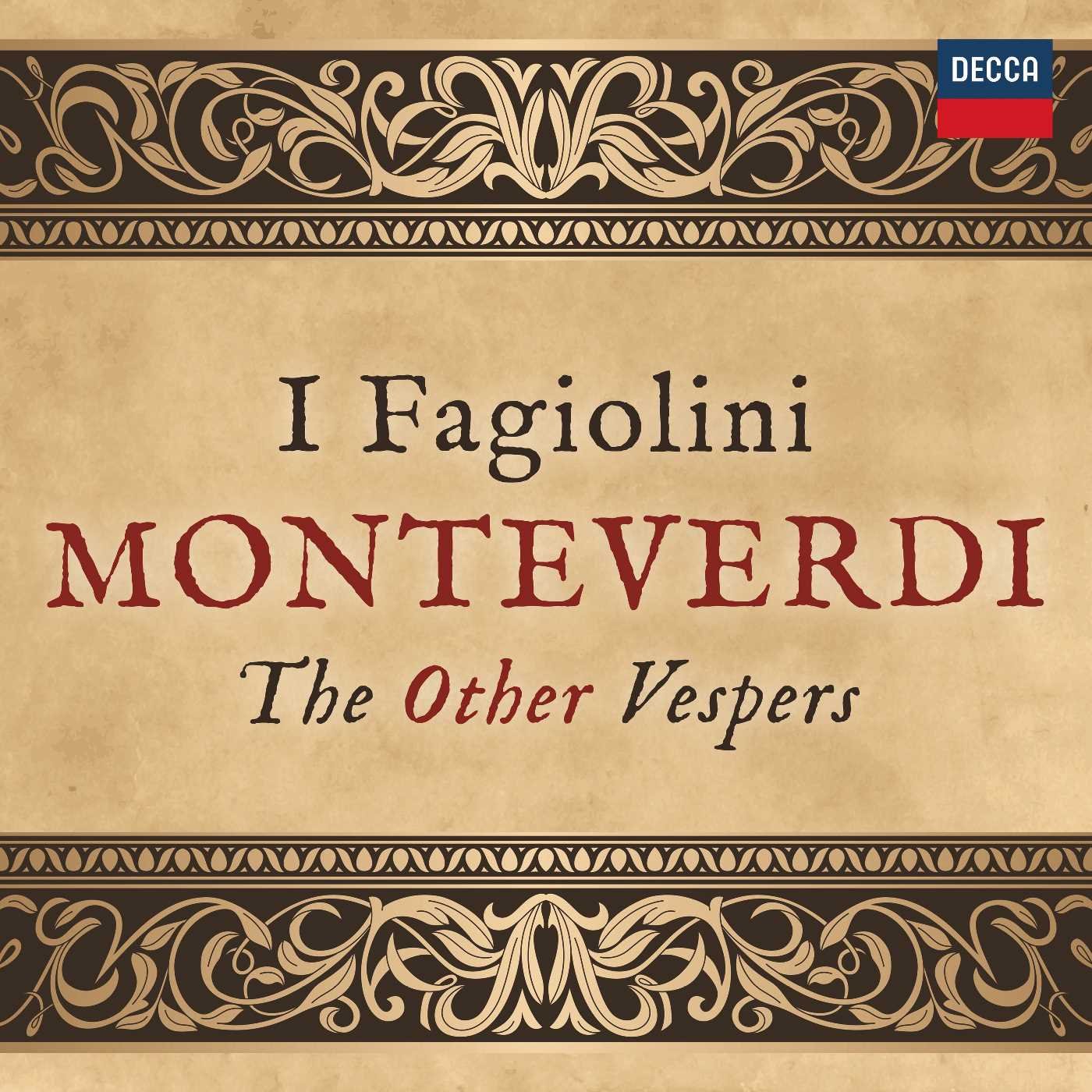 During this 450th Monteverdi anniversary year there will be many performances and recordings of the 1610 Vespers. But for this ‘not the 1610’ recording, I Fagiolini have reconstructed a Vespers service inspired by a Dutch tourist’s 1620 record of hearing Monteverdi direct a Vespers on the Feast of the Nativity of John the Baptist. The psalms and the plainchant on this recording are from that feast, using music by Monteverdi and his contemporaries. The Monteverdi contribution comes from his Selva morale e spirituale, published in 1641, but containing music written much earlier. Whereas the 1610 Vespers are intended for feasts of the Virgin or other female saints, the 1641 collection contains psalms for feasts of male saints. END_OF_DOCUMENT_TOKEN_TO_BE_REPLACED

A walking weekend in the Brecon Beacons happened to coincide with the annual Crickhowell Music Festival. I have reviewed the whole Festival in the past but, on this occassion, could only manage one performance, given in St Edmund’s Church, Crickhowell by the Crickhowell Choral Society and a ‘festival’ orchestra, together with a very impressive group of soloists. One of the things that most impressed me on my earlier visit was the ability of their director Stephen Marshall to attract outstanding and international renown singers such as, on this occasion, Grace Davidson, Nicholas Mulroy, and Catherine King.

The ambitious programme featured music from England, France, and Italy. It opened with Handel’s 1713 Birthday Ode – a homage to Queen Anne, and indeed, to Purcell, whose style he so perfectly absorbed. The opening arioso ‘Eternal lource of light divine’ is one of the most beautful musical creations of all time, with Handel’s understanding of Purcell’s style made obvious. It makes for a very exposed start to a concert, and one which tenor Nicholas Mulroy coped with magnificently. His high lyrical tenor voice hasn’t quite the timbre of a countertenor that Handel intended, but was nonetheless quite exquisite, in this, and in later movements. Grace Davidson’s soprano aria ‘Let all the wingéd race’ was similarly impressive. Both of these key singers demonstrated their excellent ability at singing Baroque ornaments properly, rather than using the often heard reliance on vibrato alone. END_OF_DOCUMENT_TOKEN_TO_BE_REPLACED

The evening started with Jean-François Dandrieu, a composer well-known to organists for his lively Noël variations, but otherwise overlooked in favour of the likes of Rameau and Couperin. The delightful Trio Sonata in D from his 1706 Livres de Sonates en trio demonstrated Italian influence, not least in its use of counterpoint and the Corellian walking bass in the opening Largo, and its vivacious concluding Presto. A true trio, with Joseph Crouch’s cello (or, in this case, perhaps more correctly END_OF_DOCUMENT_TOKEN_TO_BE_REPLACED