With a headline of “Imagine if Bach was a jazzman, Purcell a folk-fiddler, or Monteverdi a minimalist…”, the second annual Baroque at the Edge festival made a fitting opening to the 2019 London musical calendar. Founded in 2018 by Lindsay Kemp and Lucy Bending, the team behind the London Festival of Baroque Music and the earlier Lufthansa Festival, the festival invites musicians with a classical, jazz, or folk background to “take the music of the Baroque and see where it leads them” with the promise of “No rules, no programme notes, no lectures: all you need to know is how to listen”. The festival was spread over a three day weekend, with most of the events taking place on Saturday, 6 January, after a Friday night piano recital and before a Sunday family folksinging workshop and linked lunchtime concert.

As was the case last year, the Saturday events started with a lunchtime solo instrumental recital given in the fine late Georgian church of St James, Clerkenwell. Last year it was a talented young recorder player, and this time it was given by the young American violinist Elicia Silverstein, now based in Europe, and a 2018 BBC Music Magazine Rising Star. Her recital reflected her studies (at the Amsterdam Conservatorium) of the connections between avant-garde 20th-century Italian music and 17th-century stylus phantasticus music. In a rather clever bit of presentation, she approached the stage brandishing the three bows that feature on the cover of her new CD The Dreams & Fables I Fashion (Rubicon, RCD1031), described as “a musical fantasy in which past, present and future meet and inspire each other”.

Elicia Silverstein’s recital included several of the pieces on the CD, including the two distinctive contemporary pieces, the second of Salvatore Sciarrino’s 1976 Sei Capricci, it’s shimmering etherial sounds produced by harmonics and col legno bowing (with the wooden back of the bow), and Luciano Berio’s extraordinarily complex Sequenza VIII, built on a foundation of just two notes, its score spanning three widely spaced music stands.

Elicia opened with Bach’s Sonata No. 1 in G minor, the opening Adagio played in a beautifully improvisatory manner, her sense of rhetoric and shading continuing into the following Fuga. The Sonata was followed by Biber’s ‘Guardian Angel’ Passagalia, played with exquisite expressive sensitivity. Sciarrino Caprice was separated from Berio’s Sequenza VIII by the Giga senza basso Montanari’s from his ‘Dresden’ Sonata, the lack of a basso being apparent in name only, with the frequent double stopping providing a perfectly adequate bass line. The impressive recital finished with a particularly powerful performance of the Ciaccona from Bach’s 2nd Partita (BWV 1004). As well as the Biber Passagalia and the Bach Ciaccona, the CD also includes Biber’s Mystery Sonata X, ‘The Crucifixion’ and Pandolfi Mealli’s La Casta Sonata, both with continuo accompaniment. Elicia Silverstein is a young musician to watch out for.

The rest of the day’s events took place in the former church of St Luke’s, Old Street, now a concert hall, re-branded as LSO St Luke’s and the home of the London Symphony Orchestra. The first event gave an insight into the production of a series of BBC Radio 3 programmes, first broadcast in late 2017 during a Bach festival as part of the BBC’s ‘slow radio’ series. The programmes were inspired by the 250-mile walk that the 20-year old Bach took from Arnstadt to Lübeck in 1705 to meet his hero, the distinguished organist Dieterich Buxtehude. Bach arrived in the late Autumn, and he would almost certainly have heard some of the famed Advent Abendmusik concerts, founded by Buxtehude’s predecessor (and father-in-law), Franz Tunder. He was only given 4 weeks leave of absence but didn’t return for around 4 months. BBC presenter Fiona Talkington and Lindsay Kemp, the artistic director of Baroque at the Edge and the BBC producer for the programme, discussed the technical issues involved in recording the programmes.

The later afternoon concert was given by Liam Byrne combining his viola da gamba with electronics, in the shape of a laptop computer (which occasionally said ‘No!’) and a series of foot pedals, some of which, I think, controlled the page-turns of the tablet computer that I think Byrne was using as a score. The ‘no programme’ policy of the festival was something of a nightmare for a reviewer, particularly as there was only minimal information about this event in the festival’s website. Sadly that means that several of the composers were not properly acknowledged or understood by the audience. My own notes were later aided by a list of pieces from the organisers. The audience entered to the ambient tones of Nico Muhly’s Long Phrases for the Wilton Diptych as an introduction to his Drones and Viola da Gamba.

A Marais Prelude was followed by Unvoiced a recent piece by a Royal Academy of Music student, Samuel Milea, playing around with consonant and dissonant harmonies in a reflection of the effect of dementia.  Picforth’s curious In Nomine (his only known work, dating from around 1590) was multitracked by Byrne line by line. Each of the five voices uses one note length, generally getting slower in the lower voices. Although the piling up of the five voices was interesting to hear, the rather predictable metrical structure was not really helped by being repeated, as each voice was layered onto its recorded predecessors. Two contemporary pieces by Edmund Finnis Lines Curved Rivers Mirrored and Alex Mills Suspensions and Solutions followed, the latter based on the different ways that inks and dyes respond in water. So far all the pieces were amplified through the hall’s resident speakers, which were not timed to allow the initial sound to come from the performer (as is usually the case in cathedral=type speaker installations). In my case, this meant that the sound consistently came from a loudspeaker to the top left of my seat. The amplification also clouded the distinctive sound of the viola da gamba. This was only evident in the final Sainte Colombe Chaconne, the only unamplified piece of the concert.

The main evening event was Burying the Dead, as in last year’s Saturday evening a staged concert-drama based on the death-bed reminiscences of a composer, in this case, Henry Purcell in the year 1695. It was directed by the imaginative theatre and opera director Thomas Guthrie and scripted by Clare Norburn, who also wrote last year’s show about Gesualdo. It used the same formula of acted flash-backs of various incidents in the composers’ life with music forming an integral part. Purcell, in particular, would no doubt have approved of the semi-semi-opera format of his own period. It was written for the young group Ceruleo and featured actor (and occasional singer) Niall Ashdown as Purcell alongside sopranos Emily Owen and Jenni Harper, singing and playing other characters, including Purcell’s wife Francis, a children friend called Jane, and the young soprano Letitia Cross. Letitia was about 13/14 at the time of Purcell’s death. She was a member of Purcell’s theatre group during the last few years of his life. Purcell wrote a number of songs for her, including Man is for the woman made (Mock Marriage) and I attempt from love’s sickness (Indian Queen). Norburn’s script made much of the young girl’s provocative sexual fumblings and advances on (and in) the dying Purcell’s bed, which left me not only feeling a little uncomfortable, but also wondering whether Norburn was rather over-extending Letitia Cross’s Restoration drama promotion as a sexually provocative young actress into these domestic surroundings. Was there any evidence for this? That said, the depiction of seemingly promiscuous pre-teens was all too common in the lusty Restoration dramas of Purcell’s time, for example in Letitia’s song How happy is she that early her Passion begins, set by Purcell to Gould’s words in The Rival Sisters. The photo below shows a tussle between Mrs Purcell and Letitia.

The Ceruleo instrumentalists, Satoko Doi-Luck, harpsichord, Kate Conway, viola da gamba, and Toby Carr, theorbo were not only excellent accompanists to the two singers and to the stage action, but also had their own moments of drama, one being the scene when a succession of Purcell and Francis’s four dead babies are passed across the marital bed into the arms of the otherwise very busy viola da gamba player, Kate Conway.

There had been some early rather outdated feminist polemic that seemed a little out of place in the context of a historical drama but, otherwise, the script was believable – or at least, I hope it was as there was a lot of information in it. Did you know that ringing church bells backwards was an alarm signal? Nor me! And I’m not sure if I would recognise bells ringing backwards anyway. Burying the Dead covered a vast range of Purcell’s life and London’s history, including the Plague and the Fire of London (where Purcell’s childhood friend Jane was apparently the first to die, as she worked in the Pudding Lane bakery where it started). Also mentioned were the concerts in the loft of the charcoal merchant Thomas Britton’s Clerkenwell works, and the slightly earlier events arranged by John Banister. The latter arranged one of the first examples of a ‘concert’ in London, leading to one of many clever lines from Niall Ashdown’s Purcell “I’m sure you’re familiar with the term ‘Concerts’. They are rather like this, but with less speaking”, I also liked his opening comment to the audience –  “Who are you? And what are you doing in my bedroom?”. Thomas Guthrie’s direction was well-judged, allowing the focus to be on the text and the music and, through a relaxed fourth-wall, building a good relationship with the audience, who were gently involved in the action on a few occasions. It finished, inevitably, with Dido’s Lament.

The last of the Saturday events was a late-night concert given by singer Nora Fischer – with Mike Fentross, theorbo. If ever there was a concert that summed up the festival sub-text of ‘no rules’, this was it. The daughter of distinguished musicians, and a (very briefly) classically trained singer (she survived just one term at the Amsterdam Conservatoire before being ‘kicked out’), she went on to study musicology and philosophy and New Audiences and Innovative Practice. Nora Fischer has since carved a singularly refreshing approach to music making, blending early with pop music and elements of theatre.

Her recent CD, Hush (Deutsche Grammophon 00289 4816920) treats a sequence of’ 17th-century pieces in a contemporary manner, accompanied by electric guitar. Although it might not appeal to period purists, it is an imaginative reinterpretation of early music seen through the aural lens of contemporary popular music. Shorn of most of the ornaments and elaboration inherent in period singing, this simple and direct approach will bring the joys of the sensuous 17th-century repertoire to a whole new generation. 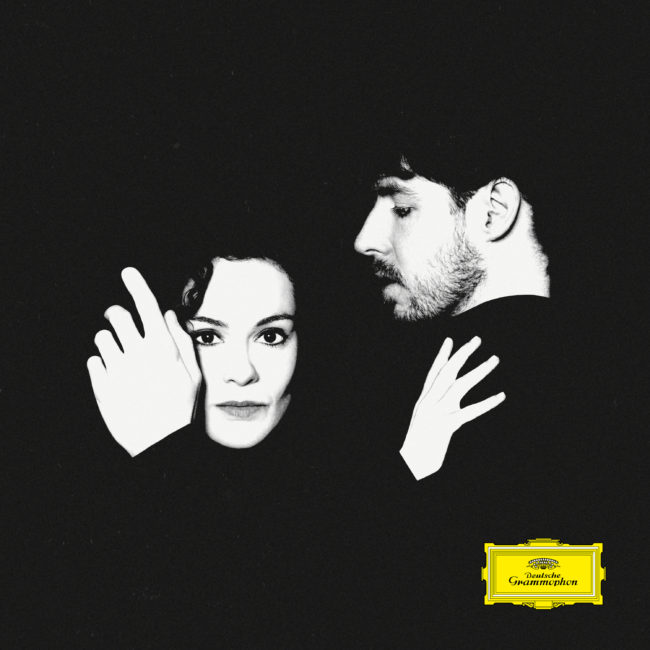 For this concert, the electric guitar was exchanged for a more traditional theorbo, with Mike Fentross having to transcribe some complex original accompaniments. There were no obvious indications of her pop persona, although a jazz element crept in on occasions. Her expressive, direct and sensuous singing engaged the audience with the texts and moods of the pieces. Her relaxed and friendly spoken introductions helped to involve the programme-note-less audience in her musical world. The pieces ranged from Purcell’s Ye gentle spirits and Music for a while, Jacopo Peri’s extended lamentation Tu dormi, e’l dolce sonno, Barbara Strozzi’s similarly meditative and guilt-ridden Lagrime mie, and extracts from Monteverdi’s Orfeo, with Nora Fischer taking on the male role of Orfeo “because I want to”. The generally low key and meditative mood was enlivened with Stefano Landi’s ‘little bird’Augellin, before the concluding Monteverdi Oblivion soave, the beautiful lullaby sung by Arnalta to Poppea and, incidentally, one of the most attractive tracks on Nora’s Hush CD.