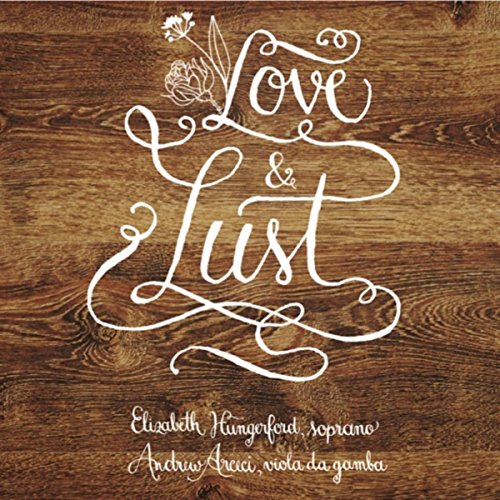 This CD was recorded in 2013 and appears to have been available as a download, but was issued as a CD in 2014 or 15. It appears to be self-produced, as there is no record label mentioned, although the bar code number listed above is searchable. The CD liner notes give translations of the texts, but not strictly in the order of the tracks. No track or total timings are given, which might limit its use for broadcasters. There is a brief note about the two performers, but no other information about the programme or the background to the pieces. But there is a full page listing of some 150 people who “the artists wish to thank” – presumably the result of a crowdfunding campaign.

All that merely reflects that performers have to start somewhere, and self-producing and self-promoting is pretty much standard nowadays. What is important is what you get if you can get hold of this CD. And that is a far more professional offering than the rather basic packaging indicates. The combination of soprano and viola da gamba works very well, particularly given the attractiveness of the acoustic (it was recorded somewhere in London). The gamba is used as both accompaniment and as a ‘second voice’ to the singer, and also features in some solo tracks. We also hear the solo voice.

Elizabeth Hungerford uses the term ‘clarion’ to describe her voice, although on the basis of this recording, I think this gives an unfortunate suggestion of possibly uncomfortable power. If that is what she builds her singing career on, it is not evident here. Indeed her voice is gentle and mellifluous, with a very focused tone and excellent intonation. Andrew Arceci gamba playing is musical and expressive, whether in solo or accompaniment role. He uses the gamba percussively in Filippo Azzaiolo’s Chi passa per ‘sta strada. There are some nice pairings of pieces, one being the lovely Amarilli mia bella by Caccini followed by Jacob Van Eyck variations on the same theme. Andrew Arceci makes very effective of the tone colours of the viola da gamba in the extended solo line of the divisions.

The programme is mixed, but all centered around the theme of Love & Lust with music from the late Renaissance and early Baroque era, generally in Italy and England. One of the most effective tracks is Tarquinio Merula’s gorgeous lullaby, Canzonetta Spirituale sopra alla nanna, clearly reflected Mary and the baby Jesus. The evocatively soaring vocal line is supported by an hypnotic accompaniment based on just two notes. The gentleness of the lullaby is disturbed at a few moments when the future of the baby is predicted.

Any qualms about the quality of the CD notes are forgiven by the standard of the singing and playing, and the fascinating programme.