Boismortier (1689-1755) is one of those composers that crops up in occasional concert programmes, but is far from a household name amongst musicians. 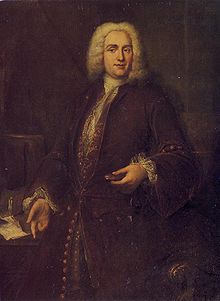 He was not part of the French musical elite of his time, and was thought of as a rather slight composer of popular pieces that enabled him to live in some considerable style on his estate near Paris (without the usual aristocratic or royal patronage), raising a degree of jealousy amongst his contemporaries and a continuing lack of enthusiasm from critics. He was a prolific composer, with a focus on the flute. His music can variably be described as Galant or Rococco: an easy-going, delicate and relaxed style

The playing is eloquent and elegant, as befits the music, and demonstrates a subtle sense of rhetoric as an expressive device. The recording is closely miked, resulting in some very audible breaths and giving a focus of attention on the initial transients of notes from the flute player. The transients are occasionally perhaps a little too prominent for the perceived flow of the music, and are not matched by similar accents from the violin. The violin writing is interesting, as it often adds an accompanimental role to its equal solo partnership, playing chords in a continuo fashion (as indicated in the title by “violin par accords”) as well as occasionally starting a third voice.

The comprehensive programme notes (in English only) include descriptions (from de Brossard and Michel Corrette) of the words that Boismortier used in the Sonatas, together with descriptions of various aspects of performance style of the period.

Further information can be found here.