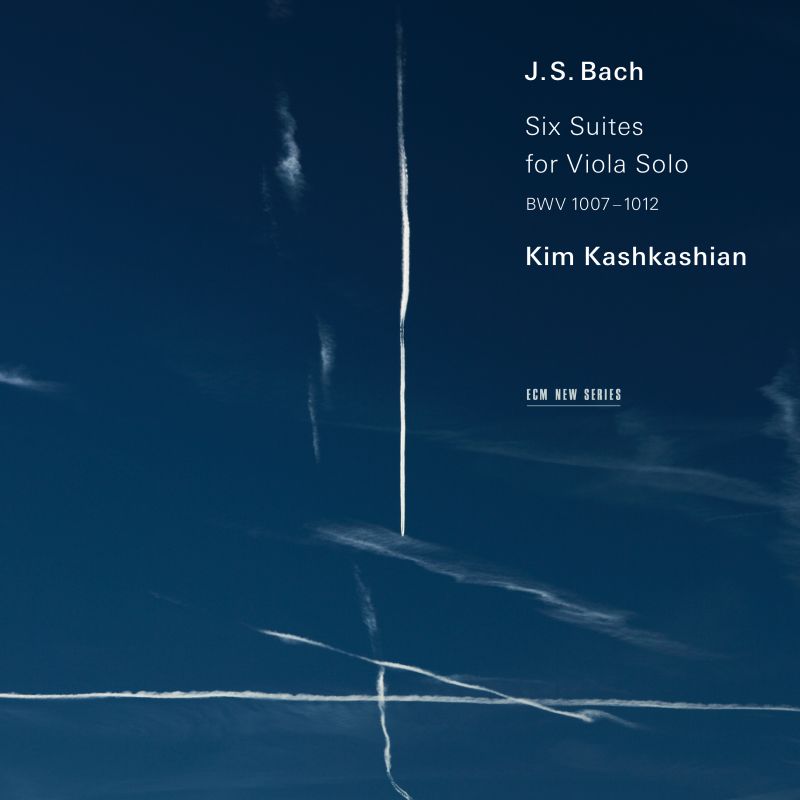 Yes, you read the title correctly – these are Bach’s six ‘Cello’ Suites, but are here played on a viola by the distinguished American violist Kim Kashkashian. With no original manuscript in Bach’s own hand, there have been many questions about these Suites, one being what type of instrument they were actually written for.

It seems relatively certain that they were not intended for what we would now think of the cello, in modern terms. There is a pretty strong notion that they were intended for the violoncello da spalla, a small cello playing across the chest in a manner close to that of a violin. On several occasions in the Cantatas, Bach refers to a violoncello piccolo, which may have been a reference for the violoncello da spalla. So performance on the viola is not as far fetched as it might seem. With a pitch an octave higher than a present-day cello this clearly presents a different sound world to the one we are used to, but this recording is very persuasive.

A longtime collaborator with ECM, Kim Kashkashian has previously recorded works by composers such as György Kurtág, Tigran Mansurian, Krzysztof Penderecki, Henri Vieuxtemps and Morton Feldman as well as a viola version of Bach’s Viola da gamba Sonatas with Keith Jarrett playing the harpsichord. Despite an apparent leaning towards more recent compositions, she is a compelling interpreter of Bach. She plays with a keen sense of the implied (but unwritten) articulation of the melodic lines of the Suites, and the equally implied (but unwritten) harmonic structure of the music.

The short programme note introduction by Kim Kashkashian is in English and German, but the extended essay by Paul Griffiths ins only in English. Both scripts are rather flowery in their use of language, with examples including KK’s “.. as every evening brings a hard-earned understanding, and every morning a dawning realization that that yesterday’s revelations were missing a layer of meaning and balance” to this example (one of many) from the rather verbose PG “… the first gavotte of the C minor suite steps with a determined grace (or is it graceful determination), encrusted with chords as a formal jacket may be with orders, against which the second presents a single line hurrying the work in search of itself, running, perhaps humorously, into partial versions that slip away in different directions.”

Fortunately, the performance itself is devoid of such toe-curling extravagance. Kim Kashkashian’s playing combines a sensitivity of expression with impeccable articulation. This is a worthwhile addition to any collection of Bach recordings.