Graham Barber has built a reputation for exploring some of the lesser-known byways of the organ world, particularly from the 19th and 20th centuries, and this recording is an excellent example of that focus. Sigfrid Karg-Elert (1877-1933) was a high profile organ composer in the UK and USA during the early years of the 20th century, so much so that the Organ Music Society of London arranged a ten-day festival of his music in 1930. He was, however, almost completely overlooked in his native Germany, where composers were taking a rather different path. A brief renaissance in the UK in the 1970s soon melted away, with the exception of the ‘March Triomphale’ on Nun danket alle Gott (Op65/59) which remains popular to this day, perhaps because it is a rare example of a German chorale melody that is also well-known in England, as ‘Now thank we all our God’.

Karg-Elert wrote a considerable amount of music for the harmonium, specifically the Kunstharmonium, a largely domestic instrument that enjoyed a brief period of popularity in France towards the end of the 19th century. The largest of these compositions was the Harmonium Sonata No. 2 in B flat minor, Op. 46, published in 1913. Lasting around 40 minutes, it is in three movements: Enharmonische Fantasie und Doppelfuge, Canzone  Toccata. The motif B-A-C-H permeates the work.

An opening Tempo rubato flourish for full organ leads to a hushed densely harmonised version of the last two lines of the Easter chorale, Jesu, meine Zuversicht. As the tension builds up, the B-A-C-H theme remains dominant as the various contrasting sections and moods come and go. The return of the opening flourish leads to a coda with insistent repeats of B-A-C-H leading to a climactic chord. The Double fugue opens Andante misterioso with an upward scale motif, later heard in retrograde as the dense counterpoint is slowly overtaken by the B-A-C-H motif, concluding with a massive return of the chorale theme.

The central Canzone opens Tranquillo with a clarinet solo leading to the main theme, evolving in a moment of relative harmonic calm over a pedal point. The chorale returns, and then the B-A-C-H motif and a dynamic climax. The mood subsides as the key signature changes from six flats to five sharps and back again, before the movement subsides over another pedal point.

The Scherzo like Toccata has a similar arched dynamic form, climaxing more than once after the arrival of the B-A-C-H motif before concluding, after a reprise of the opening and a Maestoso version of the choral, with a surprisingly quiet conclusion. You can hear short extracts of this Sonata performed on in its original form on a harmonium here.

Karg-Elert arranged parts of it for the pipe organ, not very successfully, but, for this recording, Graham Barber has produced his own very impressive transcription. It can’t have been an easy task. Quite apart from the sheer quantity of notes, the complex instructions for registration on the harmonium needed to be transferred to the very different sound of the organ. And the dense texture of the music, generally in remote key signatures, would not have made it an easy piece to learn. 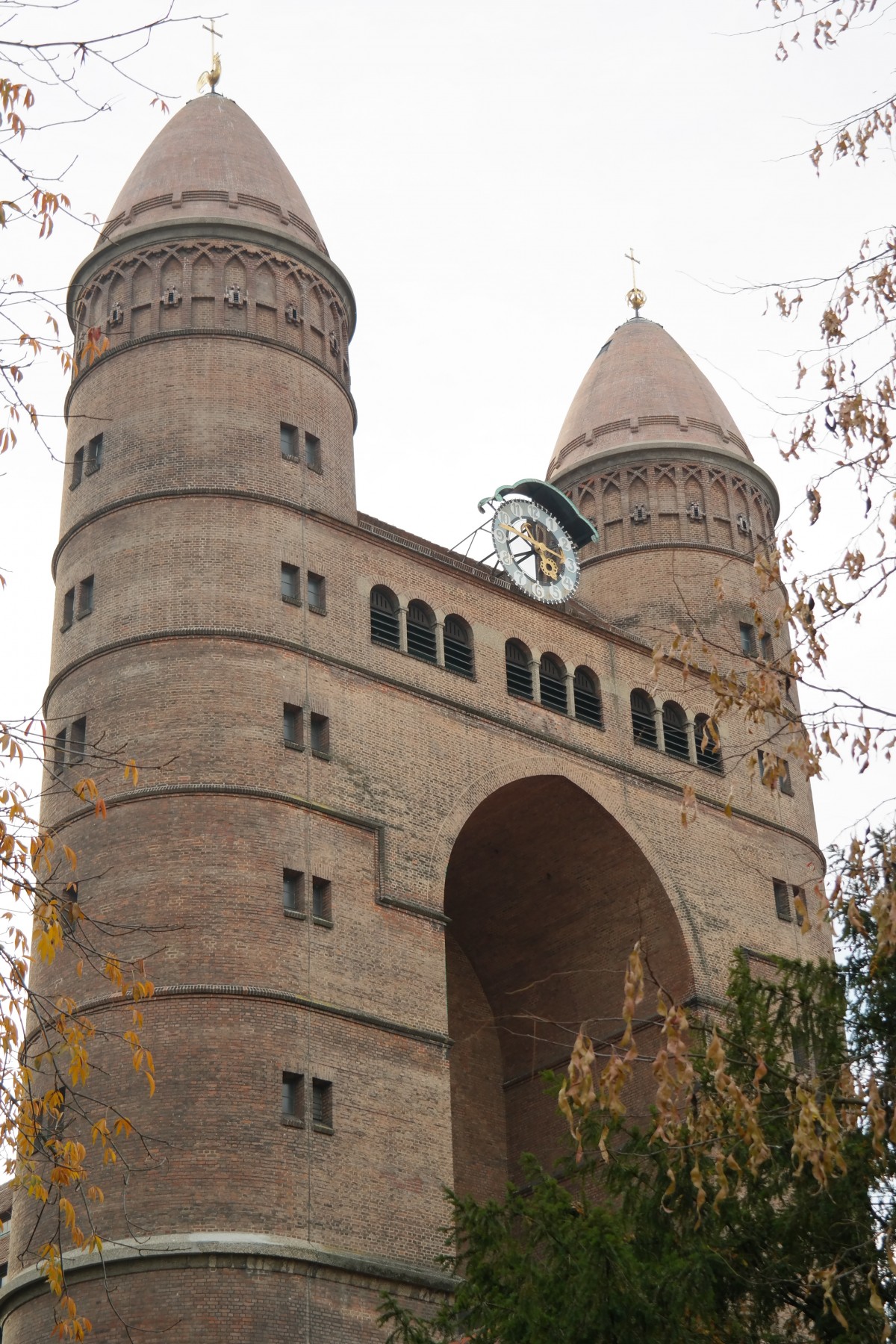 The organ chosen for the recording is the enormous organ in the Pauluskirche in Ulm, Germany (pictured). The organ and church are appropriate in a number of ways, one being that they were both built around the same time as the Sonata was published, the church itself being an imposing example of the German Jugendstil, musical elements of which are to be found in Karg-Elert’s music.

The Ulm organ has undergone several changes and enlargements over the succeeding decades, the most recent being in 2015. It now has 86 stops and includes a complex system of internal electronics which allows several stops from the four manuals to be available on other manuals. Other devices include a divided pedal and about 70 different couplers. Tonally it has practically everything you could possibly wish for, including eight 32′ stops (two on the manuals). Some of the full organ sounds are, at least to my ears, a little shrill at times, but the range of tonal colours is explored brilliantly by Graham Barber. I can’t imagine how long it must have taken him to register the Sonata and the companion pieces.

This is a remarkable recording project in so many ways. This is music that, whilst not the finest example of the German late-Romantic organ repertoire, is nonetheless impressive and deserves being heard on a full-sized pipe organ. And Graham Barber’s transcription is well-conceived, notably in his writing for the pedal line, missing entirely in the harmonium version. His amendments to the musical text are appropriate, and the performance is masterly, notably in his choice of registrations.

This recording came about through a successful crowdfunding campaign, the promotional video of which is below. It includes extracts from the Sonata, played on the Ulm organ.