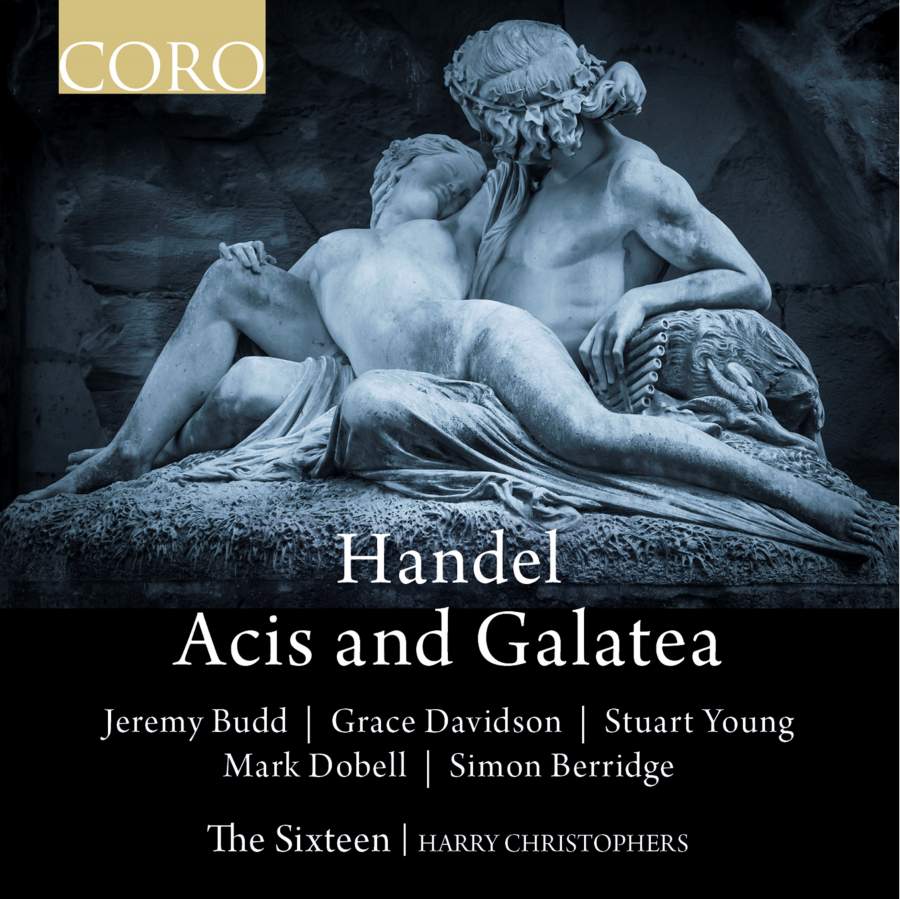 This is an attractive reappraisal of Handel’s Acis and Galatea, the one-Act “Little Opera” (as described by Handel) that he composed in 1718 for performance at Cannons, the grandiose (and no longer existing) seat of the 1st Duke of Chandos, James Brydges in what is now a North London suburb. It seems likely that it was performed outdoors to a selective audience of house guests on a terrace of the county house, although it is not clear to what extent it was staged. It subsequently went through several incarnations and revisions during Handel’s lifetime. On this recording, Harry Christophers returns to what might have been the original Cannons version with just five singers and small-scale instrumental forces of just nine players, with pairs of violins, cellos, oboes/recorders with a three-strong continuo section of theorbo, harp, and organ/harpsichord.

The result brings a welcome delicacy and intimacy to the piece which is usually lost in more traditionally overblown operatic performances. What it might, arguably, lack in dramatic power is more than compensated by the attention to the detail of the voices and instruments. Harry Christophers sets sensible speeds, giving the text and music clarity and focus and reinforcing the pastoral nature of the piece. The libretto was by John Gay, and it was the first work in English that Handel attempted. It is based on Ovid’s story of the touchingly innocent love between the shepherd Acis and Galatea before the arrival of the jealous giant Polyphemus throws a spanner in the works.

Grace Davidson’s Galatea and Jeremy Budd’s Acis perfectly capture the sweet innocence of young love, while Stuart Young’s portrayal of the villenous cyclops Polyphemus plays up the comedic aspects of the role (as clearly suggested by Handel’s music, rather than the overpowering ‘Me-too’ monster. There is nothing to frighten ‘the ladies’ here! The singing is outstanding: clear, focussed and devoid of the irritating vocal oddities of later operatic singing styles. Mark Dobell (Damon) and Simon Berridge (Coridon) are similarly impressive in their roles. The combined five-strong chorus is perfectly adequate, again bringing clarity to the texture.

The instrumentals support the delicacy of the music, with notable contributions from Sarah Sexton & Daniel Edgar, violins, and Hannah McLaughlin & Sarah Humphries, oboes and recorders. Although the continuo forces might be slightly larger than Handel intended, their support is key to the success of the instrumental sound.

Unfortunately, the length dictates a split over two CDs, effectively dividing the piece into two Acts, and losing the original link between the duet Happy we! and the following chorus Wretched lovers.