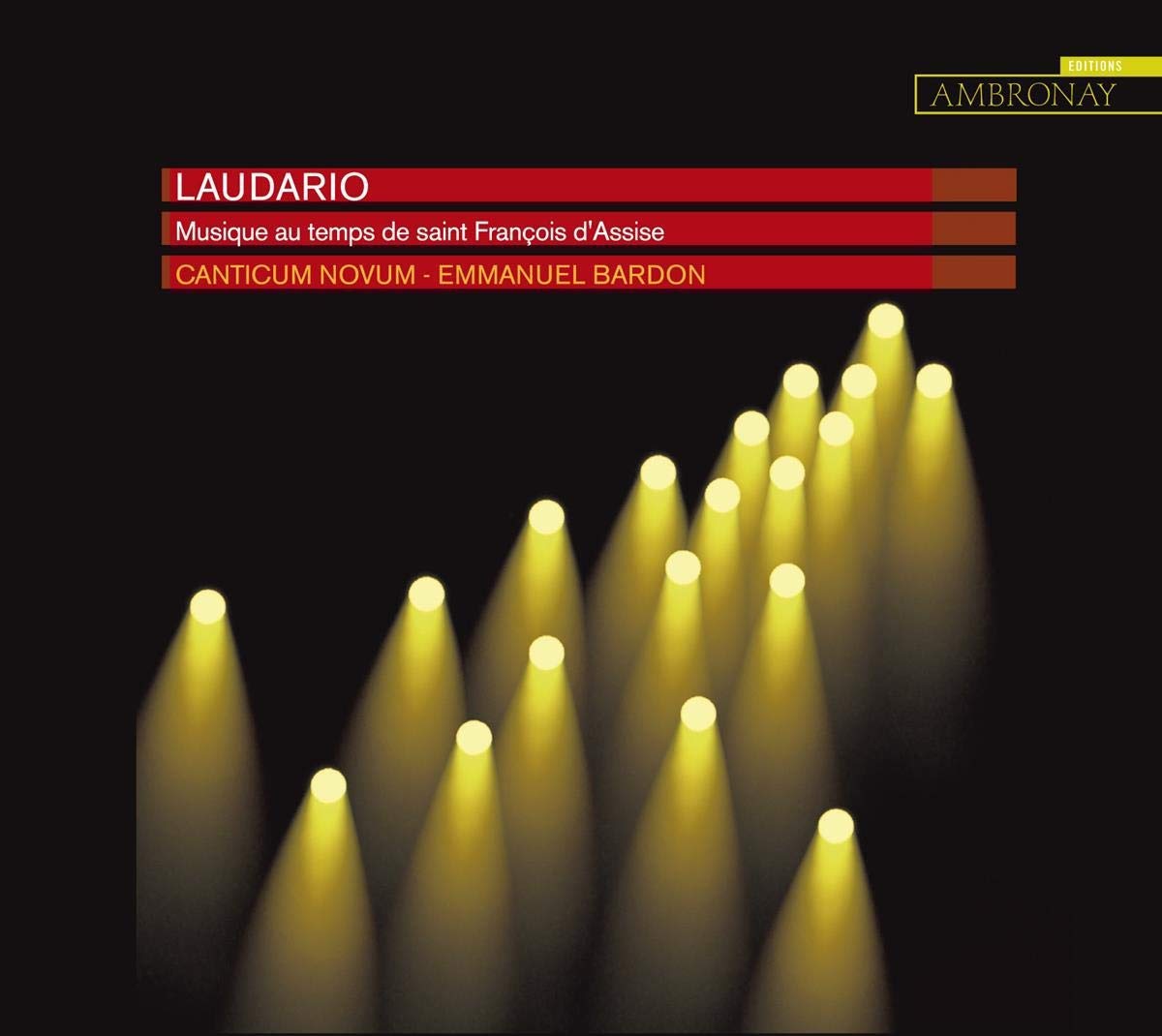 In this recording, Canticum Novum explores music from the Laudario di Cortona, sacred songs from the time of St Francis of Assisi in the late 13th century. The songs were probably intended for use by the various fraternities, possibly in quasi liturgical situations such as street processionals.

The Lauda are structurally simple, and are sung here in an appropriately restrained manner by a male and female singer, usually in octave unison. The accompanying instruments are generally appropriate, but the percussion is, as is so often the case with medieval music, rather too prominent and overdone. I also wonder about the historic appropriateness of some of the instruments for the period. But overall it is an attractive sound.

The pieces are grouped into a chronological order of the birth and life of Jesus, from the Annunciation, Birth, Passion, ending in songs for the Virgin Mary. Well-known instrumental pieces are inserted between some of the Lauda. The liner notes are by a Professor of Medieval History and set the scene well.

Although perhaps not the most important recording of medieval music to be had, and certainly not if you already have the many pioneering recordings from the pioneers of the early music movement, this is a reasonable introduction to what might be the sounds of 13th century.