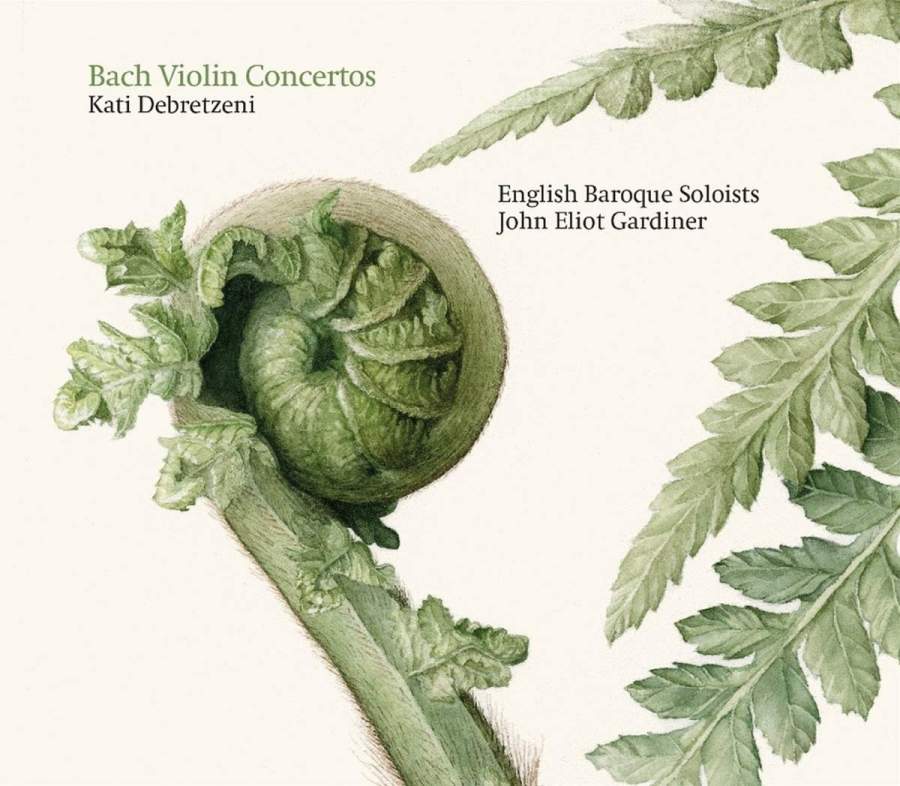 This recording has the makings of becoming an all-time favourite version of the Bach Violin Concertos. Quite apart from the exceptional playing by Kati Debretzeni, we get the bonus of two additional concertos. In addition to the well-known A minor and E major, (BWV 1041/1042) concertos, Kati gives us two others, the disputed D minor (BWV 1052) and the world premiere recording of her own arrangement of the E major harpsichord concerto (BMV 1053), transposed down to D. The detailed programme notes give full details of the rationale and implications of the two additional concertos, and their arrangements for violin.

Whatever the musicological interest in this important recording, it is Kati Debretzeni’s exquisite playing that stands out. Although she is capable of extraordinary virtuosity, she wears it lightly, playing with a delightful delicacy of touch whatever Bach throws at her. Tiny details of articulation, shading of volume, and a subtle attack and release of individual notes are achieved within an overall fluidity of musical line. This is most evident in the sensuous slow movements, all magnificent in their (apparent) simplicity. The fast movements are never too fast, the clarity of detail that John Eliot Gardiner achieves with the English Baroque Soloists being key to the interpretations.

Kati Debretzeni arrangement of the E major harpsichord concerto (BMV 1053) into a D major violin concerto is well-judged. This was never thought of as having its roots in an earlier violin piece, the solo instrument most likely to have been organ, oboe, oboe d’amore or viola. But Kati’s arrangement is compelling and convincing. She bases much of her inspiration on the organ solo versions of all three movements in earlier cantatas (BWV 49 & 169), not least in deciding how to apportion the left hand of the harpsichord to continuo group.

The D minor (BWV 1052) is played in the version edited by Wilfred Fischer, with slight amendments by Kati Debretzeni. Again, reference was made to an earlier organ version of the first two movements, from Cantata BWV 146.

The first time I heard violinist Kati Debretzeni play was in the bowels of a London conservatoire with a group of fellow students, all of whom have gone on to great things, Kati in particular. Leader of the English Baroque Soloists and the Orchestra of the Age of Enlightenment, her committed and communicative playing has been a highlight of many of my reviewing engagements. I remember her playing during one of the OAE’s Night Shift events after an over-excitable wannabe ‘down-with-the-kids’ presenter tried to encourage people to go off to the bar and return with drinks. Within a second of Kati starting to play, the large audience of mostly young people was reduced to absolute silence and rapt attention. Nobody moved, purely through the power of the music and the sensitivity of Kati’s playing. This outstanding recording should have the same effect.

An interview with Kati about this recording can be read here. 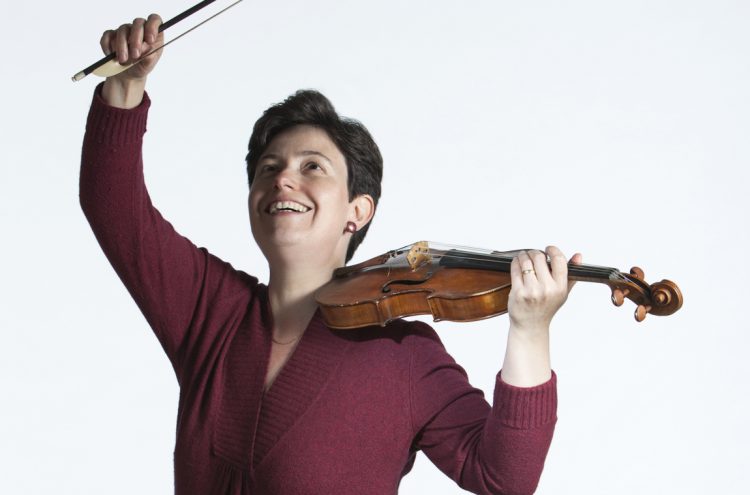