Pairing Rachmaninov’s Isle of the Dead with Shostakovich’s 1tth Symphony foretold an evening that wasn’t going to be a bundle of fun. The opening gloomy 5:8 rhythms of the boatman rowing a corpse to the Isle of the Dead, as memorably depicted in Arnold Böcklin’s painting Die Toteninsel, set the mood. This photo shows a much better and clearer version to that printed in the programme – there are at least six versions. 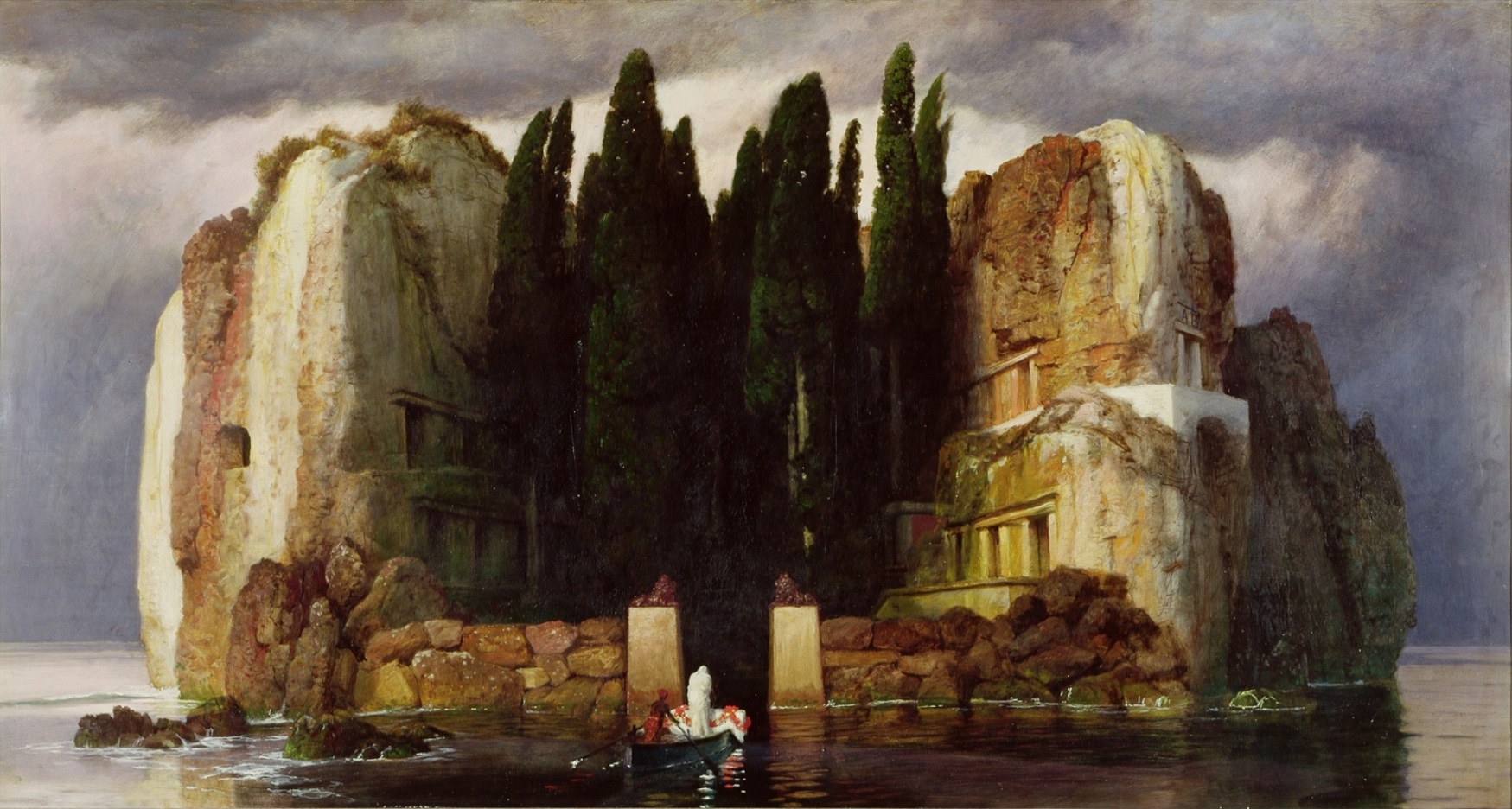 The brooding intensity of the music was caught well by Finnish conductor John Storgårds, controlling the ebb and flow of the music and avoiding overdoing the climaxes – more was to come! There were some lovely contributions from the BBC Philharmonic woodwind, not least from Colin Pownall on bass clarinet and Gillian Callow, cor anglais. The increasing presence of the brass led to a climax as the ‘theme of life’ was challenged by the inevitable appearance of Rachmaninov’s beloved Dies Irae. You can watch the live TV broadcast of the whole Prom on iPlayer here. Do watch the opening discussion, if only to watch one of the BBC’s more excitable mansplaining presenters patronising a far more sensible female baby presenter and twice contradicting an expert on Russian music’s description of the conclusion of the Isle of the Dead – a toe-curling moment! For what it is worth, I am with the expert on Russian music on her interpretation of the mood of the conclusion.

“Follow that”, might have been the instruction to Finnish composer Outi Tarkiainen for the world premiere of her BBC commission, Midnight Sun Variations. An evocative exploration of the colours of the light in the Lapland Arctic summer was combined with very personal reflections of the birth of her first child, just a week after she received the commission. The opening cascades of slithers contrasted with a kaleidoscope of aural textures, including the rattle of seashells and what seemed to be the cries of birds and several microtonal pitch manipulations. Little phrases came and went in an ever-changing pattern of textures and colours. The many solo moments included fine examples from Jennifer Hutchinson, piccolo, Brynjar Kolbergsrud, trumpet, and Paul Turner, timpani.

Shostakovich’s hour-long Symphony No 11 is a complicated piece, with two principal interpretations. It was written in 1957 for the 40th anniversary of the October Revolution in “The Year 1905”. The four movements are played without a break and depict the brutal events of the Tsarist put-down of the Bolsheviks.  It is full of revolutionary folk melodies of the period and was hailed by the Soviet authorities, who saw it as Shostakovich’s return to Soviet ideals. Many of his supporters took a similar view, thinking he had capitulated to the Communist ideal. However, it is now generally held to be more reflective of the brutal Soviet crushing of the 1956 Hungarian Uprising and the resulting mood of despair and hopelessness. The words of the folk songs reflect that despairing mood, something the Soviets seem to have overlooked.

The first movement ‘The Palace Square’ sets the bleak atmosphere in Saint Petersburg on the morning of the events of Bloody Sunday. The second, ‘The Ninth of January’, brutally captures those events, as the Tsarist guards massacre the Bolsheviks in one of music’s most terrifying climaxes. The In memoriam movement follows with a processional to the song “You fell as heroes” leading to another earth-shattering climax recalling the violence of the Palace Square.

The ﬁnale movement, The Tocsin, refers to a warning bell initially heard from the celeste, but ultimately, in this performance, by the extraordinary sound of a battery of massive bells hidden up in the gallery. It is movement of deﬁance, using the songs Tremble, Tyrants and Whirlwinds of Danger. Whether it refers to the ultimate victory of the Bolshevik Revolutionaries in 1917, or to the ultimate hollowness of an empty victory in 1956 is open to interpretation.

As with the opening Isle of the Dead, conductor John Storgårds controlled the pace, structure and texture of the piece exceptionally well. There were major contributions from (I assume) Paul Patrick on snare drum, Paul Turner, timpani, flautists Alex Jakeman and Victoria Daniel and Gillian Callow, cor anglais.