As a continuation of their Mozart 250 project, Classical Opera travelled back 250 years to explore the year 1769 with extracts from Gluck’s Le feste d’Apollo, composed for the wedding celebrations of 15-year-old Ferdinand, Duke of Parma and the 23-year-old Austrian Archduchess Maria Amalia, youngest daughter of Empress Maria Theresa and Emperor Francis I. She was against the idea of this dynastic match from the start, not least because she was in love with a Bavarian Prince, who was deemed socially beneath her. Given that background, it must have been a bit of a strain for her to sit through the three short operas that make up Gluck’s Le feste d’Apollo, two of which were performed in this concert. The opening extract Bauci e Filemone is a rather soppy story of the power of love, whilst the well-known story of Orfeo tells a similar, but rather darker tale of love and relationships.

The tale of Philemon and Baucis, (like Orfeo, based on Ovid) depicts a simple shepherd couple who offer comfort to a bedraggled stranger who turns out to be Jupiter in disguise. After a bit of ranting and killing of all who had previously spurned him in his disguise, he rewards them for their kindness by making them guardians of a temple to Jupiter for the rest of their lives, after which they will become demigods. Gluck set Philemon for a soprano castrati, here sung by mezzo Lena Belkina, with soprano Rebecca Bottone taking on the more prominent soprano role of Bauci. In this semi-staging (directed by John Wilkie) the two shepherds were dressed in several shades of grey, with no obvious visual indication of who was who – or, indeed which one was male. The Sapphic undertones of this interpretation were hard to overlook, and I assume must have been deliberate, although it added little, if anything, to the rather bland plot. 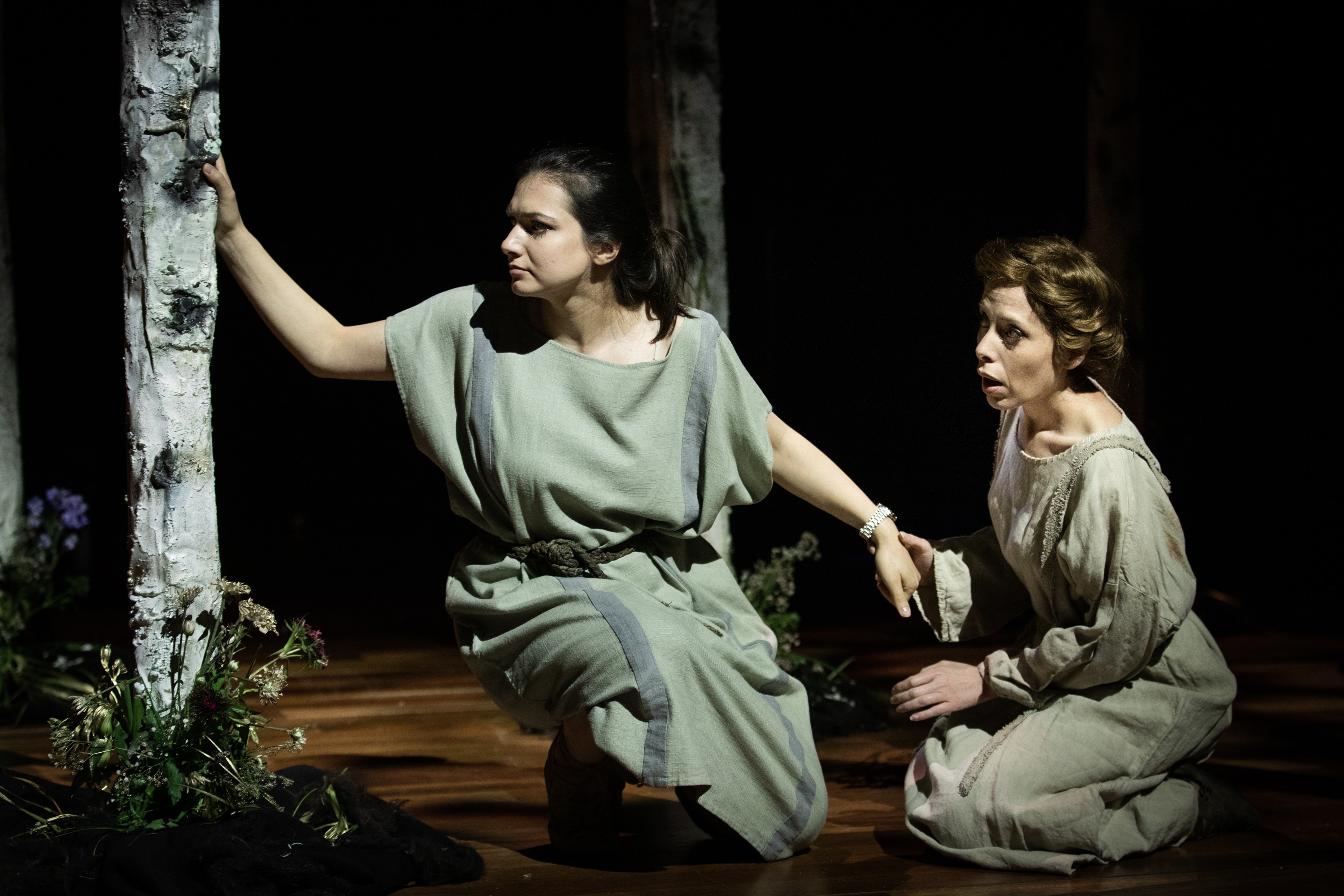 Musically, the hour-long mini-opera had everything that a four-hour version would have offered, with plenty of musical drama, a showpiece aria, gorgeous duets and a wonderful outburst of rage from tenor Gwilym Bowen as Jupiter, his bubbly golden locks giving him a suitably God-like appearance after he transformed himself from the dishevelled pilgrim.

Gwilym Bowen (Jupiter, before & after)

At the centre of the piece comes Bauci’s extended aria Il mio pastor tu sei, with its phenomenally high notes supplied for the original soprano Lucrezia Agujari, who could apparently reach the C above our ‘top’ C and impressed the 14-year-old Mozart in so doing. Rebecca Bottone dealt with this challenge superbly, retaining impressive tone in her upper reaches. She had earlier demonstrated excellent ornamentation in one of Gluck’s references back-to-Baroque style.

My problem with this performance (and that of the following Orfeo) was the direction, costume and staging. At the far side of the wide QEH were 12 bedraggled trees, stripped of everything except their white bark. Orfeo added four B&Q step-ladders that were manoeuvred into various combinations by three lithesome actors. The only real prop was a very plastic looking lyre, which featured in both mini-operas, and several bunches of half-dead gladioli (which reminded me of Dame Edna) which were thumped onto the stage front, and then tipped over the rear gallery. That was behind the orchestra and 14-strong chorus and gave a degree of depth to the staging, but much of the action there was obscured and remote.

The fourth, minor role, in Bauci e Filemone was Kiandra Howarth as La Pastoralle, her one moment sung from the rear of the stage. She was given a stronger role in Orfeo as Euridice, alongside Lena Belkina as Orfeo and Rebecca Bottone as Amore, complete with an enormous set of wings. Musically this was by far the most successful of the two operas. It is an amended version of Gluck’s 1762 Orfeo ed Euridice, with a reduced orchestra, removed ballet music, a more concise text and Gluck’s opera reform ideas of avoiding da capo arias and other Baroque idioms. The performance of the original was in Vienna the day before the 6-year-old Mozart arrived, who later took up he Gluck reforms. Reduced to just three characters and a chorus of Furies, Gluck modified much of Orfeo’s music to suit the Parma soprano castrati. Lena Belkina excelled in this role, giving a far more impressive performance than in the earlier piece. 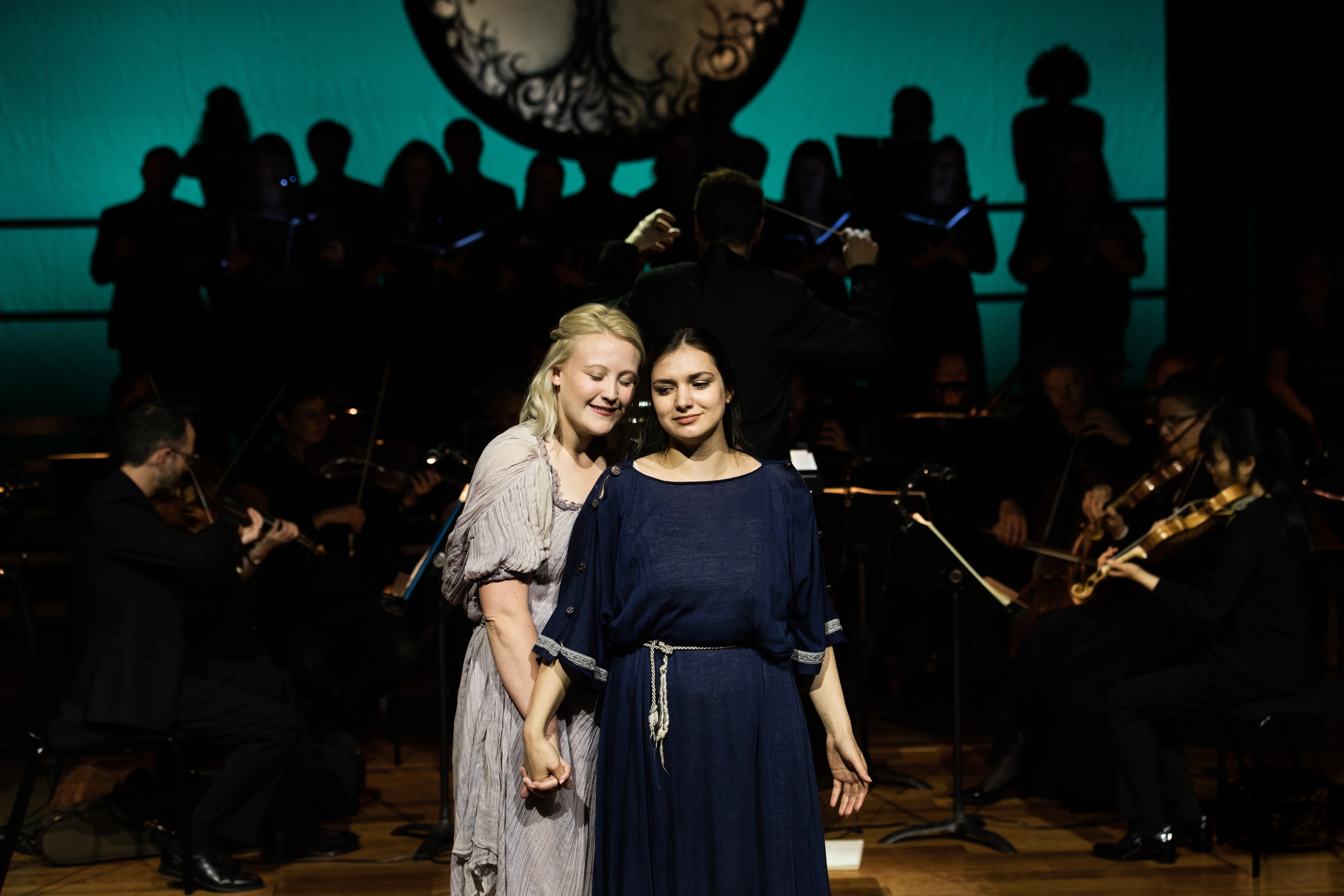 Kiandra Howarth similarly grew into her more prominent role as Euridice, notably in the tense extended scene leading up to Orfeo’s fatal glance backwards. A wonderful example of how communication, and relationships, can spiral out of control with ever-increasing misunderstandings and personal projections, this was the emotional highlight of the evening. Gluck’s writing seemed to be entirely directed at amplifying the text, shorn of Baroque frippery. In Bauci e Filemone it included a wonderful interjection from the oboes on the word ‘guilty’, and in Orfeo, we had a musical depiction of a panic attack. We also had what must be the quickest death in opera, as Euridice slumped to the floor. 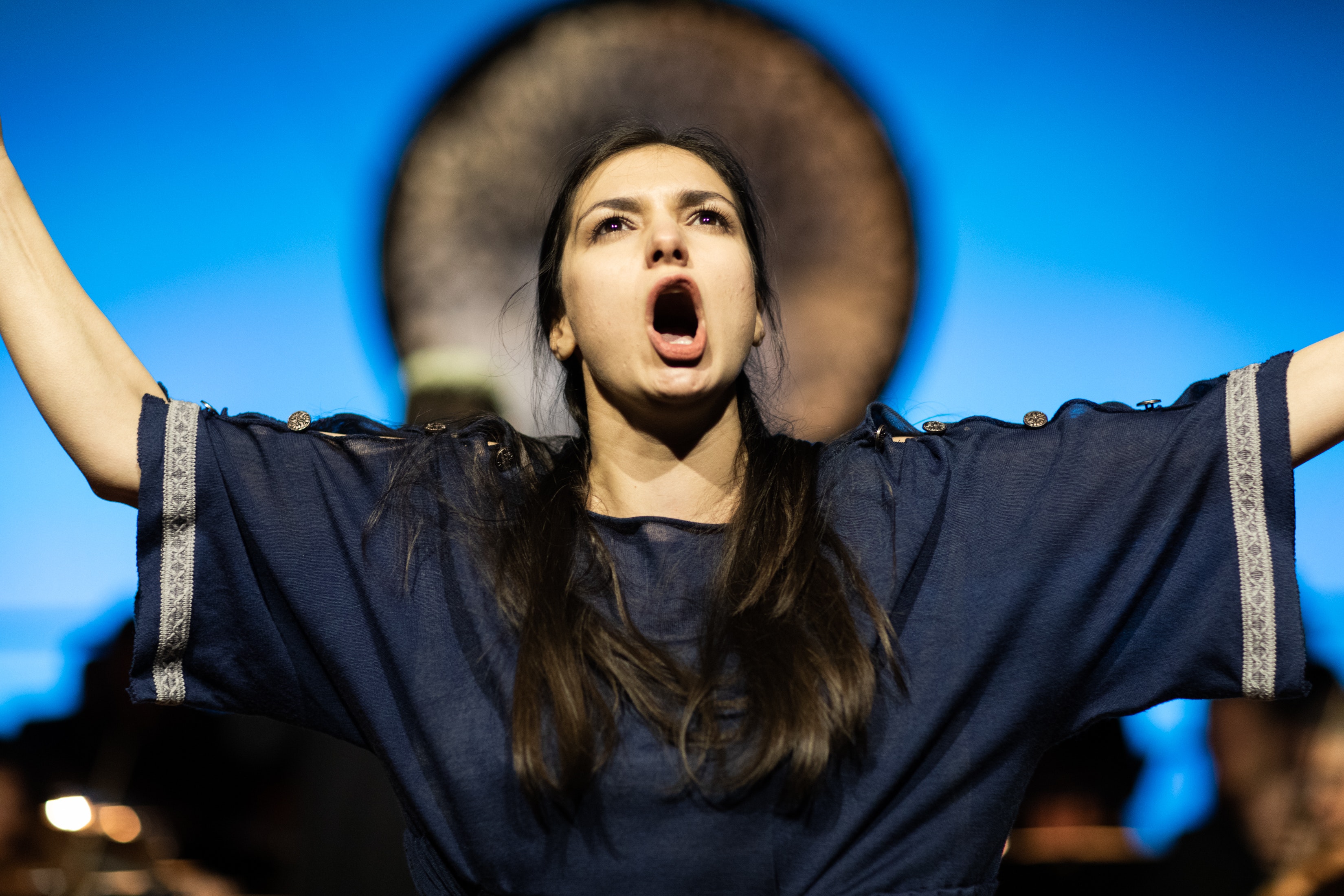 Ian Page’s meticulous and unobtrusive conducting style is a refreshing alternative to the look-at-me antics of many conductors but, despite the lack of any obvious direction to his fellow musicians, he seems to concoct interpretations of sensitivity and musical depth. The Mozartists orchestra was on good collective form, although apart from one oboe solo, there was little opportunity for individual instrumentalists to shine. The chorus had little to do, but did it well.

If you read this in time, it is one again tonight (Friday 31 May) at the Queen Elizabeth Hall.