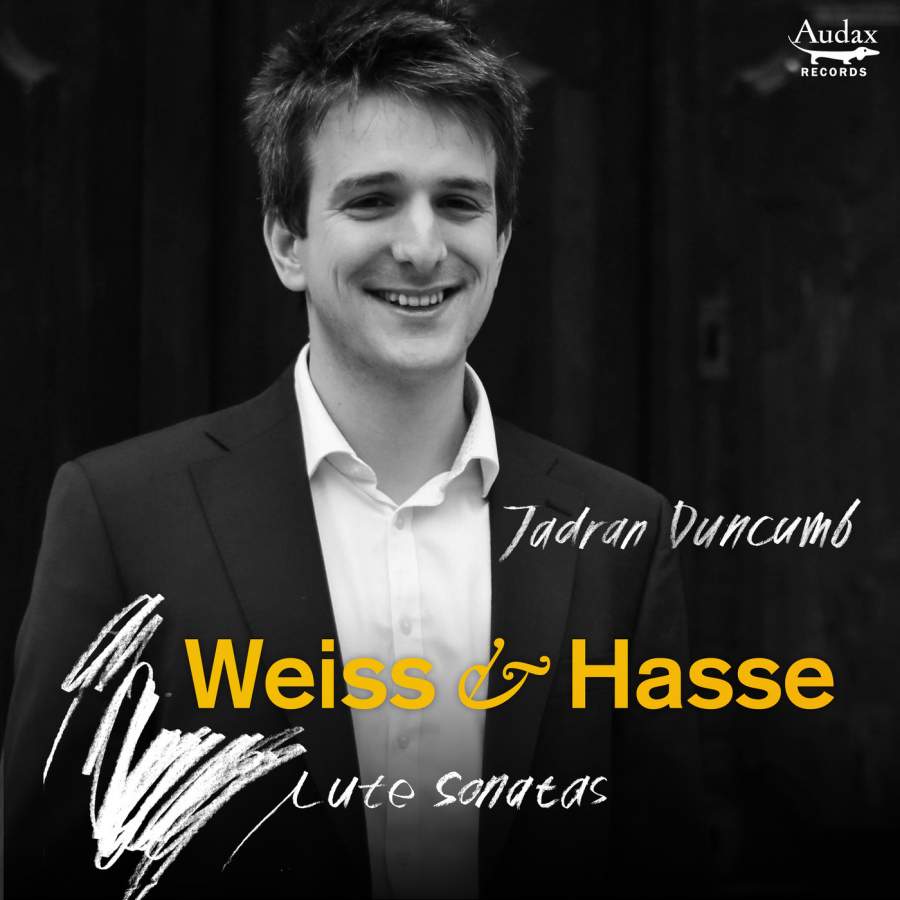 Rather like the mythical dying swan, the lute went through something of a peak as it approached its ultimate decline, along with the Baroque era that had provided it with so much music. The pieces here recorded by Silvius Leopold Weiss and Johann Adolph Hasse, close colleagues in the Dresden court orchestra, are amongst the last gasps of a centuries-old genre and represent a final flowering – until, of course, the last few decades. The two Hasse Sonatas were originally composed for harpsichord, but survive in a simplified transcription for lute, although for this premiere recording Jadran Duncomb has reinstated some of the original keyboard notes of the opening Sonata in A. This, and the Sonata in E flat (which is far from simplified in the lute arrangement), represent the move towards the Gallant style. They are from a set of four Sonatas dedicated to the wife of French Dauphin, the daughter of the Saxon Elector.

The Weiss Sonata in D minor is one of his finest works, its six movements reflecting a transitional stage between the late Baroque and the Gallant style of Hasse. The CD also includes Weiss’s reflective French-style Prelude in C minor, and concludes with his majestic Passacaglia in D major.

Jadran Duncumb plays with an exquisite sensitivity and a subtle inflexion of tone. Unfortunately there is a lot of background sound, although it is difficult to tell if it is Duncumb’s own breathing or the sound of his fingers on the lute. There are no photographs of the recording to check the microphone positions.

My review of Duncumb’s earlier recording, of music for baroque violin & lute by Bach & Weiss, with Johannes Pramsohler, can be found here.