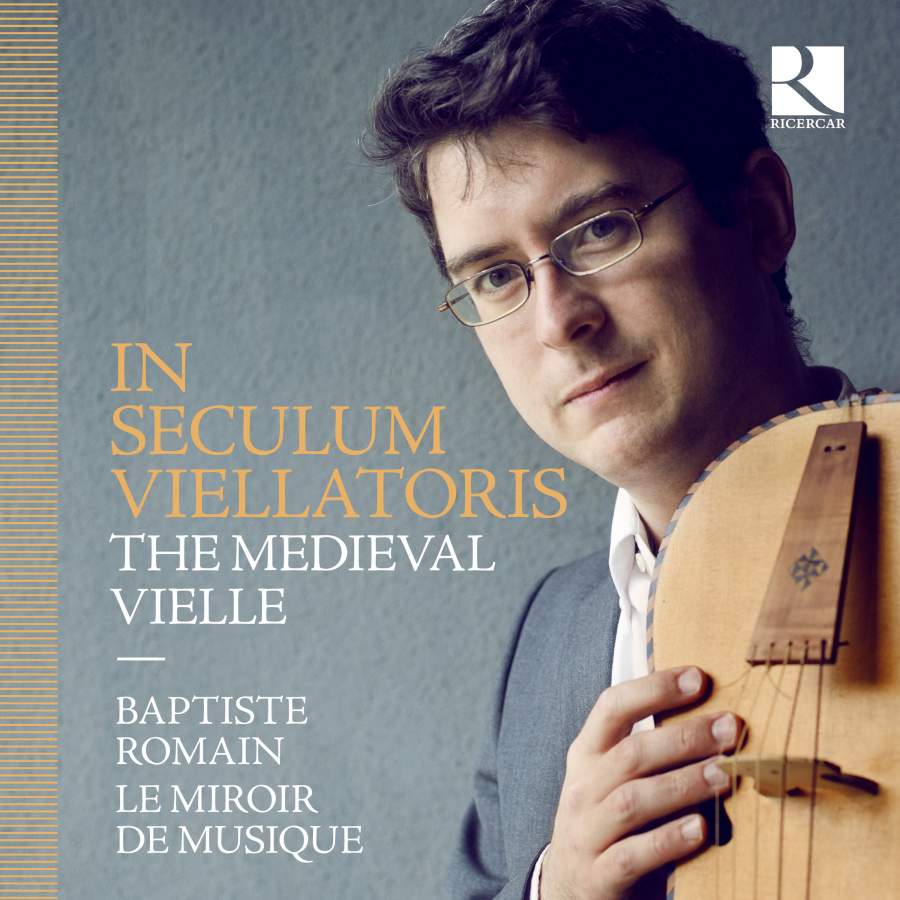 Baptiste Romain devotes this recording to the different varieties of the medieval bowed fiddle, or vielle, with a selection of troubadour songs, dances and polyphonic compositions from the thirteenth to the fifteenth centuries. The exploration opens with the haunting sound of soprano Grace Newcombe singing Ar ne kuthe ich sorghe non, the well-known tune here with an English text replacing the original Latin (a ‘contrafactum’), copied around 1274. The voice is accompanied by a crwth (or crowde), a Gaelic relative of the Nordic lyre that was popular in England and Wales in the Middle Ages, competing for popularity with the fiddle. There are five tracks with a singer, the remaining 11 are instrumental, with Baptiste Romain playing vielle, rubeba, crwth, or bagpipes, supported by well-judged accompaniments (often with just one or two instruments) from members of the ensemble Le Miroir de Musique. There are two pieces by Pedigon, a Provençal troubadour around 1200 who was famed for his playing of the fiddle (pictured below).

The only other named composers are Johannes Ciconia and Guillaume Dufay, each with one piece. The rest are all by the prolific Anonymous. A number of the pieces will be well-known to lovers of mediaeval music, but the interpretations here make this recording a worthwhile addition to your collection. The settings are refreshingly simple, with only the occasional burst of the percussion that can dominate medieval music making. The arrival of the bagpipe on track 12 is a bit alarming, but otherwise, the mood is generally reflective. This would make a very good introduction to the music of this period for those unfamiliar with it, as well as a must-have recording for aficionados. The other singers, alongside Grace Newcombe, are soprano Béatrice Dunoyer, mezzo Sabine Lutzenberger, and countertenor Paulin Bündgen. There are three other vielle players, together with harp and lute.

The CD notes give an excellent background to the development of the fiddle during the Middle Ages and, helpfully then describe the music in roughly the order in which they are performed – I wish more recordings would do this.