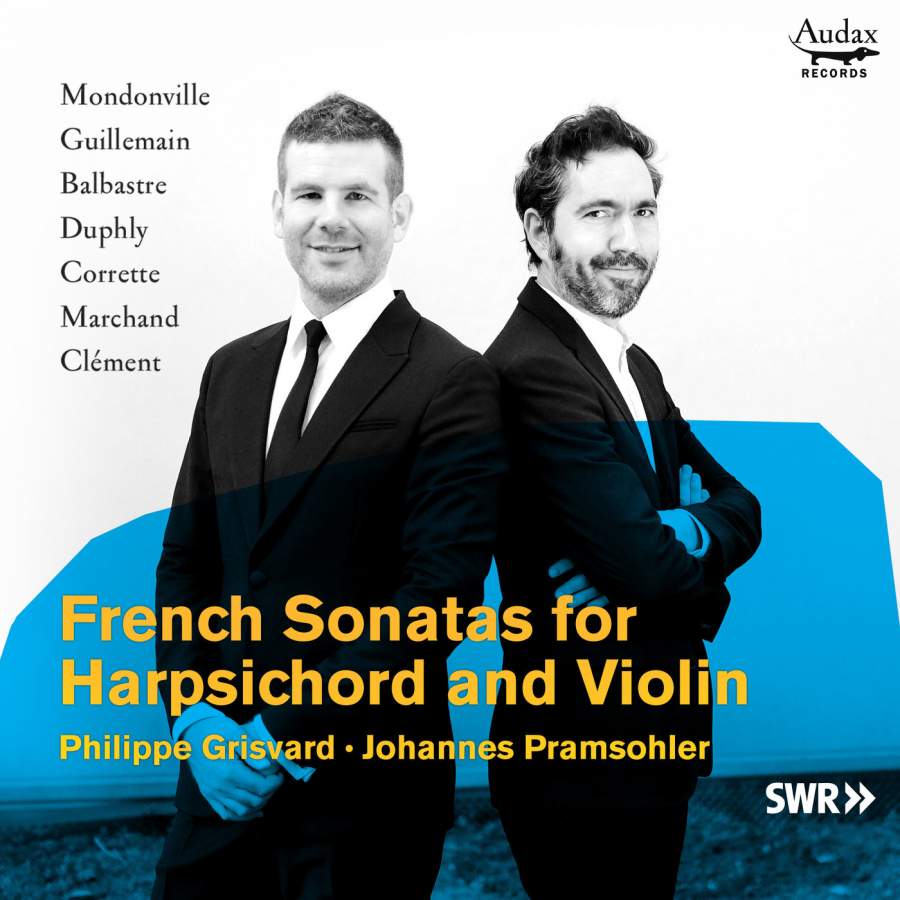 Jean-Joseph Cassanéa de Mondonville was the subject of two earlier Audax CDs, reviewed here and here. He is generally credited with moving the French harpsichord from a mere continuo supporting instrument to a role that became equal, or even supplanted, that of the violin with his 1740 publication: Pièces de clavecin en sonates avec accompagnement de violon. This started a plethora of similar pieces over the next 20 years from many different composers. It is a repertoire well worth hearing, and this recording is an important contribution to musical understanding of this middle period in French musical history, half way between the musical heights of the High Baroque in the years around 1700, to the more populist style of the latter part of the decade.

The playing of both performers is excellent, relishing in the exhuberance of many of the individual movements. Although the CD notes lists a chronological order of subsequent publications (which ranges from 1740 to 1760), the recording itself is not in that order. The music is sometimes quirky, for example, the anarchic opening of Luc Marchand’s Première Suite. It closes with a fine Carillon du Parnasse, at 5 minutes, the longest track on the two CDs.

My only quibble with this otherwise excellent recording is the volume balance between harpsichord and violin. All of the pieces are clearly designated as being for harpsichord with accompaniment from the violin, and the texture usually supports this. In fact, in some of the pieces from this genre, the violin can be omitted altogether, as it does nothing but mirror notes played on the harpsichord. In other pieces, the violin is often adding relatively insignificant musical details to the busy underlying harpsichord but, in all these pieces, the volume of the violin is very much louder than the harpsichord. It was perhaps unfortunate that the programme notes start by quoting a contempoary description of Mlle. Couperin (daughter of Francois) playing some Pièces de clavecin in front of the Queen “accompanied by M. Besson, who is especially practiced in exceedingly muting his violin in order to play these kinds of piece.“