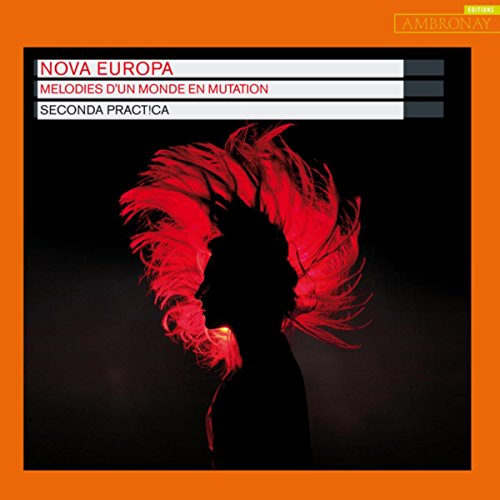 What a fascinating recording!

Seconda Pratica is an 11-strong young music ensemble specializing in 17th and 18th century repertoire, aimed at a 21st century audience. They aim “to engage with historic repertoire in a revitalizing way without ever losing sight of our inevitable modernity”. Since 2013, Seconda Pratica has been part of the Eemerging project (Emerging European Ensembles, part of the Creative Europe programme), which supports young early music ensembles. This recording is a part of their third year of support from Eemerging and the Ambronay European Baroque Academy.

In this recording, Seconda Pratica explore the musical and cultural heritage colonisation of South America by the 17th century Portuguese and Spanish.As the programme note explains, of the 25 million indigenous peoples of Mexico, only a few thousand survived into the following century, and the Andean population reduced by 80% in just 30 years. Along with the devastation of the local cultures and peoples came the introduction of a fierce Jesuit Christianity, brutally enforced. As well as the sword, the Jesuits used music as a means ut of such appalling conditions, came an extraordinary musical tradition, combing western liturgical art music with local folk musical traditions.

It is clear from Seconda Pratica’s notes that their music is aimed at addressing the political and social issues arising from this period of colonisation. They divide their programme into four sections, exploring music from the perspective of Distance, Missions, Creolisation, and Cathedral. Each section opens with a written text, the first from Michel de Montaigne, writing in 1580, who notes that “there is nothing barbarous or savage about this nation . . . except in so far as everyone calls barbarous what is  contrary to their own usage.”

The music in each section, and across the whole CD is very varied in style, ranging from plainchant to the lively dance-inspired sacred and secular songs. Their vocal and instrumental ability, as well as their musicianship, is immediately apparent. Whether in solo songs or in full consort, they produce a compelling sound, enriched by sensitive and imaginative use of instruments. I particularly liked their cut-down  version of Froberger’s Fantasia on ut-re-mi-fa-sol-la, where instruments take over and then merge with the opening solo organ. With 22 tracks, their grouping and contrasting of the pieces is well judged. There are many highlights, including track 11, the delightfully melodic Zuipaki from the Chiquitos archive and attributed to Zipoli. beautifully sung by soprano Sofia Pedro. Be warned – there is a silence of about 1’20 after the end of the final piece, before a unidentified gentle epilogue, not indicated in the track numbers or in the text.

Notes and translations appear in English and French.