Zelenka (1679-1745) is one of those composers that people might just have heard of, but few will be familiar with music of his music. For those in rather select audience at St John’s, Smith Sq, this was a chance to remedy the latter situation in a programme more-or-less devoted to Zelenka’s music. Born close to Prague he moved to Dresden around 1710 as a violone player in the Hofkapelle. After a period travelling in Italy and studying in Vienna, he 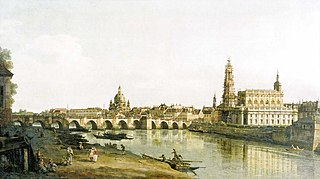 returned to Dresden where he became more involved in composing for the Court Church(left), which had taken on a new significance after the closure of the city opera house in 1720. His career path didn’t go quite to plan. Having been temporary Kapellmeister for a short period of time, he was pipped to the post of Senior Kapellmeister by JA Hasse in 1733. He was then appointed as a church composer. A few years later JS Bach, who knew and admired Zelnka’s compositions, was appointed as an (honorary) Royal Court Composer as a result of his well-known petition accompanying his 1733 ‘Dresden Mass’ – the Kyrie and Gloria of what later part of the Mass in B minor (See PS below). On his death, his compositions were purchased by the Saxon Court as valuable objects rather than performing scores, and remained hidden away in their archives until the 1950s.

The key piece of the evening was the concluding Missa dei Filii, one of the so-called “Missae ultimae” composed during the last years of his life. A substantial work in the two-movement form of the Missa Brevis, with just a Kyrie and Gloria, it demonstrated the direction that music was moving in to a far greater extent than any of Bach’s works do, despite being composed ten years before Bach’s death. Combining a complex mixture of Baroque and post-Baroque idioms, it includes fledgling aspects of the forthcoming Sturm und Drang and Empfindsamer style of CPE Bach and the early Classical style of Hadyn and the young Mozart. Zelenka’s use of dramatic orchestral textures was clear from the start, with the jagged octave leaps of the strings over a turbulant bass line (a feature of much of this violone-player’s compositions) of the Kyrie.

The Gloria opens with an extended chorus, again with octave leaps and with several passages seemingly based on chant or unison intonations, before the shorter separate sections introduce passages for soloists, principally soprano and countertenor. The Qui tollis has some curiously slithery violin passages to accompany a soprano solo, whilst the later Quonium has both orchestra and countertenor soloist imitating trumpet fanfare arpeggios. A monumental fugue led to a surprisingly bouncy and full-bloodied Amen. As is so often the case with amateur choirs, the Barts Chamber Choir were very much better when at full tilt.

In programmes where music by a composer like Zelenka is contrasted with music by Bach, the lesser-known composer nearly always has all their weaknesses cruelly exposed. That wasn’t the case on this occasion as the Bach piece was the curious chorus Nun ist da Heil und die Kraft, traditionally assumed to be an extract from a lost cantata, but very possibly not by Bach at all. It gave the chance for the singers to let rip, albeit after some very scary, and not entirely confident, exposed opening fugal vocal entries. Adding three trumpets to the orchestra tested the volume of the 27-strong choir.

Having presumably paid a vast fee to wheel in three trumpeters for one short piece, they were then left to do what trumpeters do, in this case by opening each half with one of Zelenka’s rather slight Trumpet Fanfares – not one of his finest compositional moments, but loud.

Conductor Julian Perkins gave impressively clear directions to both choir and orchestra, and managed to cope with playing continuo harpsichord as well, although he could practice quieter ways of moving the harpsichord seat when standing to conduct. The Spiritato orchestra coped well with some challenging music. Indeed, the highlight came with the focus on three of their players in a wonderful performance of Zelenka’s Trio Sonata (ZWV181/1) performed by Liz McCarthy, Joel Raymond and Inga Klaucke on violin, oboe and bassoon (not specifically named in the programme) with the evening’s conductor, Julian Perkins, playing harpsichord. The fact that Zelenka was a bass instrument player was immediately apparent with some spectacular and virtuosic writing for the bassoon, completely stealing the show, and well deserving the enthusiastic twixt-movement applause. Incidentally, the final applause of the evening was rather awkward – when the conductor and soloists walked off after their first bow, no doubt expecting to the return several times for more bows and an encore, the applause just stopped. A very late attempt by some obvious fans in the audience as the last members of the choir left the stage came far to late to redeem the situation.

PS. After publishing this review, I received two almost identical messages from two differently named anonymous writer/s (who turned out to be the same person) who stated rather emphatically that “Zelenka did not lose the position of ‘Church Composer’ to the Dresden Royal Court which he had gained in 1735 (as well as another Dresden composer, Tobias Butz). Bach was granted it in 1736, joining *alongside* them. The titles were concurrent and, as far as I’m aware, equal.” Whoever it was also wrote that it was “An interesting and insightful review, thank-you. It covered the performance aspects really well!”

There has since been further correspondence, which I will not quote here, and some distinctly unprofessional and emotively worded amendments to the Wikepedia article on Zelenka – which for several years has carried the warning that “This article needs additional citations for verification”. I have amended my original text, but I don’t think I will ever entirely satisfy what seem to be some rather determined fans of Zelenka.