Hypermnestre is a tragédie en musique by the almost totally forgotten French composer Charles-Hubert Gervais (1671-1744). It was first performed in 1716 at the Paris Opera (the Académie Royale de Musique) and was followed by several revivals. It sets a libretto by Joseph de Lafont based on the myth of Hypermnestra, one of the 50 daughters of Danaüs (Danaus), King of Argos. Danao had been told by an oracle that he will be murdered by one of his nephews. But he had 50 of them, courtesy of his brother, King of Egypt, so decided to marry all 50 of his daughters off to their cousins, with instructions to kill their new husbands on their wedding night. That they do, with the exception of Hypermnestre who refuses to kill Lyncée because he had respected her request to remain a virgin. The plot is similar to Francesco Cavalli’s much earlier Hipermestra, was performed at Glyndebourne in 2017 (review here).  END_OF_DOCUMENT_TOKEN_TO_BE_REPLACED

This is another in the series of recordings of French Baroque music directed by György Vashegyi with his own Purcell Choir and Orfeo Orchestra. It was recorded in Budapest’s Müpa concert hall alongside a performance given as the closing concert of the 2014 Budapest Spring Festival during the International Rameau Year, in conjunction with the Centre de Musique Baroque de Versailles. That was the modern-day première. Few would consider it Rameau’s finest opera, but in the true fashion of French Baroque opera, it is full of spectacular music. END_OF_DOCUMENT_TOKEN_TO_BE_REPLACED 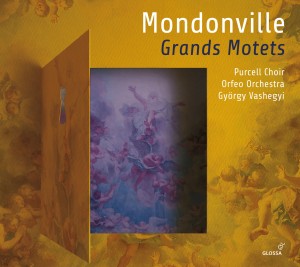 Jean-Joseph Cassanéa de Mondonville (1711-1772) was born in Narbonne in the south-west of France. He moved to Paris in 1733 and almost immediately came under the patronage of Madame de Pompadour, joining the Concert Spirituel and the Chapelle Royale as a violinist. Although continuing is career as a violinist, he soon rose through the musical ranks (becoming director of the Concert Spirituel and Maître de musique de la Chapelle) and also became famed as a composer of opera and sacred music. Although never quite reaching the musical heights of his predecessors Lully and Rameau, his compositions reflect the changing mood in the middle third of 18th century France. END_OF_DOCUMENT_TOKEN_TO_BE_REPLACED