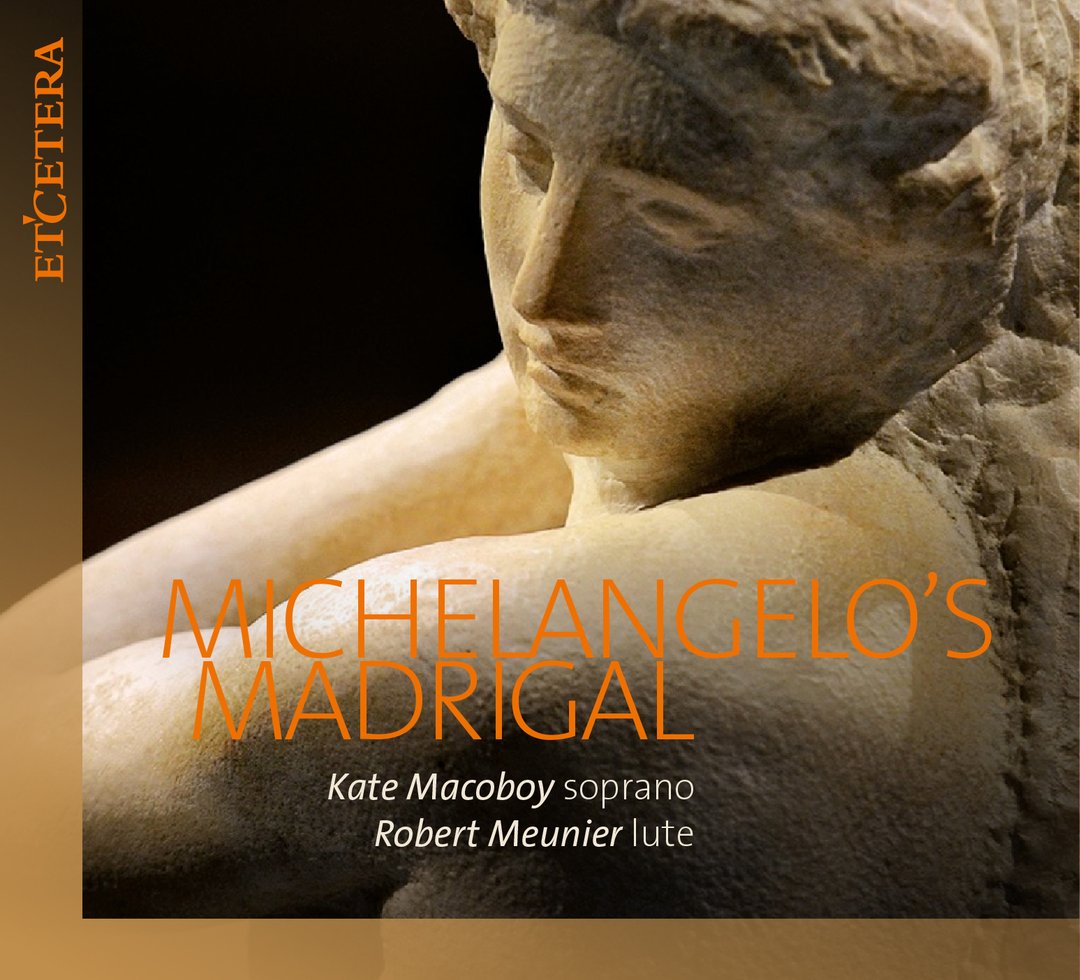 The ‘Michelangelo’s Madrigal’ of the title is Bartolomeo Tromboncino’s Come harò donque ardire, which sets a poem by the artist.  Between 1502 and 1521 Tromboncino was Lucrezia Borgia’s singer and lutenist. He wrote music for her 1502 wedding to Alfonso d’Este, the Duke of Ferrara, and for the famous Intermedi at the arts-loving Ferrara court. This delightful CD, released in October 2018, explores the musical world of early 16th-century Italy by Italian composers, rather than the more famous Northern European composers working in Italy at the time.

The simple melodic lines are deceptive. These Italian Renaissance songs are based on principles of rhetoric and oratory that imitates the style of an actor, using the natural rhythms of speech. Soprano Kate Macoboy sings with beautiful simplicity, allowing the focus to be on the texts while bringing her own degree of spontaneity to the melodic line. Robert Meunier’s lute accompaniments are well-matched to the mood of the pieces, supporting the voice without interfering. Although the gentle style of the CD lends itself to background music, it is worth listening more intently, along with the texts, to appreciate the nature of the performance style.

Although several of the composers are unlikely to be well-known, even to lovers of 16th-century Italian music, their contributions here are well worth exploring.

Even Bartolomeo (the name Tromboncino comes from the instrument that he played), the most prominent composer on this recording, is perhaps best known nowadays, if at all, for his colourful personal life which including murdering his wife for reasons that seemed perfectly apt at the time.

The recording venue was the often-used St. Martin’s, East Woodhay, in North-West Hampshire, its attractive acoustic allowing a focus on the musicians with just a hint of background space, as befits an essentially domestic setting. More information can be found here.