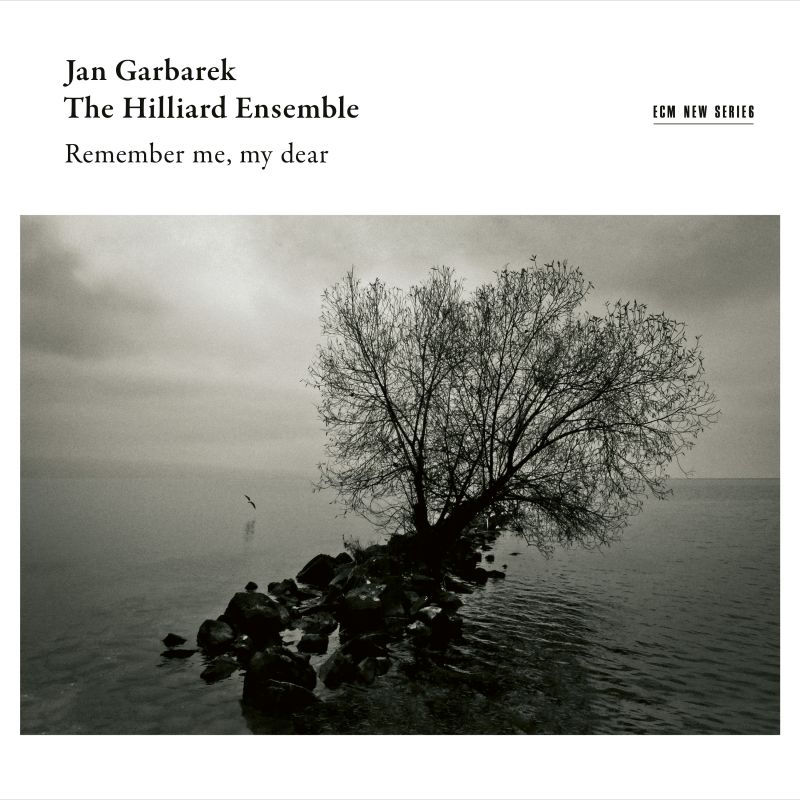 The 25-year collaboration between four a capella male voices of The Hilliard Ensemble and the Norwegian jazz saxophonist Jan Garbarek is one of the most extraordinary stories in the world of music. Although far from being the first example of cross-over partnerships, it was one of the most innovative. Engineered (in more ways than one) by ECM’s Manfred Eicher, the result was Officium, one of the most influential recordings of recent decades. Two others followed, plus extensive concert touring. After 40 years of performing and recording, The Hilliard Ensemble retired in 2014. Part of their final year of performances were appearances with Jan Garbarek, one of which is the focus of this live recording.

Remember me, my dear is rather broader in its musical scope than previous Hilliard/Garbarek recordings, not least in the inclusion of music from Armenia and from Garbarek himself, alongside more traditional Hilliard fare of Hildegard von Bingen, Pérotin, Brumel and Arvo Part – his Most Holy Mother of God sung sans sax by the Hilliards. The formula will be familiar to those who know the earlier recordings –  the Hilliards sing, relatively straight, while Garbarek improvises on saxophone.

The recording opens with a melancholic saxophone solo from Jan Garbarek, the voices slowly providing a background. This leads into Ov zarmanali by the Armenian priest and musician Komitas (aka Soghomon Soghomonian, 1869-1935). Another Orthodox piece is Litany by Russian composer Nikolai Kedrov, a contemporary of Komitas.  The liveliest moment comes with a very bouncy version of Pérotin’s Alleluia Nativitas, which segues into Hildegard of Bingen’s O ignis Spiritus. The title song, Remember me my dear, an anonymous 16th-century Scottish song concludes the recording. The two pieces by Gargarek are Allting finns and We are the stars, the latter based on a Native American text.

The way that Garbarek weaves his saxophone playing into the textures of the music is fascinating. Apparently, he studied polyphony and manages to add a fifth voice on a few occasions. At times it is difficult to work out whether it is a saxophone or a voice. It is probably obvious, but a recording made during a farewell tour is unlikely to be a vocally perfect as a more youthful version might have been.

I suppose it is inevitable, in what is essentially a farewell recording, that the programme notes (in English and German) say far more about the performers than what is performed. No texts are included, and there are only passing references to the music on the recording. It was recording during a live concert in a large church, and the acoustics of the space are a key part of the sound world. There is some movement of the performers around the space, but unfortunately a lot of audience noise. If the original recording had ever been intended for eventual release, it is a shame that rehearsal patches were not made to counter the audience interruptions.

That said, it makes a fitting tribute to a key part of the musical world over past years, although if you are new to the Hilliard/Garbarek partnership, I suggest you try one of the early CDs first.