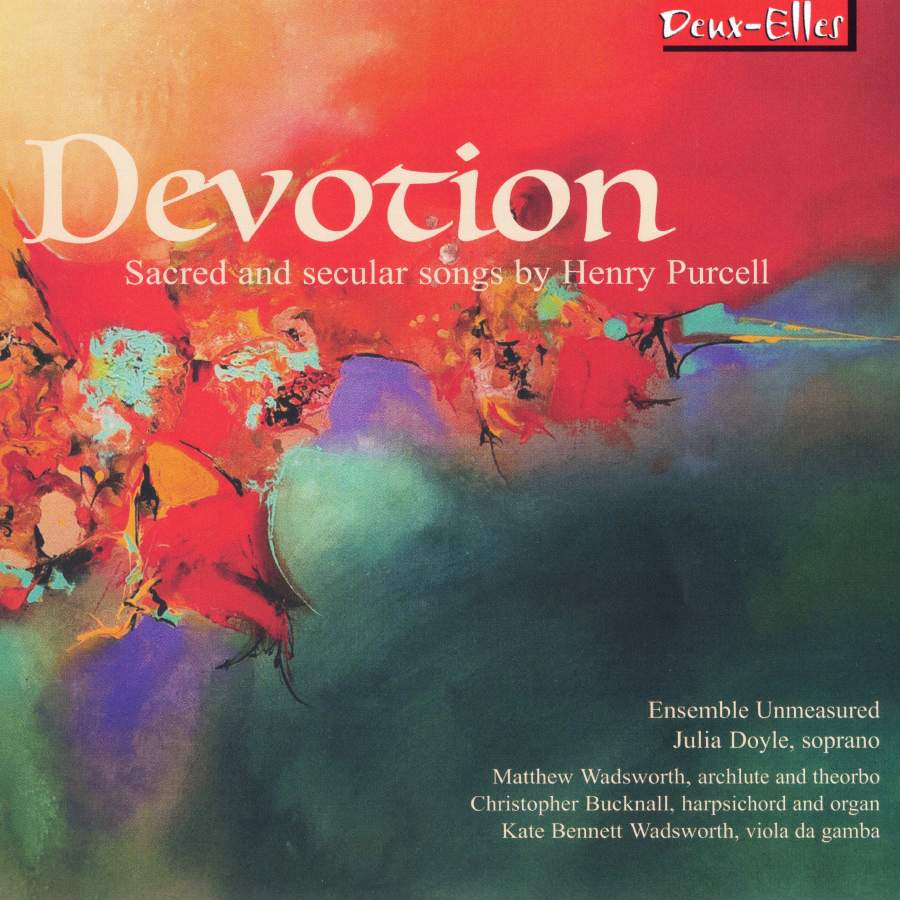 Ensemble Unmeasured takes its name for the unmeasured preludes and toccatas of the 17th century “but also refers to the magic of music itself, which cannot be measured or quantified”. In this debut disc, they are joined by soprano Julia Doyle, one of the finest singers of early music around for an exploration of Purcell’s ravishing and intense music.

The well-chosen repertoire is explained in the excellent programme notes by the group’s viola da gamba player, Kate Bennett Wadsworth albeit, sadly, not always in the order of the tracks. She explores the background to several of the songs, providing contexts that were not apparent from the text. Who knew, for example, that the well-known Music for a while, when heard in the context of its role in the 1692 revival of  John Dryden and Nathaniel Lee’s Oedipus, “was sung by the priests of Tiresias to lull the tormentor-guardians of the dead, so that the ghost of King Lajus can be raised to name his killer”.

Mixing secular and sacred music, the songs explore shades of lovesickness, devotion to another and to God. From the desperate cries of Gabriel in The Blessed Virgin’s Expostulation to the sauciness of When First Amintas Sued for a Kiss, the whole gamut of emotions are presented with Purcell’s unerring genius of exposing the intensity of individual words. Incassum Lesbia, one of Purcell’s three elegies on the death of Queen Mary in 1695is one of the highlights,

Jule Doyle’s singing is outstanding. She is one of the few singers who can perform a proper trill, without resorting lazily to vibrato. Her clean, stable and focussed voice draws you into the intimacy of the music. She is helped in this by the sensitive accompaniments from the three continuo players Matthew Wadsworth archlute & theorbo, Kate Bennett Wadsworth, viola da gamba, and Christopher Bucknall, harpsichord & organ. Their contributions are admirably simple, quite correctly supporting the singer rather than trying to dominate the proceedings.

From Rosy Bow’rs (Don Quixote), Amidst the Shades, Fly Swift Ye Hours, Lord What is Man, The Blessed Virgin’s Expostulation, O Solitude, O Fair Cedaria, The Fatal Hour, Music for a While (Oedipus), Incassum Lesbia, Sweeter Than Roses (Pausanias), When First Amintas Sued for a Kiss, An Evening Hymn Upon a Ground.