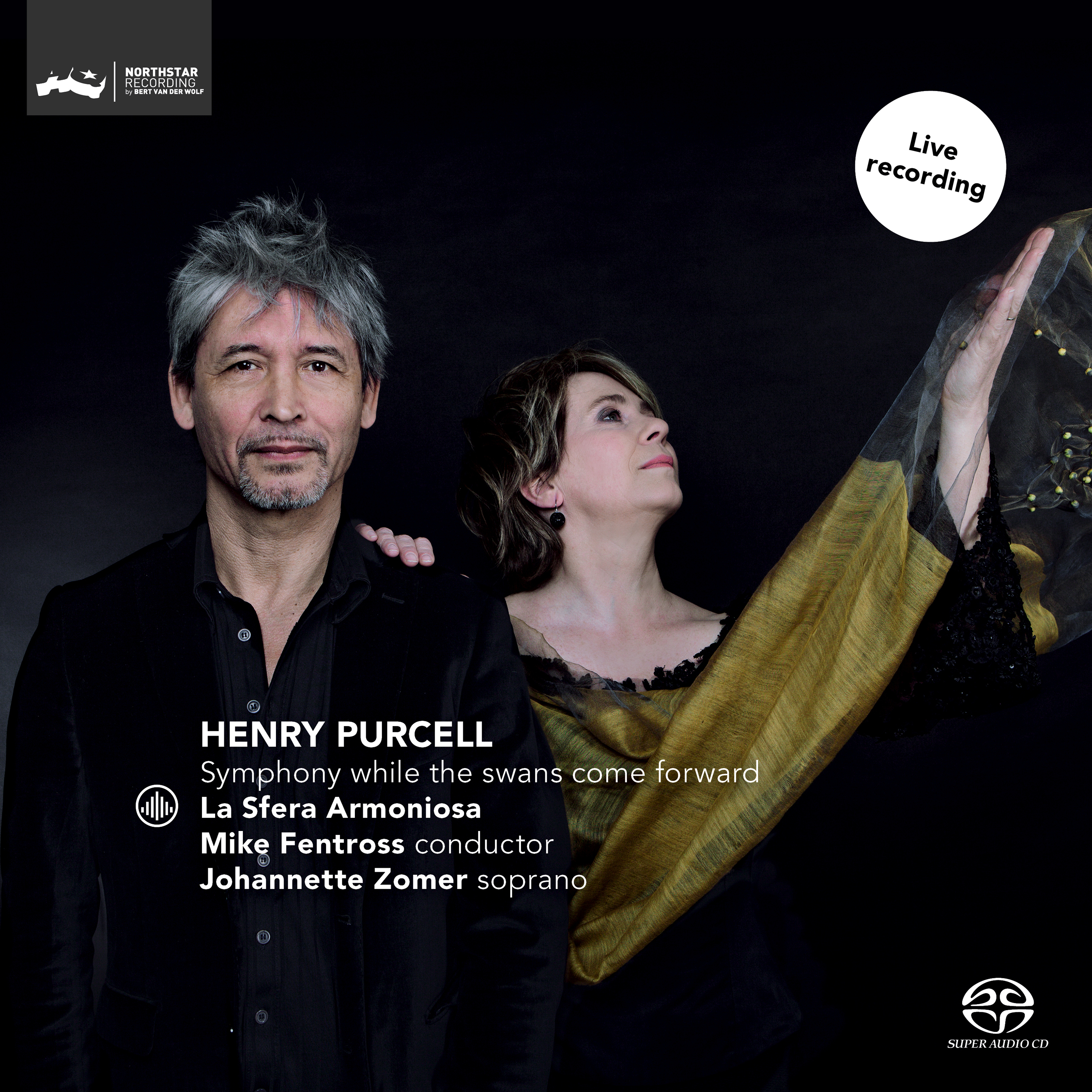 In this live recording, Le Sfera Armonioso present extracts from Purcell’s History of Dioclesian, The Indian Queen, King Arthur and The Fairy Queen. So far, so good. But this is a curious recording, raising questions about early music vocal and instrumental performance practice. To start with the positive: Le Sfera Armonioso clearly takes the period instrument issue seriously, to the extent that for this project they commissioned two new trumpets from Graham Nicholson, who also plays on the recording. They are replicas of the c1700 William Bull silver trumpet, owned by Purcell’s principal trumpeter, John Shore and housed in the Museum of Warwick. These trumpets have no finger holes, relying solely on the players’ lips to produce the notes, with the inevitable distinctive tunings, obvious from the start with the opening Symphony for trumpets and violins from Purcell’s History of Dioclesian. More information about the trumpets, and some extracts from the recording can be found here.

The rather self-congratulatory programme notes open with a statement from the orchestras founder and director Mike Fentross. He comments that “I was really moved when I heard my orchestra play the opening bars of the Purcell. I heard a sound that was quite different to what I knew from other present-day baroque orchestras.” For an orchestra founded in 1992 and apparently specialising in music from the 17th and 18th centuries, it does make me wonder what sort of instruments they had been playing for the past 25 years or so, given the enormous strides in period instrument performance over that period. With reference to gut strings for the strings, 17th-century bow holes, and authentic reeds for the oboes, and bass violins with 8′ pitch, Fentross comments that “We all felt the need to record this CD with these ‘experimental’ instruments”.

One of the weirdest of the ‘experimental’ instrument issues is the frankly bizarre percussion. Apart from frequently being too bombastic it often sounds as though the player has wandered around randomly hitting random things. I’ve no idea how he got some of the sounds but they include the sound of a tray full of crockery being dropped, following by s similar tray of cutlery. There is no evidence that Purcell used percussion in such an ‘inventive’ way in his music, and it is a serious distraction from the music.

The biggest curiosity is the style of singing. Despite detailed biographies about the groud, the director and the orchestra leader, there is no information about Johannette Zomer, but her voice is, to me at least, about as far from being period authentic as you can get. With an enormous and persistent vibrato, pitch and intonation suffer throughout, combined with vocal techniques such as portamento (sliding between notes) that belong to a very much later musical era.

There is no direct evidence that this is a live recording, although the placing of instruments in relation to microphones might have been better dealt with in a studio recording. Some of the quieter passages melt into the background, and the percussionist, bless his heart, seems to have had his own battery of microphones, the better to make us jump out of our seats in his more enthusiastic entries.

That said, there are some attractive instrumental moments, and it is always good to hear Purcell recordings.