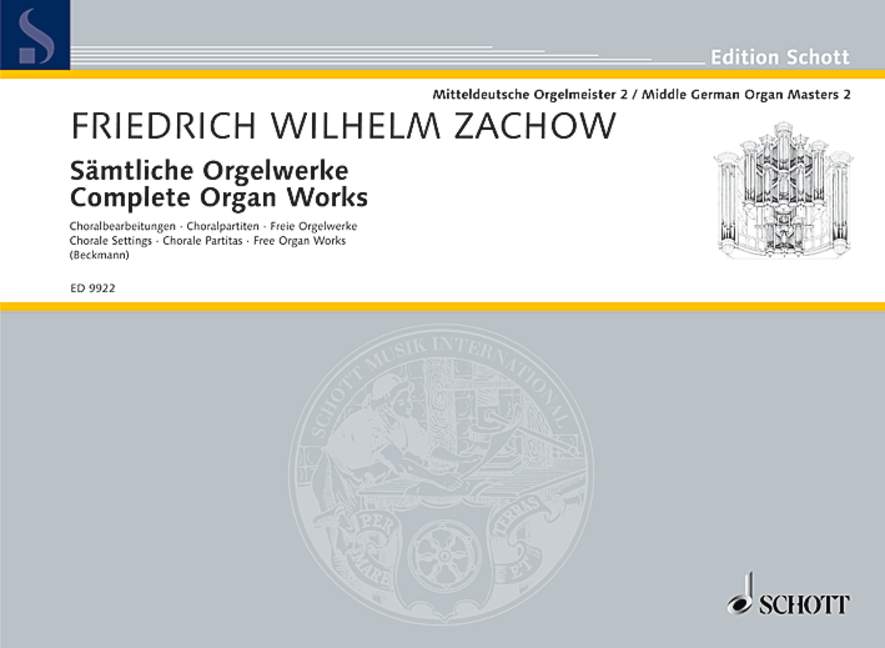 This edition of his complete organ works was published in 2005, edited by Klaus Beckman, replacing the earlier edition from 1905. The surviving organ pieces, most of which are equally suited to the harpsichord, are generally simple in style and are surely only a hint at the sort of music that would have improvised. They might have been intended for didactic purposes. The 53 chorale settings demonstrate a variety of styles, including a few chorale partitas. They are all sight-readable and suitable for use as chorale preludes. The 12 free works are potentially more interesting for present-day performers. The influence on Handel’s later keyboard music is evident, notably in the use of figuration.

The introductory notes, in German and English, are rather sparse with no mention of the organs that this music have been performed on, even though at least one of the instruments still exists. The detailed editorial notes are only in German. Despite that, the volume does give an insight into the music of central Germany, the historic home of the Bach family.