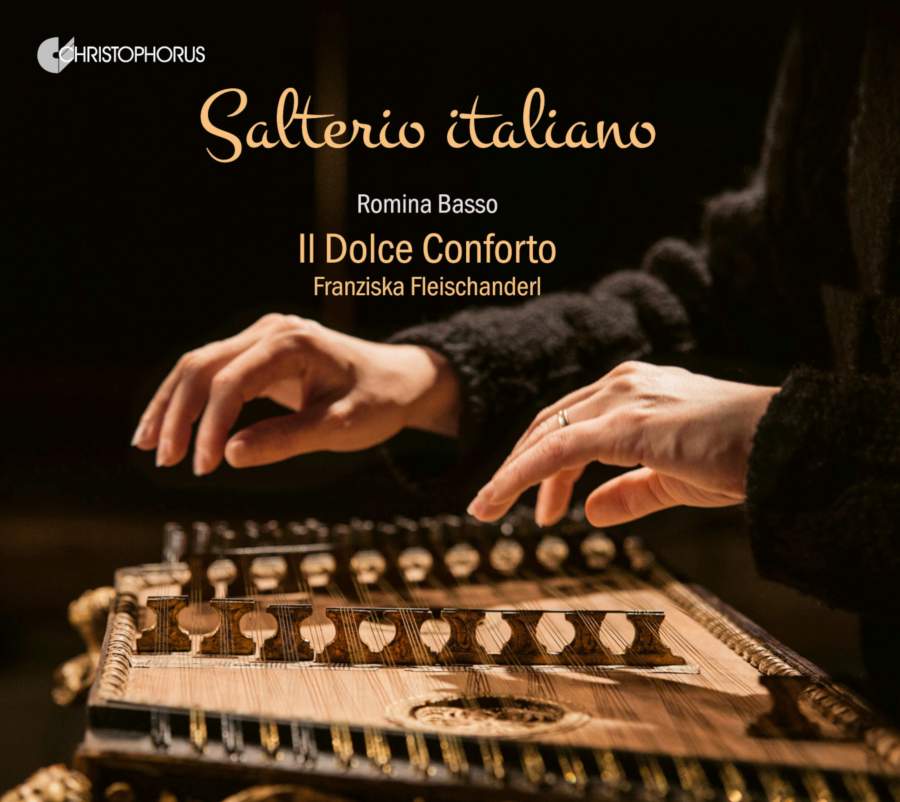 One of the most impressive concerts that I heard during July’s Itineraire Baroque (reviewed here) was given by Austrian musicologist and performer Franziska Fleischanderl, demonstrating and playing the Salterio, a delightful little instrument related to the psaltery or dulcimer.  Playing her own restored original instrument, dating from 1725, she explored the many different sounds of the instrument, created by playing battuto (using wooden or leather-covered little mallets) or pizzicato (plucked by the fingers). The Salterio was very popular in Italy during the 18th-century, principally amongst aristocratic players. Her own researches into the instrument and repertoire have revealed a wealth of information and many surviving original instruments. For example, in her excellent liner notes, Fleischanderl mentions a college in Bologna where forty young aristocrats studied the instrument, her researches discovering a change in playing style (from battuto to pizzicato) around 1735, based on the students’ purchasing records. You can read more about the instrument, and Franziska Fleischanderl’s research here.

This delightful CD presents a range of Italian Salterio music from northern to southern Italy, using both playing techniques (pizzicato and battuto), with music from the Ospedale della Pietà in Venice, and from composers based in Rome, Bologna, and Naples, including cantatas for voice and Salterio by Martini and Rossi. If you haven’t heard the sound of a Salterio, you may initially find it difficult to place its delicate tones. It seems to combine the tonal world of several other instruments of the time, but has the ability, with different playing techniques, of producing many different sounds. Cello and keyboard support come from Fleischanderl’s own group Il Dolce Conforto, the name coming from a poem by the Salterio virtuoso Giovanni Battista Dall´Olio, who described the Salterio as a “soft comforter of aristocratic ears”.

Mezzo Romina Basso sings two cantatas on the same Holy Week liturgical text by Giovanni Battista Martini (Bologna), and Girolamo Rossi (Naples). These demonstrate the contrasting styles of vocal cantatas between North and South Italy at the time, and the influence of operatic style, particularly in the cantata by Rossi. Martini’s motet is simpler in style, but has the same recitative/aria format.  The combination of Salterio and harpsichord in both these vocal piece is particularly effective.

Whether you are specifically interested in this unusual and little-known instrument or not, this is a most impressive recording of fascinating music, well performed and well presented. It can be purchased direct here, along with an earlier CD.