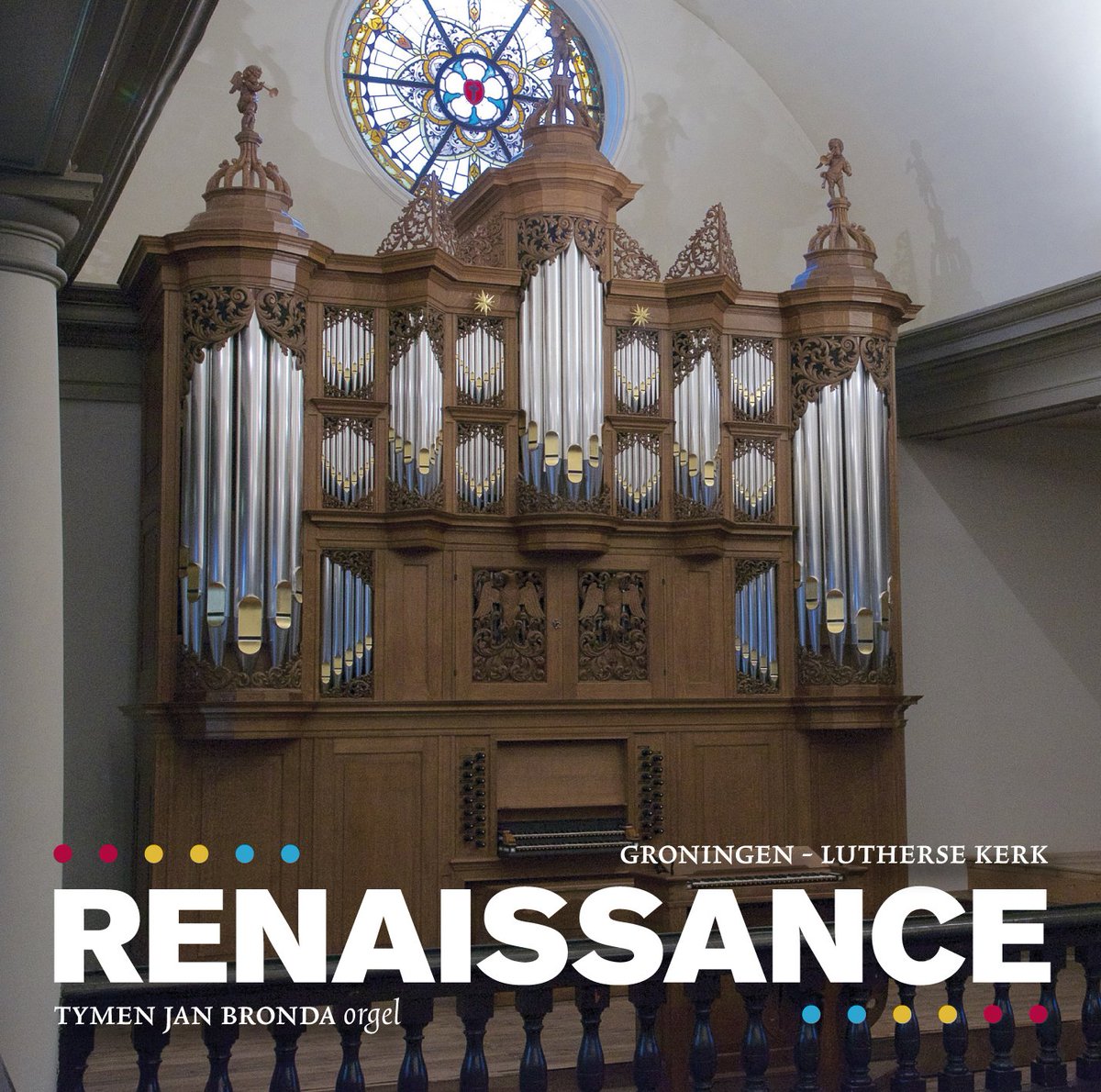 The 2017 Groningen Schnitger Festival (reviewed here) focussed on the opening of the new organ in the Lutherse Kerk, a reconstruction of the Schnitger organ that was built for the church in 1699, with extensions to Schnitger’s plans in 1717. Schnitger gifted the organ to the Lutheran community in recognition of the time he and his German workforce spent in the church while working in Groningen on the now internationally famous organs in the Martinikerk and Aa-Kerk. Since 2001 the Lutherse Kerk reintroduced the tradition of Bach cantatas into the services, leading to the foundation of the period instrument Luthers Bach Ensemble and plans for an organ suitable for use with Bach cantatas. The Groningen born but Swiss-based organ builder Bernhardt Edskes was commissioned to build the new organ, based on the 1717 incarnation of the original Schnitger organ. This CD by church organist Tymen Jan Bronda is the first to be made of the new Schnitger organ.

The CD programme is well suited to the style of the organ, particularly the pre-Bach North German repertoire for which Schnitger organs were so appropriate. These were the organs that Bach experienced in his youth, so the inclusion of some Bach (albeit composed later than his North German time and for the very different organs of Saxony and Thuringia) is appropriate. The seemingly incongruous inclusion of Frescobaldi, whose organs were entirely different, acknowledges the influence that he had on North German composers.

Unlike the two large Schnitger organs in Groningen, both of which speak into large acoustics, the Lutherse Kerk is a small church with a dry acoustic. The acoustic is often referred to as the ‘most important stop on the organ’, but a less friendly acoustic does have the ability to focus on the detail of the music, and the playing. Organs in venues like this are excellent for practising on, but scary to play in public as every tiny slip will be exposed. Tymen Jan Bronda’s playing is neat and well-articulated, demonstrating an appreciation of a suitably period style of performance. The two three-verse pieces by Mattias Weckmann (Nun freut euch and Ach wir armen Sunder) are particularly effectively played, as well as being very fine pieces. Scheidemann’s dramatic Dic nobis Maria is a powerful example of one of the duties of a Hamburg organist – to play intabulation on the motet that would have been sung if the city choir was not singing elsewhere at the time. For this example, he introduces compositional aspects of the North German choral fantasia genre.

The recording quality is reasonable although, because of the nature of the acoustic, there is some action and (I think) pedal clunks that could perhaps have been edited out. The gaps between the tracks also fade to complete silence, rather than retaining the usual ‘silent’ acoustic background of an empty space. There is a bonus DVD which includes interviews with Ton Koopman (in Dutch) and Masaaki Suzuki, together with pieces by J.S. Bach recorded live during the inaugural concert on 31 October 2017 – In dir ist Freude and the motet Singet dem Herrn. Programme notes are in english, Dutch, and German and include  the organ specification and registrations for the pieces. I am not sure how accessible this CD will be in shops outside of The Netherlands, but it can be ordered via the email cd_bestellen@kpnmail.nl at €15, plus shipping costs.