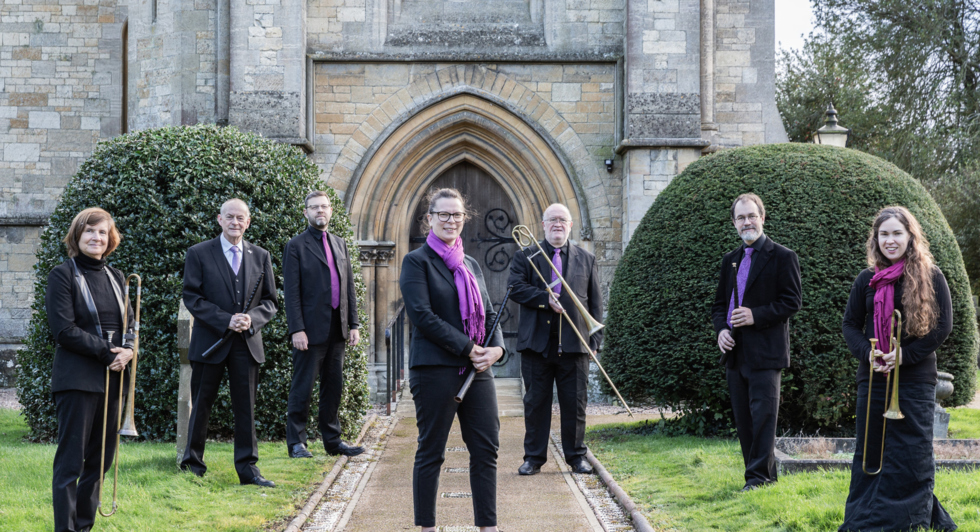 His Majestys Sagbutts & Cornetts (named after a reference in Matthew Locke’s music for Charles II’s 1661 coronation) celebrated their 35th anniversary in style with an impressive concert in St John’s, Smith Square, a few yards from the site of Charles II’s coronation and a short walk from the site of their debut concert in St Martin’s-in-the-Fields. It says something for their early promise, and the recording industry of the early 1980s, that they were offered a recording contract during the interval of that concert. Times have changed in the recording world, but HMSC continue to reinforce their reputation as pioneers of period instrument and performance practice. Two of the original members were playing (Jeremy West and Stephen Saunders), and several more were in the audience. They have replenished themselves over the years, and now include one player who is younger than the group. They also brought in two recently graduated sackbutt players for the 8 and 10-part works that concluded each half.

I have reviewed HMSC many times over the years, but usually together with a choir in the spectacular Italian Renaissance repertoire. So it was good to hear them on their own, here supported by just two singers, Charles Daniels and Ben Davies. Their programme included music from their many recordings. Alongside the inevitable Giovanni Gabrieli came a welcome chance to hear pieces by two of his lesser-known near contemporaries, Gioseffo Guami, who worked with Willaert and Lassus before being appointed First Organist at St Mark’s, Venice, after glowing testimonials from the church musicians, and Giovanni Battista Grillo, who first succeeded Gabrieli as organist of the Scuola Grande di San Rocco and, later, Guami at St Mark’s. we also heard two pieces by Giovanni Picchi from the following generation of Venetian musicians, who replaced Grillo at San Rocco and composed in the fledging Baroque idiom.

They played either side of the central organ (the rarely heard Mander ‘Raspberry Ripple’ organ usually hidden away at the side of the SJSS stage). In the large-scale works, the two singers joined the instrumentalists, who played the remaining vocal lines ensuring, as was the practice at the time, that the full text was always sung complete by one or other of the singers. Tenor Charles Daniels usually sang the upper line above the sagbutts, while Ben Davies sang the lower part beneath the cornetts.

The music ranged from grand polychoral such as Grillo’s Misericordias Domini a 8, and Gabrieli’s monumental Deus qui Beatum Marcum a10 to more intimate pieces with the two singers and continuo organ. One of the finest of the latter was Guami’s O Maria a 2. Equally impressive was Guami’s five-part In die tribulationis. As well as accompanying, William Whitehead played two solo organ Toccatas, by Gabrieli and Guami, the latter found in Diruta’s treatise on organ playing, Il transilvano, of 1593. Both exhibited typical florid passagework set against relatively static harmonies.

The programme was well thought out, and the playing and singing was, as expected, excellent. Jeremy West introduced some of the pieces amidst reflections on 35 years of music making by His Majestys Sagbutts & Cornetts. Matthew Locke would have been proud.