Those that have followed the Gabrieli Consort and Paul McCreesh over the years will know that they rarely do things by halves. In their early years, this included such seminal recordings as, for example, 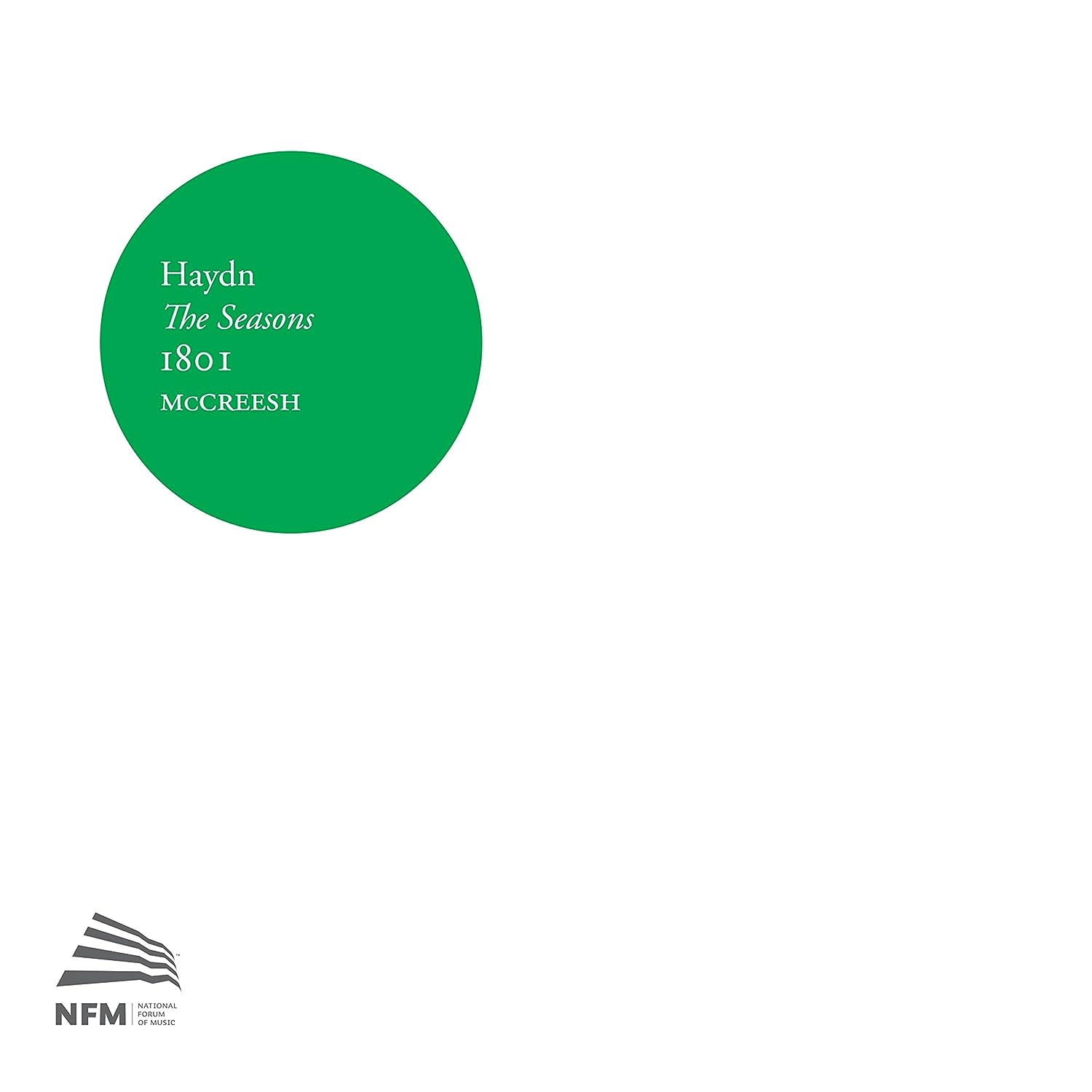 their 1994 reconstruction of a Lutheran Christmas recorded with massed forces in Roskilde Cathedral, the latter chosen because of its important historic organ. In recent years they have built close connections with the National Forum of Music in Wroclaw, Poland. This much heralded recording of the 1801 version of Haydn’s The Seasons is the latest of those collaborations. The opening thunderous wallop on the timpani will warn you that this is a recording of some drama and punch. Using a new performing edition (and English translation) by Paul McCreesh this is the first recording to feature the large orchestral forces that Haydn called for in some of the early performances, with a string section of 60, 10 horns and a choir of 70, using the combined forces of the Gabrieli Consort & Players, Wroclaw Baroque Orchestra and National Forum of Music Choir.

Often overlooked in favour of The Creation, The Seasons is in many ways a more forward-looking work, with more of a hint of the romanticism that was eventually going to overtake all the arts. Although not overtly sacred, Christianity is never far from the surface in van Swieten’s text, in contrast to the prevailing secular Enlightenment views of the time. The often pious sentiments are delivered by representatives of three country folk: Hannah (soprano), Lucas (tenor), and Simon (bass). Haydn switches between music reflecting the nature of the four seasons, the musical world of the ‘country folk’, and the religiosity inherent in the text, the chorus frequently reminding the country folk of their need to praise God at all times. As in The Creation, he relishes the sounds of nature in, for example, his depiction of quails, crickets and frogs, although these examples were apparently included by van Swieten against Haydn’s wishes. At times it can be a curious musical mixture, and one which McCreesh’s interpretation emphasises.

An issue with The Seasons, at least for English-speaking audiences, is that van Swieten used an English poem as his source but wrote the libretto in German (as Die Jahreszeiten) and then back-translated it into very poor English. Paul McCreesh has rescued the English text by producing his own very effective English translation, in 18th century style, making far more sense of the literary concept and its fit with the music. For that reason alone, this recording is worth a listen by those who had tried, and failed, to appreciate other English language versions.

The soloists (all British) are Carolyn Sampson, Jeremy Ovenden and Andrew Foster-Williams, all three on exquisite form. The extraordinary clarity of their diction (aided by a full transcript of the words in English and Polish) certainly brings the listener closer to the musical and literal world that Haydn was depicting. One interpretation issue that took me repeated listening to get used to was the extent to which they are encouraged (to varying degrees) to over emphasise the words, associated word-painting and musical phrases. I still wonder about this. Although not resorting to cod-Zummerzet accents, they occasionally come a little too close to that type of interpretation for comfort. Musically, this leads occasionally to an exaggerated portamento; not, I think, something that Haydn would have encouraged. This is one of those pieces where, to modern ears, much of the text is nonsense. It is sometimes better to not have the faintest idea of what the words are, hence the advantage of listening to the original German text.

Perhaps the biggest selling point for this recording is the orchestration. McCreesh relishes the chance to use the enlarged orchestra that Haydn used for some early performances, producing an astonishing range of orchestral colour. The full resources are only used when required, smaller orchestra forces accompanying recitatives and quieter movements. The moment of real panache comes with the Autumn chorus Hark, hear the sounds of the chase when no fewer than 10 period horns blast out – an extraordinarily impressive sound, notable for the natural horn’s rather relaxed approach to hitting what we could today consider the ‘right’ notes.  It is followed a little later by several choir members taking up tambourines for the ‘percussion’ that Haydn marked in the score of his drinking song, but didn’t specify.

If you are not familiar with The Seasons, this is the recording to go for. Paul McCreesh’s English translation is excellent, the singing and orchestral playing is outstanding and the minor quibbles I have mentioned do not take away from my feeling that this is an important contribution to the musical understanding of Haydn.

The booklet texts are in English and Polish.