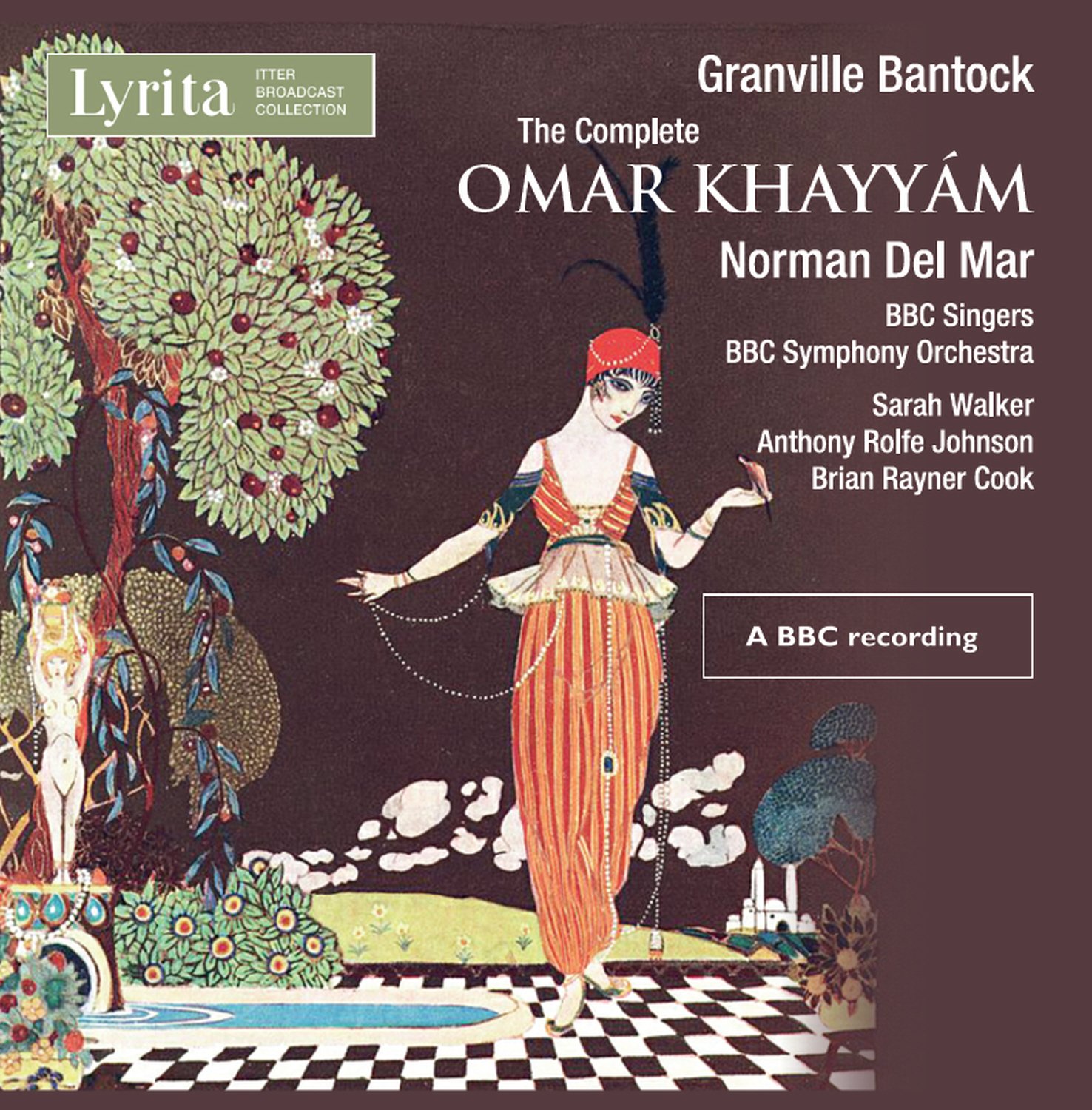 Sir Granville Bantock is a curious figure in English musical history. Born in 1868 to wealthy but non-artistic parents, his career was directed towards the Indian Civil Service until ill-health forced a brief diversion into chemical engineering before starting full time music study aged about 20. He toured several of his light musicals, and had a brief attempt at journalism. His subsequent musical career was similar to so many musicians who fail to make the big time, achieving a degree of fame in provincial settings, but rarely breaking into the internationally important London scene. After a spell as conductor in Wallasey and Liverpool he settled in Birmingham, eventually becoming Professor of Music the University, for which he was knighted aged 61. He was a champion of many composers, including Sibelius, Prokofiev, and Delius, and also admired the music of R. Strauss and Wagner.

Despite his musical influences, his 800+ works seem to have carefully avoided the more adventurous musical paths of his contemporaries and heroes, and he remained solidly Victorian until his death in 1946. Despite the continuing survival of a Bantock Society after Bantock’s death (whose first president was Sibelius) and a brief showing during the 2013 BBC Proms, his music is more-or-less forgotten now. He amassed a vast collection of oriental objects, and much of his music reflects that interest, including Omar Khayyám, based on FitzGerald’s English translation of the 12th century Persion collection of short four-line quatrains. The ancient text fitted the increasingly humanist and anti-religious sentiments of the day, held by many educated people.

This vast choral work was composed between 1906 and 1909, the three sections (imaginatively titled Part I, Part II, and Part III) being premiered separately in Birmingham and Cardiff. Bantock created three characters from the poems, The Poet and The Beloved who take on most of the love interest, and The Philosopher in a more reflective role. It is scored for an enormous orchestra of quadruple winds, six horns, triple brass, and two string orchestras positioned either side of the conductor. Despite some initial interest, and a few performances (of parts or complete) it failed to compete with such works as Samuel Coleridge-Taylor’s Hiawatha trilogy composed a few years earlier. Commentators have not been kind to it, a BBC report of a 1951 performance suggesting that it was the “noisy wanderings of a mind which seemed to impose on itself no artistic discipline”. A later BBC writer commented in 1944 that “so much of [Bantock’s] music seems very dull these days”. In 1948, another writer suggested that “there is nothing in this music … to justify its revival”, going on to refer to Bantock’s “innately commonplace mind”.

Considerable pressure was put on the BBC to broadcast the work in the decades after Bantock’s death, not least by his overly-enthusiastic wife. That eventually came to fruition in 1979, when Norman Del Mare conducted a studio recording before an invited audience in the Maida Vale studios, apparently with very little chance for rehearsal or retakes. This CD release is of that broadcast, saved for prosperity by the initiative of recording enthusiast Richard Itter who recorded live BBC broadcasts off-air from his home, fortunately close to a VHF/FM transmitter and with impressive recording equipment. The Itter Broadcast Collection is now bringing several of those recordings back into the public domain, as can be seen here. This CD remains the only complete recorded performance of the work, the only other recording making around 20 minutes of cuts. The recorded sound is fine, given the age, although there is the inevitable background his, audible at the start of tracks and in the quietest moment. But Bantock soon counters those with his characteristic Bruckner-like blasts from the brass and full orchestra.

Although it is a little beyond my usual musical horizon, it was fascinating, if a little frustrating, to listen to. Bantock enthusiasts, or others bent on collecting works of this ilk will of course lap it up. More casual listeners may end up feeling, with me, that, given the huge advances in musical composition and thinking in the years since Bantock’s death, there is little with which to argue with the BBC commentators of the 1940s. The three additional works give a wider perspective to Bantock’s compositional style.