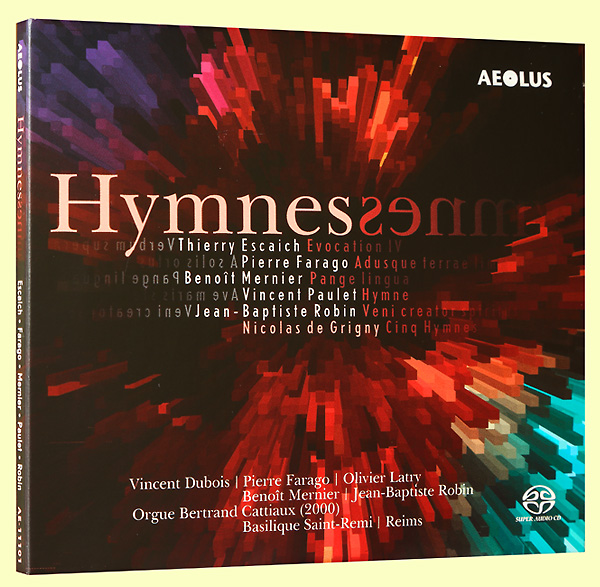 This fascinating double CD stems from the 800th anniversary (in 2011) of the laying of the first stone of the Cathedral of Reims, where Nicolas de Grigny, the finest organist composer of the French Baroque era, served as organist from 1696 until his premature death in 1703. The current organ in the cathedral is not suitable for the performance of their most famous composer’s music, but the nearby Basilique St-Remi has a Bertrand Cattiaux organ, built in 2000, with the registrations required for the French Baroque repertoire. In an enterprising initiative, the “Association Renaissance des grandes orgues de la Basilique St-Remi” started a musical project in homage to de Grigny by inviting five contemporary composers to write a new work for organ based on one of de Grigny’s five hymn settings. 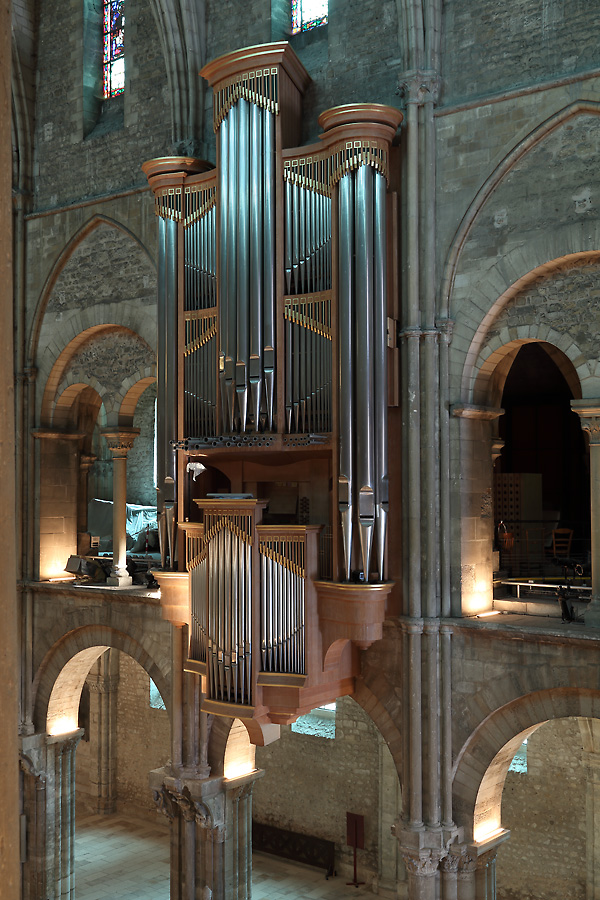 This double CD includes extracts from a series of recitals given by five different organists on the St-Remi organ combining the de Grigny hymn setting with the new compositions. It opens with de Grigny’s Hymn: Ave maris stella, the sound of the concluding Grands Jeux continued into the massive fff chord that opens of Vincent Paulet’s Hymne, representing the portal of a great cathedral. This was the first of the commissioned works, and musically represents both the music of de Grigny and the vast Reims Cathedral. The powerful opening soon dies down to a series of reflective tonal scenarios, representing a progression through the detail of the cathedral, and incorporating elements of de Grigny’s music. The performer is Olivier Latry, to whom the work is dedicated.

Benoît Mernier Pange lingua incorporates the three de Grigny verses in alternatim with his own four verses, to complete the seven verse hymn. The outer two verses form a prelude and fugue enclosing the other verses, the two other Mernier ones being more meditative and reflecting the time span of a choir singing the alternatim chant verses.

De Grigny’s verses on the hymn A Solis Ortus are followed by Pierre Farago’s Adusque terrae limitem, a nine-minute reflection played on just three stops of the organ.  De Grigny’s Verbum Supernum ends without the expected Grands Jeux movement, so Thierry Escaich provides that with his Evocation IV, its filigree opening leading to a grand conclusion with the intention, according to the rather flowery programme notes, of “… sweeping the listener into a paroxysm of agitation and tension that leaves him flabbergasted … “.

This is fascinating contrast between one of the finest French organ composers and his present day successors.